The formal portrait gives away nothing of their extraordinary family history. At the time this picture was taken, the Skeppstedts (now Shipstads) had settled at St. Paul, Minnesota, after having emigrated from Sweden. Father Frank Otto had found work at a foundry but barely brought in enough to feed his family, that would eventually count ten children.

Yet one of the boys in this portrait, Eddie, was to become one of the biggest names in the American entertainment industry. 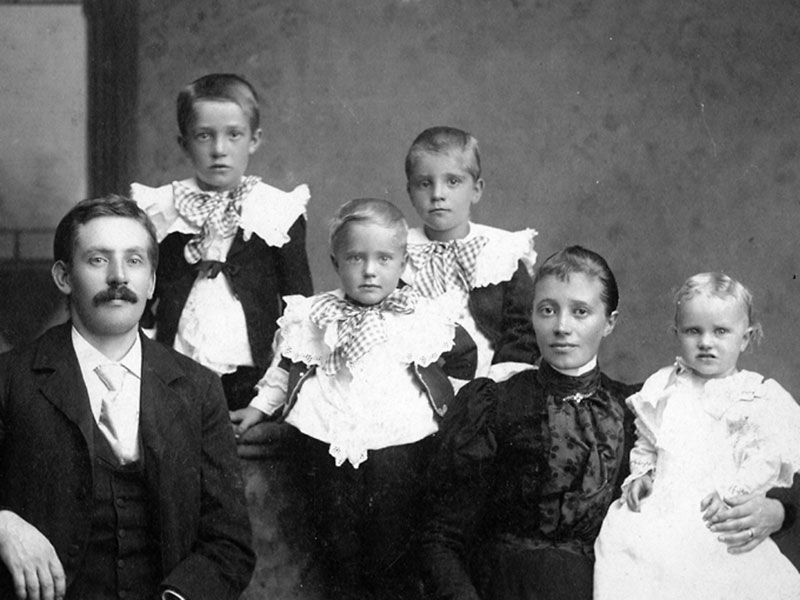 It all started in St. Paul, when Eddie (at the time a seller of typewriters) met Oscar Johnson (who worked as a chemist) and joined him in skating on the frozen lakes. Soon they were practicing stunts and got hired to do their act during half-time shows for St. Paul's professional hockey team and New York Rangers games.

Then they were asked to put together a complete variety show on ice. In the meantime, Eddie’s brother Roy Shipstad - a talented skater who won several amateur titles - teamed up with Eddie and Oscar. Together they produced a first show as a charity benefit performance. Afterwards, they decided to take the show on the road.

From these early ventures, in 1936 Shipstad's and Johnson's Ice Follies were born: the first traveling extravaganza on ice.

The Ice Follies were among the pioneering ice shows that would thrive throughout the 20th century, combining skating with theatre, music, lighting, choreography, music hall entertainment, elaborate props and costumes.

Their main attraction was the complete novelty of the spectacle, that soon rivalled the more old-fashioned circus show in popularity. And thus business took off, with Metro Goldwyn Mayer even producing a film with Ice Follies in 1939. Also in 1939, the comic skating duo Frick and Frack joined the show.

Soon many other shows started building upon the Shipstads’ success, such as the Hollywood Ice Review, the Holiday on Ice shows (using ingenious mobile rinks) and the Sonja Henie Ice Revue. 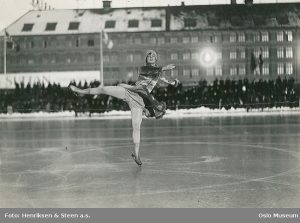 Yet the Ice Follies would remain – together with the Ice Capades – among the most successful, playing for over 60 million people in 30 years. In the mid-1960s the Ice Follies were placed within General Ice Shows Inc, that would later buy Holiday on ice as well.

When Mattel acquired both shows in 1979, the idea arose to collaborate with Disney. This resulted in the Disney World on Ice tours, that took off in 1981 and run to the present day.

As for the Shipstads: along with the permanent change of their last names, their American adventure brought them fame, fortune, and ... tons of ice! For Eddie’s son and grandson - both named after him – would make their careers directing ice shows as well, while Roy’s daughter Jill would tour with the Ice Follies as a star skater for many glorious years.