Rewards of the races: running and European athletes

Whether short or long distance, running has multiple incentives and rewards

Since prehistoric times, humans have been running. In those days, while hunting animals, the main reward was catching the hunted prey.

Nowadays, however, when the main motivation is no longer subsistence, people have continued to race, with athletics coming to be considered the oldest organised sport in the world.

Running has multiple incentives and rewards, both physical and psychological. On the psychological side, we can find incentives such as beating a new personal best, enjoying a beautiful landscape, breathing fresh air in nature, winning a competition or simply finishing a race. As for the physical aspect, there are lots of health goals that can go from losing weight to lowering blood sugar levels.

Regardless of what each person's main incentive is, running will reward you with a sense of well-being and better sleep after reviving the body.

In the first editions of the modern Olympics, Paavo Nurmi (1897- 1973) - known as the ‘Flying Finn’ - stood out. Nurmi was a specialist in medium and long distance runs. His childhood was spent in a small cabin in the woods, where he was forced to follow a diet based on vegetables and dried fish, which, together with the cold Finnish winters, was key to developing his great resistance.

Although he won many Olympic races, his prominent triumphs were in Antwerp 1920 (10,000 m), Paris 1924 (5,000m) and Amsterdam 1928 (10,000 m). Nurmi introduced the regular stride technique, setting the pace on the stopwatch and distributing his energy evenly throughout the races.

Another prominent athlete, Emil Zátopek, was nicknamed the ‘Czech Locomotive’. With 5 Olympic golds and 18 world records, he was a world star in the early 1950s. In the 10,000 metres, over the course of six years, he dominated and revolutionised his sport. His three golds in long distance running at the 1952 Helsinki Olympics (including his victorious marathon debut) is a feat that will unlikely be repeated in history.

In contrast to the privileged athletes who had previously dominated the Olympic competition, Zatopek grew up in poverty. His training system, developed by himself, consisted of a large volume of interval training. Although he was derided at first, his success transformed the training methods of long-distance athletes.

Speed competitions: the other side of racing

In athletics, the opposite of endurance races are speed sprints: 100, 200 and 400 metres, as well as hurdle races: 110 and 400 metres. The emotion generated in a few seconds attracts many fans to races.

In Europe, there have been great athletes who dominated these speed tests. Two stand out especially: the Italian Pietro Mennea, famous for his legendary world record of 200 metres which stood for 17 years, and the Ukrainian Valery Borzov, who dominated speed races during the early 1970s. Both were Olympic champions.

Since antiquity, women in sports events have been discriminated against and marginalised. At the ancient Olympics, women were prohibited from taking part - although there was a female-only version of the Olympic games called the Hereos Games (in honour of the goddess Hera).

It was not until 1928, at the Olympics held in Amsterdam, that women first took part in athletics competitions, with very few participants compared to men. Equality with men has not truly come to the Olympics yet - in the 2012 London Olympics, women were 45% of the participants.

At the beginning of the 20th century, it was within the Olympic program. It has become a very popular race, particularly at amateur levels.

Also, in recent times there has been a boom in popular, public races. In the 1970s, big cities began to organise large popular marathons where anybody could take part. Berlin’s marathon is one of the most prestigious. Its first edition was held in 1973 and, on average, around 40,000 runners take part.

Other well-known popular races are San Silvestres, which are run on December 31 in various parts of the world. It is worth noting that popular races are frequently used to promote solidarity or some commercial objectives. 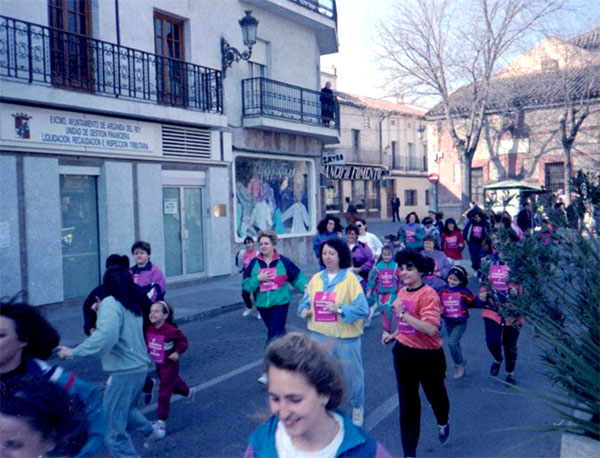 Triathlon and Ironman: effort taken to the limit

The triathlon consists of three disciplines in a row in the same event: swimming, cycling and running. Specific distances and features may vary by tournament. The Ironman is a long distance triathlon that ends with a marathon race. It is a very hard test - just finishing it is already quite a challenge.

Within the Ironman, we highlight an exceptional case outside the professional elite of athletics.

Ramón Arroyo is a Spanish citizen who was diagnosed with multiple sclerosis in 2004 at the age of 32. After a few depressing years, he decided to cope with the disease through physical exercise, and managed to finish an Ironman in Barcelona in 2013. He has written an autobiography titled 'Surrendering is not an option' and, in 2016, his life was brought to the big screen with the movie '100 meters'. 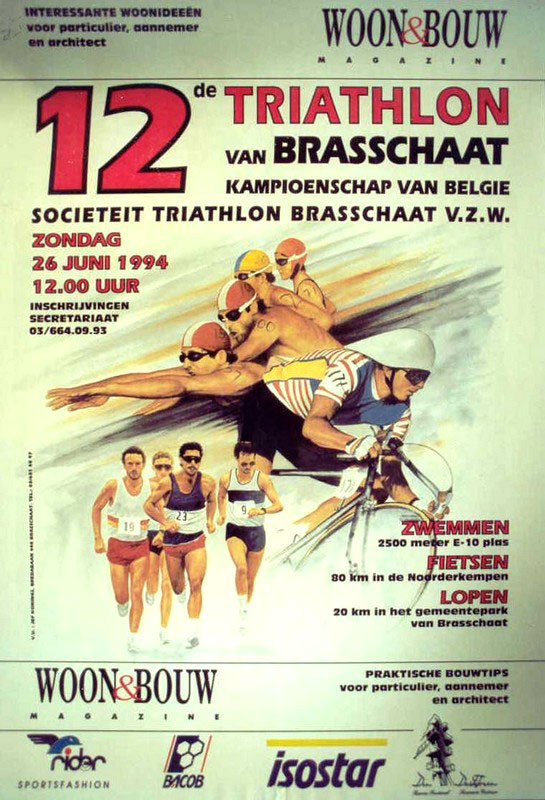 Explore more blogs, galleries and collections about sport on Europeana

Can you help us to tell the story of sport in Europe in the past and the present?

We invite you to tell us about your sport experiences through objects like photographs, memorabilia, equipment or prizes.
Share your story →