Anna May Wong: challenging the stereotypes of Hollywood

Anna May Wong (1905-1961) became an icon in Hollywood cinema who challenged the scene and fought to humanise Chinese roles.

In a time when Hollywood was known for using white actors to play stereotypical roles of a variety of ethnicities while denying roles to qualified actors of those ethnicities, Anna May Wong (1905-1961) became an icon in Hollywood cinema who challenged the scene and fought to humanise Chinese roles. 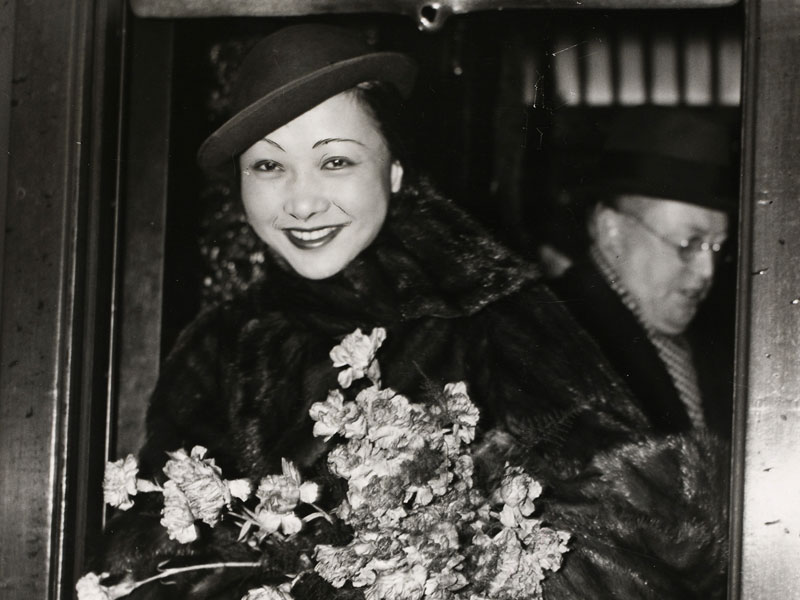 Wong was a third generation Chinese American whose grandparents had been living in the United States since 1855. Her family lived in an integrated area of Los Angeles, and were the only Chinese American family of their neighbourhood.

From a very young age, Wong was interested in cinema and would often skip school to watch silent films. Movies were often filmed in her neighbourhood - from the age of 9, she pestered filmmakers into giving her roles.

She finally got the chance to be an extra in the film Red Lantern at the age of 14 starring white actress Alla Nazimova as the main Chinese character. This was due to racist laws banning any intimate scenes (like kissing) between actors of different races. The film industry could bypass this law by using white actors.

After the Red Lantern, she worked consistentlyfor two years as an extra for various films. By the age of 17 she played her first leading role in the movie The Toll of the Sea, a film based loosely on Madame Butterfly. She received a lot of praise but despite this, Hollywood was resistant to create lead roles for her due to her ethnicity. Her next few years were spent in supporting roles as typecast exotic characters.

At 19, she played a stereotypical supporting role in the 1924 film The Thief of Bagdad as a ‘Dragon Lady’. Her short appearance in the film caught the attention of audiences and helped her to become more recognised.

In 1928, she left Hollywood for Europe as she was tired of being typecast and looked over for white actresses playing lead Asian roles. During her stay in Europe, she received a lot of acclaim. She also maintained close friendships with several renowned actresses of the time such as Marlene Dietrich and Cecil Cunningham which led to rumours of her sexual orientation damaging her public image.

Her last silent film in 1929 Piccadilly was a mass sensation and was one of the five British films she had a starring role in.

In the 1930s, she returned to the US with promises of lead roles but still had to play Asian stereotypes. She used her new-found fame to advocate for Chinese-American causes and better roles in films for Asian actors. She is quoted to have said, _‘_Why is it that the screen Chinese is always the villain? And so crude a villain – murderous, treacherous, a snake in the grass! We are not like that. How could we be, with a civilization that is so many times older than the West?’

By the late 1930s, she played in B-movies where she acted out non-stereotypical roles that gained positive publicity in the Asian-American press. Her roles in films like Daughter of Shanghai and King of Chinatown worked against the US film industry’s popular and typical portrayal of Chinese Americans.

EXPLORE MORE: The world was her stage: the extraordinary life and times of Unė Baye

Though she continued to be offered typecast roles throughout her career, through her public apearances and films, she helped humanise Chinese Americans to audiences during a time of extreme discrimination and racism. Her image dismissed notions of difference and otherness that western audiences had about Asians.

This blog is part of Women's History Month on Europeana.