The Greatest Traveller in History?

The life and voyages of Ibn Battuta

Ibn Battuta, or ‘Abu Abd al-Lah Muhammad ibn Abd al-Lah l-Lawati t-Tangi ibn Batutah’ to give him his full name, is a strong contestant for the greatest traveller in history. Not only did he travel a distance greater than the diameter of the Earth, he did most of it overland, travelling in caravans at a time when boat was both the much faster and safer option. He travelled from Morocco, his home, as far as Kilwa in modern Tanzania, China, and Mali, as well as visiting Mecca, Dehli, Alexandria, Jerusalem, Granada, Sri Lanka, the Maldives, and Samarkand, among hundreds of other places. He attended the courts of two different Emperors, Roman and Chinese, and visited the home city of the wealthiest man who had ever lived, Mansa Musa of Mali. 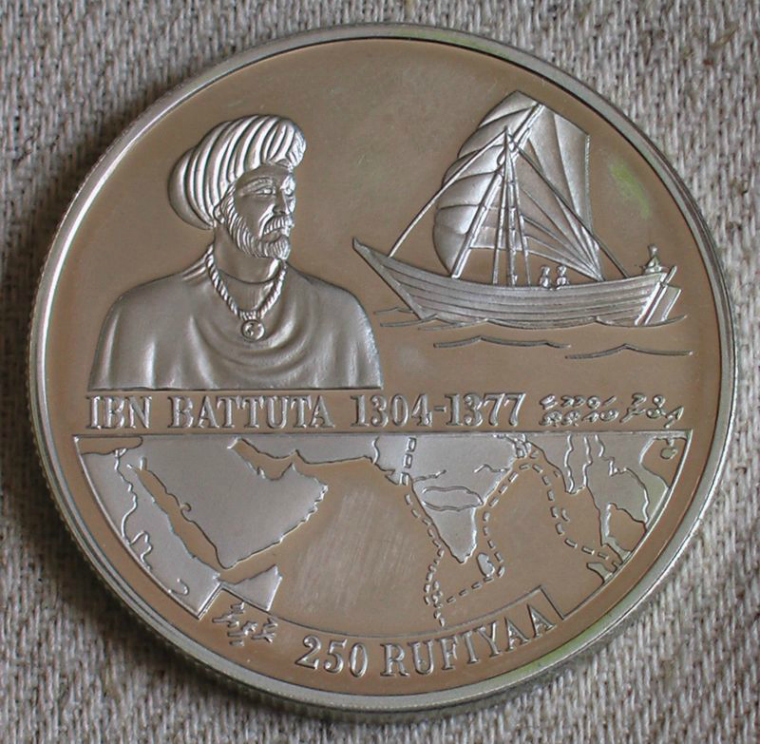 Maldives coin, LM ISC LIMIS – Lietuvos muziejų informacijos, skaitmeninimo ir LIMIS centras, CC BY Once he returned home for good, he dictated his travels from memory to a scholar, forming a book called the Rihla (“Journey”), or A Gift to Those Who Contemplate the Wonders of Cities and the Marvels of Travelling. An early translation into English retitled the book as The Travels of Ibn Battuta, while the earliest Arabic version to be published in Europe was titled in Latin as Descriptio terrae Malabar. Both of these are available from The European Library as digitised books, via the Austrian National Library and the Bavarian State Library. 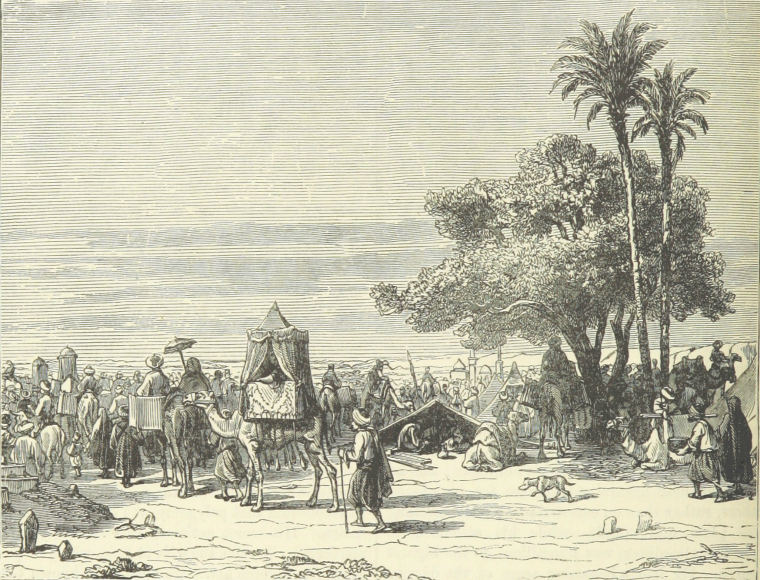 Hajj from "[Cassell's Illustrated Universal History.]", The British Library, public domain His travels started as a Hajj, the pilgrimage to Mecca that all Muslims must complete, but continued on far past that. Even so, this first trip took sixteen months and covered over 4000 kilometres, primarily overland as part of caravans. After completing the Hajj, Ibn Battuta continued on to the Silk Road, including the Persian city of Tabriz. Tabriz had long been a major trading centre, and had continued to be so after the Mongols had conquered Persia. 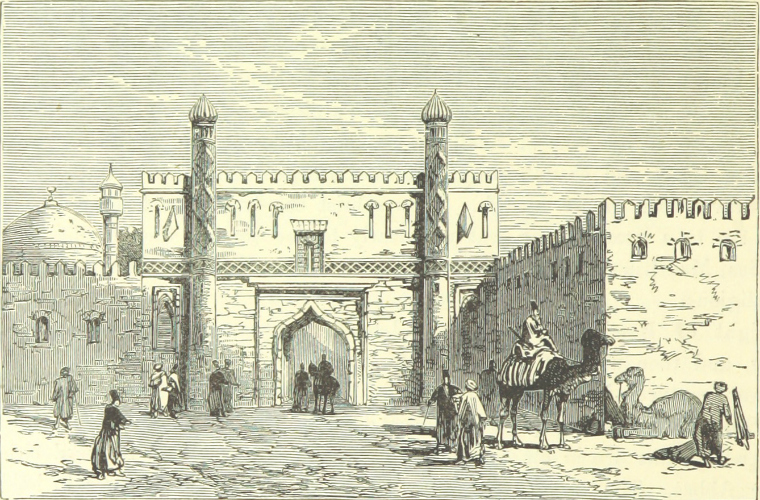 Iran from "[The Countries of the World: being a popular description of the various continents, islands, rivers, seas, and peoples of the globe. [With plates.]]", The British Library, public domain Ibn Battuta’s travels also took him all around the Indian Ocean, along the east coast of Africa, the Arabian Peninsula, the west coast of India, and the Maldives. In these travels he often would get mixed up in local politics, including being chief judge on the Maldives and marrying into the family of the monarch, Omar I. 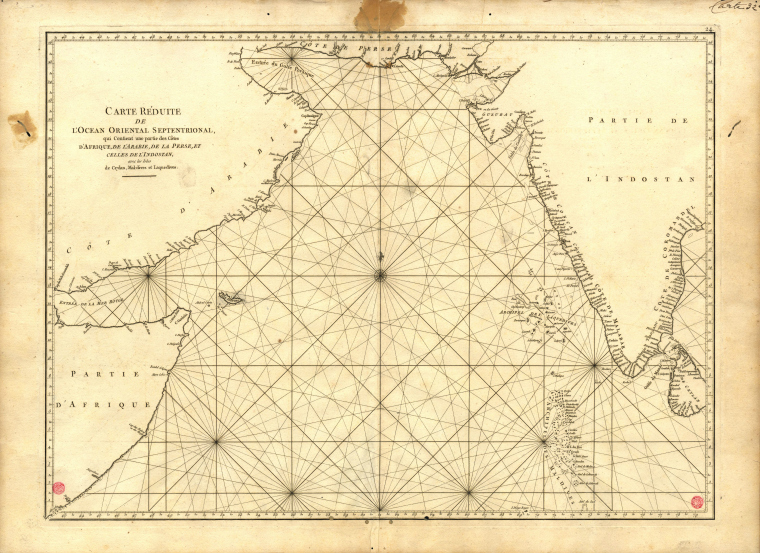 Iran from "[The Countries of the World: being a popular description of the various continents, islands, rivers, seas, and peoples of the globe. [With plates.]]", National Library of Portugal, public domain While it’s not clear how far Ibn Battuta travelled in China, he was the first Islamic writer to describe the Great Wall of China, and indeed among the first Western writers to write about it, as the European travellers in China such as Marco Polo didn’t mention it. 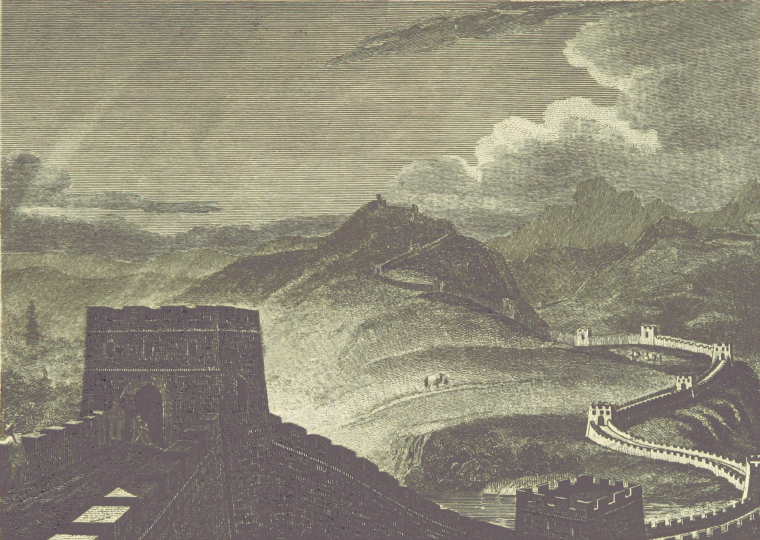 Fortifications from "A General View of the World, geographical, historical and philosophical; on a plan entirely new", The British Library, public domain After over two decades of travel, Ibn Battuta returned home to find that both of his parents had died in his absence. After this, he set out on a second set of travels, visiting Muslim Spain and traveling to Timbuktu and Gao, the main cities of Mali. 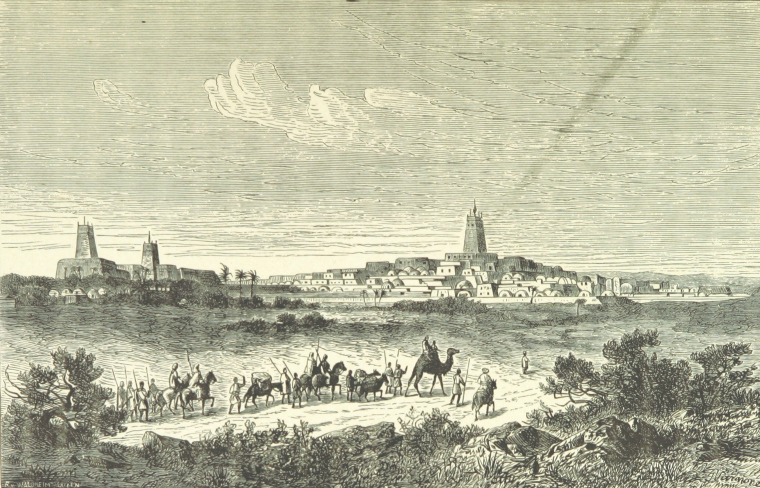