Tea is what keeps many of us going

Tea is what keeps many of us going on these cold chilly winter days, when it’s raining, windy, or snowing. Have you ever wanted to know more about this wonderful hot drink, about where it’s from, how you grow it, and how the plant is prepared? Libraries are usually your best source of information, and The European Library can help you find out more from your own national library and from other national libraries and research libraries in Europe.

These libraries, all searchable through The European Library’s website, offer documents as varied as scientific papers on how to prepare black tea, a look at the early 20th century tea industry, a cyclopedia of tea from the late 19th century, and a ballad ‘on using tea’ . 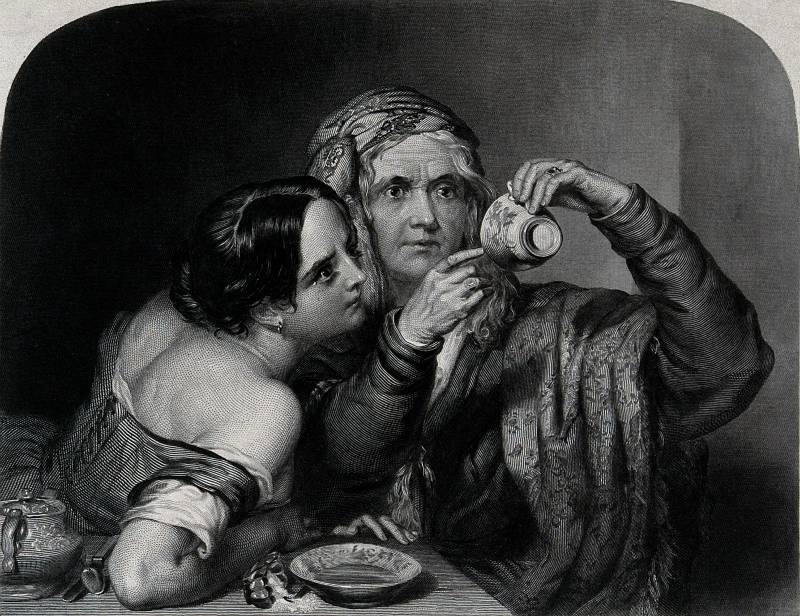 An old fortune-teller is reading a young woman's fortune by looking at tea leaves, The Wellcome Library, CC BY

The National Library of Serbia, Belgrade's collection includes a technical paper from the journal Genetika, if you want to learn more about the science behind your cup of tea, on 'Impacts of flushing and fermentation times on the quality of black tea', so you can find out what separates good from bad in the world of tea. Find and read that online through The European Library here. 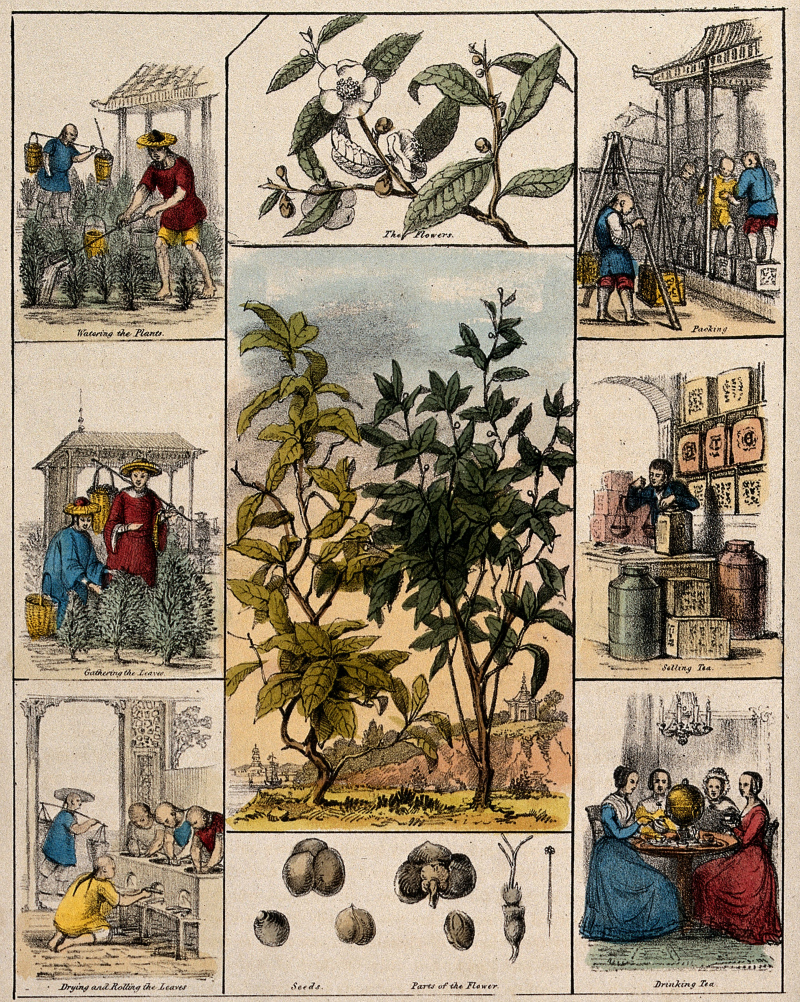 A tea plant (Camellia sinensis), its flowers and seeds, bordered by six scenes illustrating its use by man, The Wellcome Library, CC BY

The Russian State Library, one of Russia’s two national libraries, has a book simply titled ‘Tea’, from Edith Brown’s ‘Peep at Industries’ series (which also includes the similarly titled ‘Sugar’ and ‘Rubber’). In there, you can find out all kinds of things about how tea was manufactured, shipped, sold, advertised, and made in the early 20th century, including a selection of old-fashioned tea ads for tea, shipping, and tea chests. Find and read that online through The European Library here. The Bodleian Libraries, one of the foremost research libraries in Europe, offers many old books in digitized form on their website. One of these is the ‘Tea Cyclopedia’, offering information on tea, tea science, blights, and more. It started out as a compilation of material from the Indian Tea Gazette, but was expanded to ‘add to the value of this Volume’. Find and read that online through The European Library here. 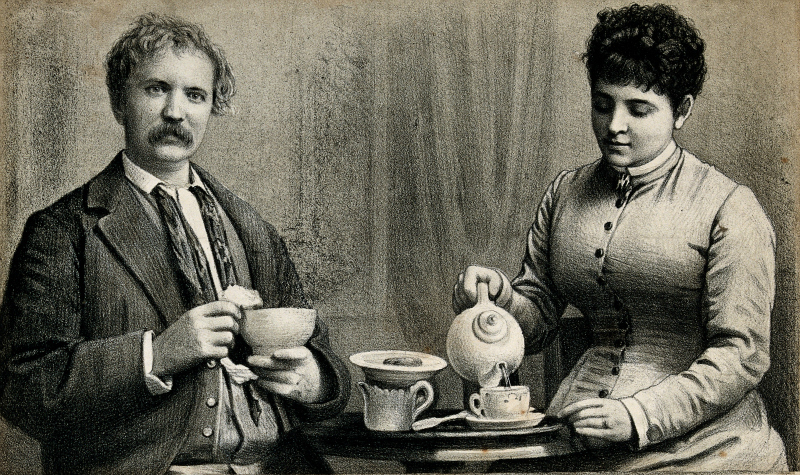 A couple sit at a table, the man is holding a bowl in his hand as the woman pours tea into a cup, The Wellcome Library, CC BY

The National Library of Scotland has an English ballad telling the story of John and his wife having a fight over tea (we recommend no fights over tea! Especially don’t, as John does, kick over a table because there is a tea pot on it). There’s something really interesting about this particular ballad though, if you pay attention to the rhymes. It’s English, but English as it was pronounced in the North East of England in the early 1800s, so ‘tea’ isn’t the same as ‘tee’, but rhymes with day, while ‘Devil’ rhymes with ‘civil’ - so ‘divil’. See what other old pronunciations you can find when you read it.

Guest post by Joseph Garvin from The European Library.