The cultural heritage of LGBTQ+ activism 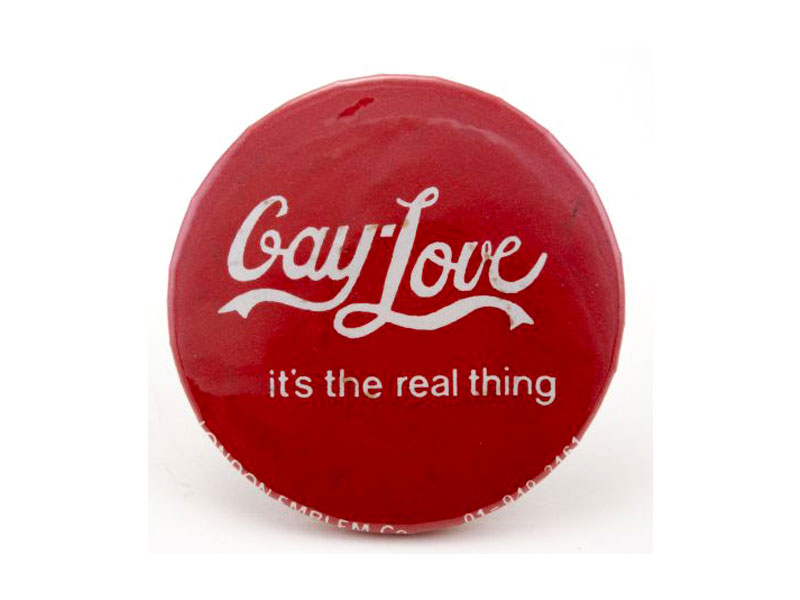 In Europe, with pride parades mostly spanning May to September, festivals, parties and protests are held across the continent throughout the summer months.

This blog looks at a short cultural history of Pride festivals, exemplified by objects held in European museums, galleries, libraries and archives - objects which also symbolise some of the current debates around Pride and its place in LGBTQ+ communities.

The modern Pride and LGBTQ+ liberation movements began in the late 1960s with the Stonewall riots in New York. These were a series of spontaneous demonstrations by members of the LGBTQ+ community against police raids of the Stonewall Inn Manhattan, which began on 28 June 1969. After the Stonewall riots, activist organisations formed, and two years later on the anniversary of the riots, the first pride marches took place in cities across the US.

In some cities, these marches are known as Christopher Street Days (marking the location of the Stonewall Inn) with the first German events taking place in Bremen and Berlin in 1979.

Through the 1970s and 1980s, LGBTQ+ movements were focused on liberation, on changing laws and opinions to over-turn inequal attitudes and discrimination faced by LGBTQ+ people.

Objects from these decades focus on identification, on legitimacy, on showing how LGBTQ+ rights are human rights.

Some objects illustrate the growing community organising and activism throughout the 1970s and 1980s, which saw campaign groups and other human rights organisations come together to fight for equality, rights and against discrimination, homophobia and transphobia.

Many of the objects featured here use a common language, symbols and signs designated act as community identifiers, as protest symbols.

One of the first symbols adopted by LGBTQ+ rights organisations, advocates and the movement overall, was a pink triangle. Its origins represented a dark chapter in LGBTQ+ history rights, as it was used in Nazi concentration camps during World War II to identify prisoners.

Its use by LGBTQ+ advocates grew to raise awareness of its use in Nazi Germany and act as a memorial to those who had been persecuted. Over time, it increasingly became used not solely as a memorial but became reclaimed to be positive symbol of both self and community identity.

Most of the objects here show the rainbow flag, a later symbol of LGBTQ+ pride and associated social movements.

Originally devised by artist Gilbert Baker from San Francisco and first used in the United States in the late 1970s, the flag is now used worldwide as a symbol of LGBTQ+ social movements as well as peace and equality.

Although other variants exist, the most common rainbow flag consists of six stripes: red, orange, yellow, green, blue and violet.

Today, in many cities, Pride Festivals are just that: festivals and parties. They are attended by heterosexual, cisgender people as well as LGBT+ people.

Pride parades today often emphasise inclusiveness, an event for families and those of all faiths, races and backgrounds.

In one way, this can symbolise a greater acceptance and equality and freedom that we all feel. In other ways, many activists feel that the true meaning of Pride as a protest about human and equal rights is being overtaken and co-opted by those who simply want a fun party.

Indeed, in many cities, Pride festivals are important tourist attractions now, with businesses and organisations taking part to both show their support but also for their own commercial gain.

This bottle of Absolut vodka from Sweden illustrates this, as it features the rainbow flag on its branding. Absolut were the first spirit brand to adopt the rainbow flag. Since the 1980s, the company have supporting LGBTQ+ campaigns and charities. On the one hand, this vital financial support sustains and advances LGBTQ+ rights and issues. But, on the other hand, some campaigners see this as taking Pride further away from its protest roots and can be seen as a form of corporate 'pink-washing'.

Many of the objects featured here are ephemeral - badges, leaflets, posters - but speak to the history of Pride and stories of the LGBTQ+ community. It must be noted that cultural heritage collections don't record all stories, and Pride is experienced differently across Europe.

However you feel about Pride today - party or protest or both? - the importance of visibility, activism and pride in who you are remains as important today as it did in the 1960s.

We'd love to hear your experiences of Pride parades. Let us know in the comments.