Why can't they stop dancing?

Today, Eastern Orthodox, Roman Catholics and Anglicans celebrate the birth of St. John the Baptist. But have you heard about St. John's Dance?

In 1374, on the streets of Aachen, Germany, people started dancing involuntarily. They moved frantically until near the point of total exhaustion. Within weeks this strange compulsion spread to the Netherlands and north-east of France. Hundreds of people uncontrollably jumped, leapt and twitched for days. 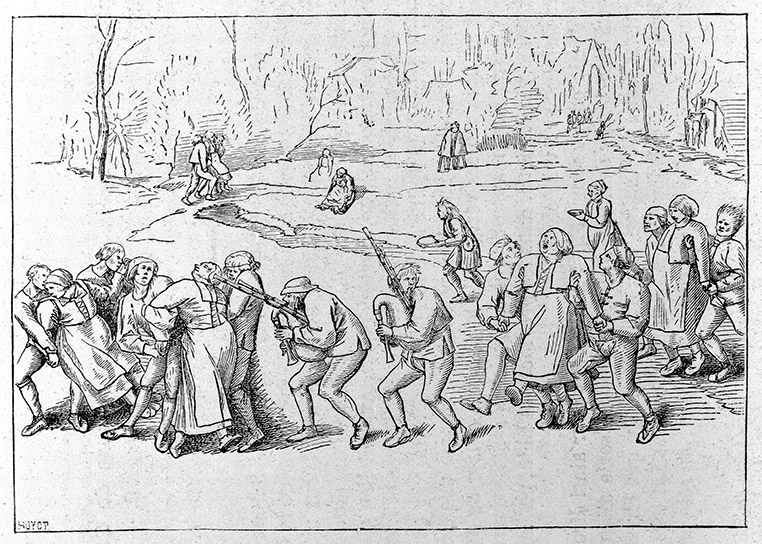 This phenomenon is called dance mania, the dancing plague, or St John's Dance (sometimes St. Vitus' Dance) as it was considered to be a curse sent by a saint. As unbelievable as it seems, it happened repeatedly in the area along the Rhine. There are other cases of similar outbreaks documented: first, one on Christmas Eve in 1021, in the German town of Kölbigk. Later, in 1247, in Erfurt, another German town, and shortly after on a bridge in Maastricht. The latter ended tragically when many of the 200 people involved drowned after the bridge collapsed. Another well documented occurrence happened when a woman called Frau Troffea started dancing in Strasbourg in July 1518 for weeks on end. She was gradually joined by more and more people and the situation escalated when the city authorities provided a stage and hired musicians in hope of bringing this bizarre crisis to an end.

It seems improbable, but dozen of mediaeval sources from different towns mention the incident from 1374, and there are even municipal orders describing the mania in Strasbourg. Chronicles agree that people were dancing, and not only shaking. But they were obviously suffering from physical pain, too, as well as having horrible visions and sometimes asking for help and praying. Often, they barely ate or slept and sometimes they were not even conscious of what was happening to them. 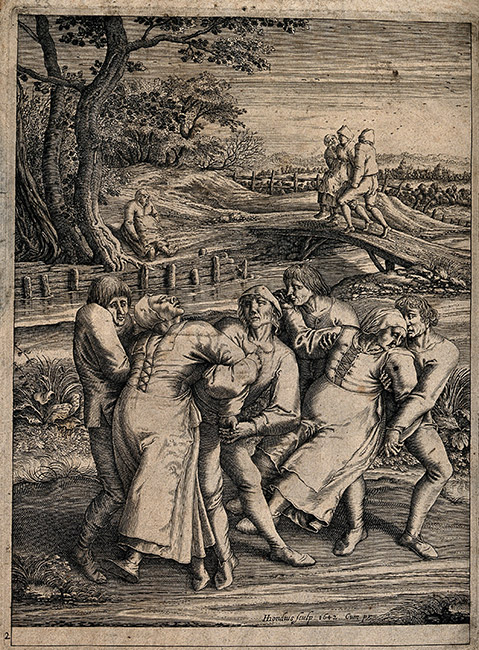 The theories of what actually happened to cause these epidemics varied across the centuries. From religious beliefs about being possessed by devils, to suggestions of the existence of a dancing cult ritual, to a strong suspicion about a mass ergot (a mold growing on the stalks of damp rye) poisoning causing hallucinations and shaking. However, present-day researchers believe the bizarre outbreaks were examples of mass psychogenic illness triggered by fear and depression. Both manias (1374 and 1518) were preceded by periods of devastating famine, crop failures and the spread of diseases - tough conditions, even by the standards of the Middle Ages. The anxiety and guilt together with a deep superstition, that God is punishing them for their wrongdoing, made people susceptible to this peculiar involuntary state.