Tales of the Terra Nova Expedition in 1910

One hundred years ago, on 17 January 1912, the Terra Nova Expedition, officially known as the British Antarctic Expedition 1910, led by Captain Robert Falcon Scott reached the South Pole. Unfortunately, the crew made it only to discover they were beaten by their Norwegian rival, Roald Amundsen, by 34 days and to meet their desolate death. 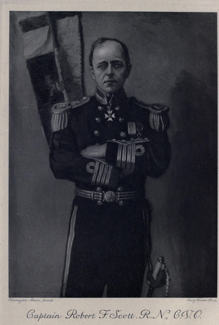 "We shall stick it out to the end, but we are getting weaker of course and the end cannot be far. It seems a pity but I do not think I can write more. For God's sake look after our people." Signed by Robert Falcon Scott, this was the last diary entry of the famous British explorer. On the return journey, all five members of the expedition die from starvation, exhaustion and cold.