Reporting from the trenches

Newspapers in World War I

During World War One, newspapers were the main source of information.

With no radio or television or internet, there were other ways to get the latest news like word to mouth, the weekly newsreels in the cinema or the ongoing exchange of letters between soldiers at the front and their loved ones at home. 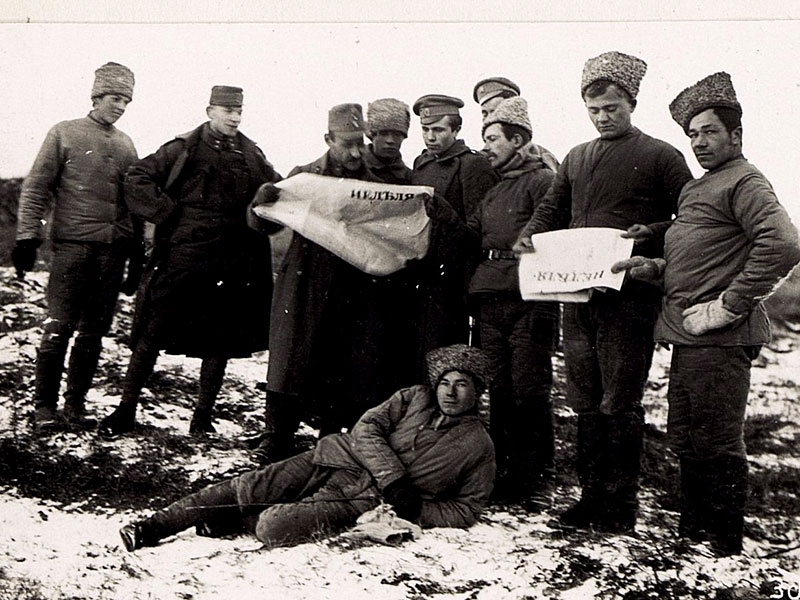 However, word of mouth could likely be considered inaccurate and mail could be slow and interrupted.

In general, newspapers were the most frequent and more reliable source for news, and, with multiple editions per day, certainly the most up to date. 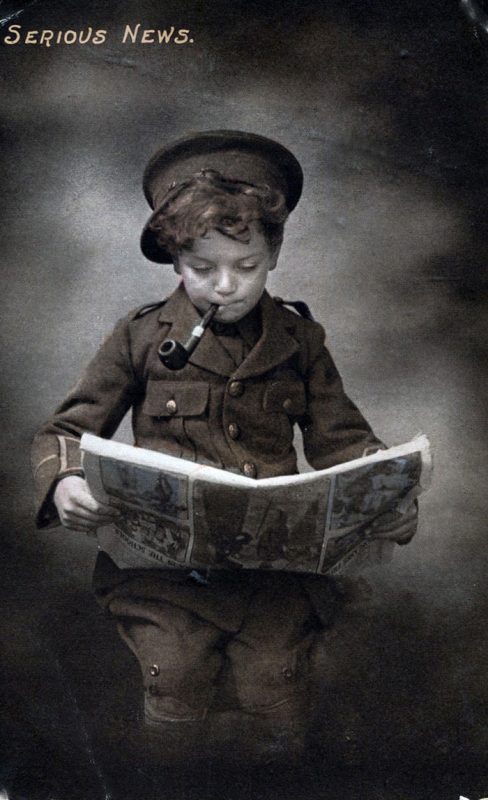 However, at the front, most soldiers distrusted civilian newspapers because of the optimistic almost propaganda-like patriotism that so often “flavoured” the news. Instead, in many places along the front soldiers started their own newspapers.

More entertaining than informing these papers offered an outlet to the soldiers for their emotions as well as their artistic talents. Topics covered everything from picking fun at their jobs in the trenches and the absurdity of their day to day life in between days of fighting to humor and women. 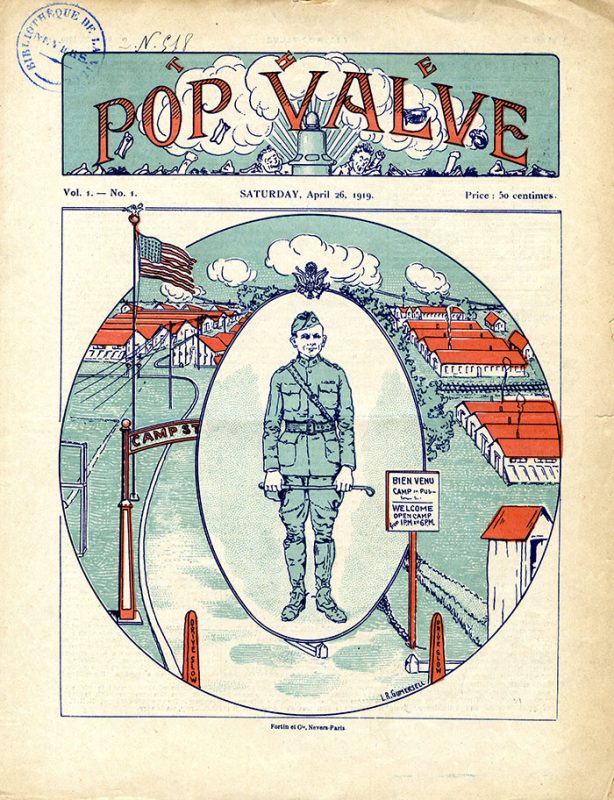 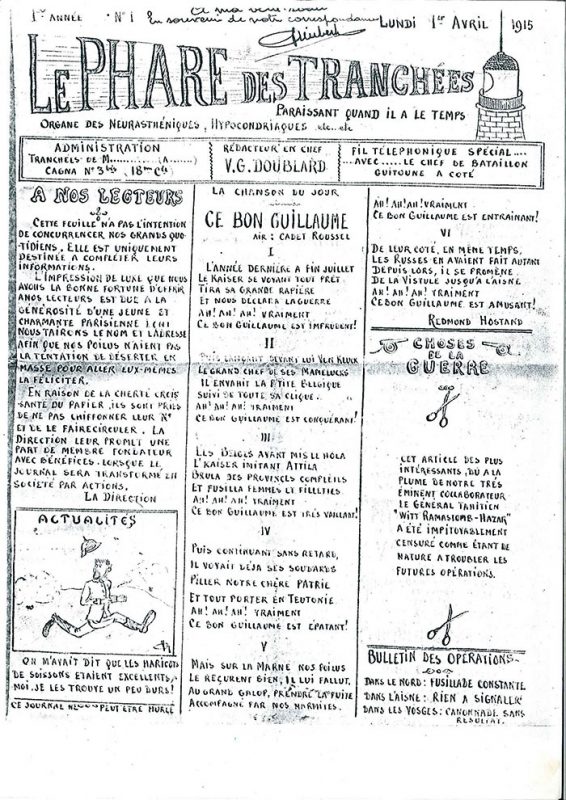 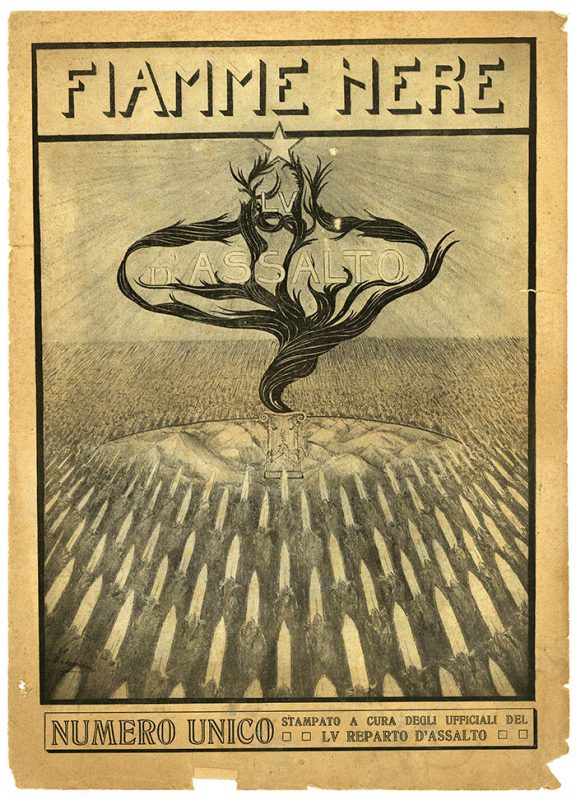 Even after the war, newspapers found a way to play a part in looking back at the war. Many clippings ended up in the scrapbooks of soldiers and nurses, along with other war time pictures. 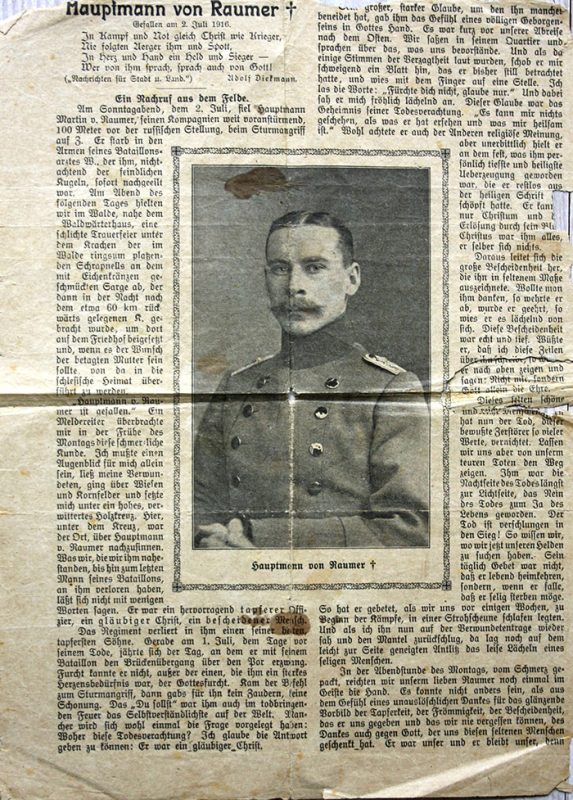 This newspaper clipping from the "Oldenburger Sonntagsblatt", published on July 29, 1916, was kept by Lorenz Rasmussen from Sønderborg, Denmark. Rasmussen was affiliated to the German army with the Oldenburgische Infanterie Regiment Nr. 91. The piece mentions the death of his Bataillonsfürer Martin von Raumer who fell on July 2, 1916 at Zatuvie in Wolhynien. The event in which Rasmussen took part is fully discussed and kept as a memoir.

Newspapers also played a vital role in allowing people to commemorate the loss of their loved ones. The official obituaries were often kept as a memorial along with the portrait of the deceased person. 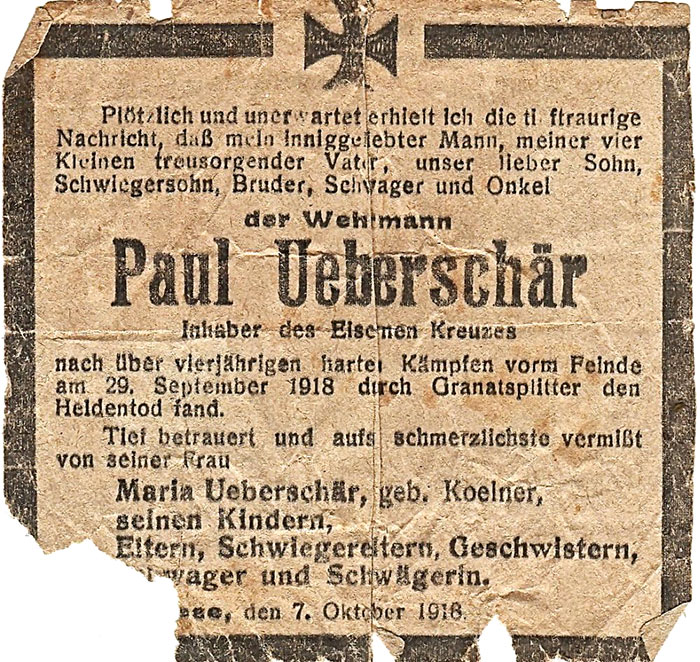 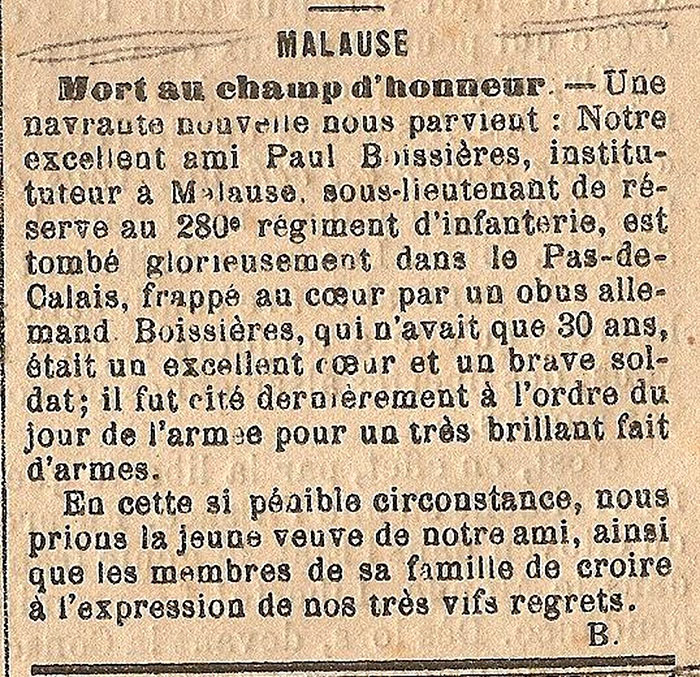 Newspapers during World War I reported the conflict from many perspectives, and offer a multifaceted approach to World War I for those who read them.