Many of us know Pythagoras' theory, but how many of us know the story of the man behind the theory? This blog looks at the biography of the philosopher and mathematician Pythagoras.

Pythagoras is a name familiar to many of us. The theory which bears his name - that the square of the length of the hypotenuse is equal to the sum of squares of the lengths of other two sides of the right-angled triangle - is something most of us learn in school. 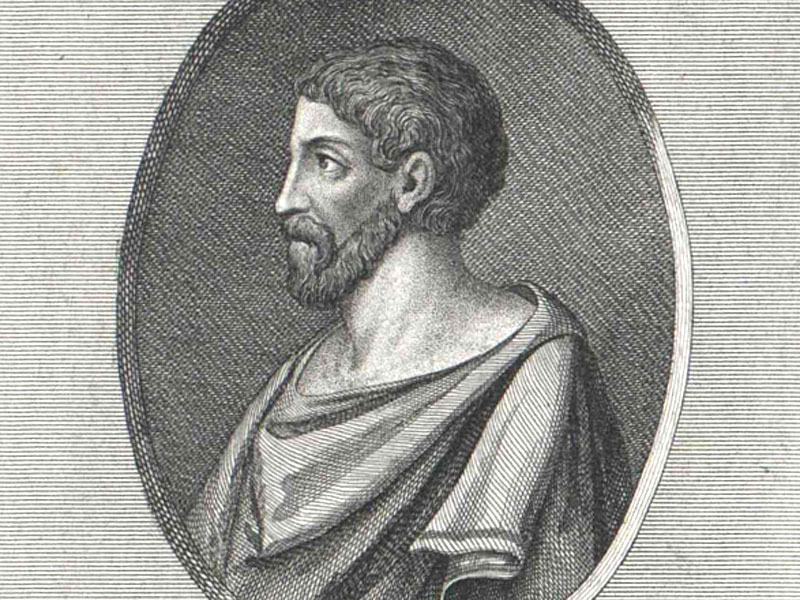 But how many of us know the story of the man behind the theory?

As none of Pythagoras' original writing have survived, much of his life is based on other people's writings and legends.

Pythagoras was born around 570 BCE on the Greek island of Samos, off the coast of modern Turkey, where he spent his early years.

Greek city-states and colonies were then established in the countries around the Mediterranean and the Black Sea. Greek merchants, travellers and athletes easily journeyed around the region, spreading art and culture with them.

As a young man Pythagoras travelled around the Middle East. Like many other Greek philopsophers, Pythagoras was said to have studied in Egypt. It is tempting to see how the pyramids may have inspired his study of geometry.

Around the age of 40, Pythagoras moved to Croton, in what is now southern Italy, where he founded a school or scientific-religious sect.

Members were said to be sworn to secrecy and lived a communal, ascetic lifestyle, with an emphasis on numbers and mathematics.

It is said that, after encountering rebellion and resistance in Croton, Pythagoras and his followers fled to nearby Metapontum where he died around 495 BCE.

Beyond his famous theory, Pythagoras is credited with many mathematical and other discoveries. Classical historians now debate whether Pythagoras made these discoveries, and many of the accomplishments credited to him likely originated earlier or were made by his colleagues or successors.