An ethnologist in the Nordic Countries

The French explorer Paul Belloni Du Chaillu (1831-1903) reported on his travels in the lands of the midnight sun in his illustrated and well-documented account of life in Northern Europe.

Also a seasoned explorer of Africa, in the 1870s Paul Du Chaillu changed track and travelled through the Nordic countries. He wrote several books about them, including 'The Land of the Midnight Sun', published in 1881. A year later it appeared as 'Le Pays du soleil de minuit' in French. This is a surprising book in many ways.

He starts by describing the rise of tourism in this region, and praising the comfort of the countries he passes through: "The traveller is surprised to meet so many comfortable farms..." He lists the fares for the boat trips he takes and comments on the food served to travellers, both in Stockholm and in the most remote areas. He also visits what have already become must-see sites on the tourist trail, such as impressive waterfalls and the North Cape.

However, Du Chaillu is especially careful to show that he isn't a tourist: "At this time of the year the crowd of tourists has disappeared". Rather, he sees himself as a traveller looking to get away from the beaten track: "I had finished my summer rambling in out-of-the-way places, unknown to the throng of tourists ". He is also quite proud of surprising the locals: "All wondered why I wished to go so far away from my home to indulge in sight-seeing".

Du Chaillu’s travels had, in fact, scientific purposes. He writes as much about the plant life and geology of the regions he visits as about the size of the herds on the farms. This is because he had also gone there as an ethnologist “to study the home life of the Scandinavians”. He was interested in all aspects of everyday life, stating that “as usual, I had made myself one of the people”. 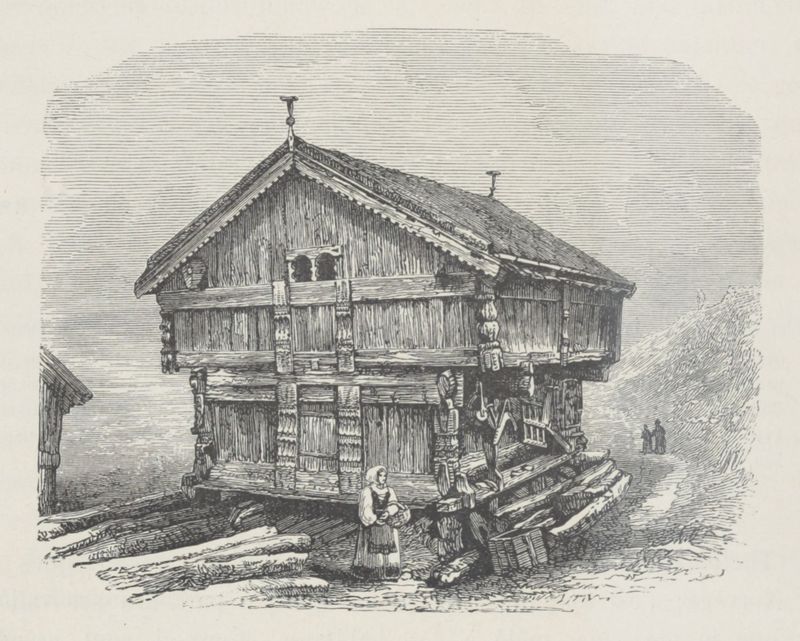 Stabbur in Norway: "Among the most characteristic styles of building on these old farms is the stabbur, where the wearing apparel and stores of the family are generally kept.", 'The Land of the Midnight Sun', vol. 1, p. 419, Paul Belloni Du Chaillu. Bibliothèque nationale de France, No Copyright – Other Known Legal Restrictions

He was also interested in rural architecture, which he describes in detail but without falling into the easy admiration of the exotic. For example, of fishing huts he says:

The "surroundings were filthy; entrails and heads of fish had been cast at random around the place, and two barrels were partly filled with those that had been salted, and their rotten smell was anything but pleasant", (vol. 1, p. 82)

His view is sometimes ambivalent, a mix of condescension and admiration, for instance when he says of Norway: "in this primitive land there is perfect social equality".

It is, however, the archaeology and population history of the Scandinavian countries that he spends the most time describing. He devotes a long chapter to the "prehistoric races of Scandinavia". This part is richly illustrated with plates of tombs, pottery and carved stones. 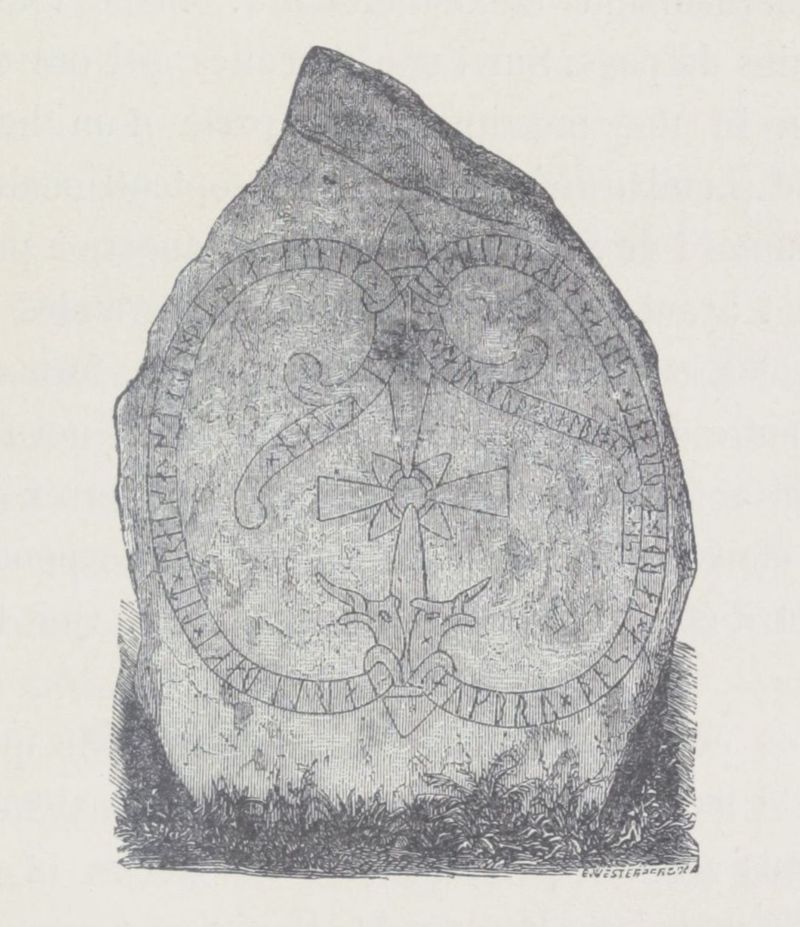 Runic stone at the north end of the bridge at Täby, in Uppland (Sweden), mid-11th century. Inscription: "Jarlabanke had these stones raised for himself while he was yet alive. He built this bridge for his soul's welfare and he was the owner of the whole of Täby. God save his soul.", 'The Land of the Midnight Sun', vol. 1, p. 372 Bibliothèque nationale de France, No Copyright – Other Known Legal Restrictions

'The Land of the Midnight Sun' is the account of a traveller who was curious about everything. Some of Du Chaillu's remarks remind us that certain practices are ancient: for example, cows used to be fed fish in Norway, long before the mad cow disease crisis.