Once upon a time... From Brothers Grimm to political correctness

Once upon a time... four words that conjure up images of fairy tales. Princesses and castles, talking animals, love and magic, Prince Charmings and happily ever afters. But the tales written down by the Brothers Grimm were not so sweet. (I say 'written down' and not 'written' because versions of many of the stories were common in folklore long before they were recorded on paper.) 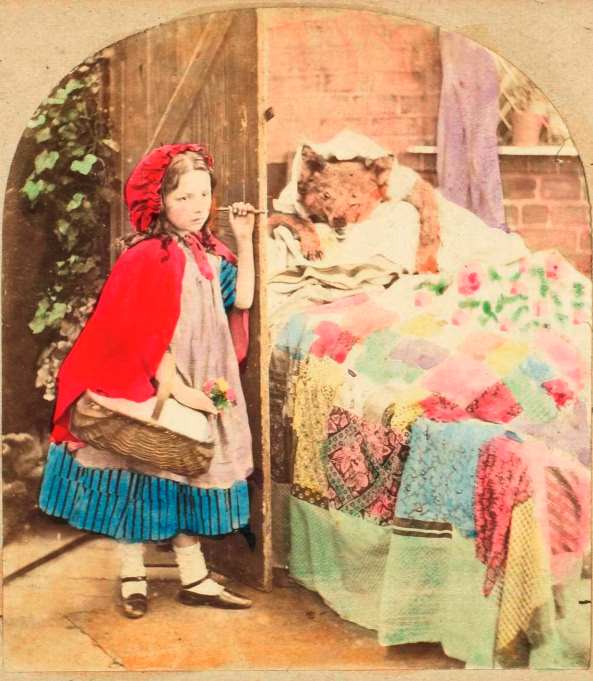 Red Riding Hood and the wolf. 'Pull the bobbin and the latch will go up', Rijksmuseum, public domain

The world of Grimm's fairy tales isn't pretty and pink with cheerful turtle-doves that help with the housework, their stories are of a dark and cruel world. For example, in the Grimm versions: - Cinderella's ugly stepsisters cut bits off their own feet (a toe and a heel) to try and fit into the golden (not glass!) slipper - Having been deliberately abandoned with his sister by a mother who saw them as a financial burden, Hansel sticks a bone - presumably belonging to another long-dead child - through the bars of the cage in which he is being held to fool a child-eating witch into believing that he is not yet fat enough to make a good meal - Grandmother and Little Red Riding Hood are both eaten by the wolf and only survive because the huntsman slices the wolf's belly open - Rapunzel gives birth to twins following the illicit visits from her prince. 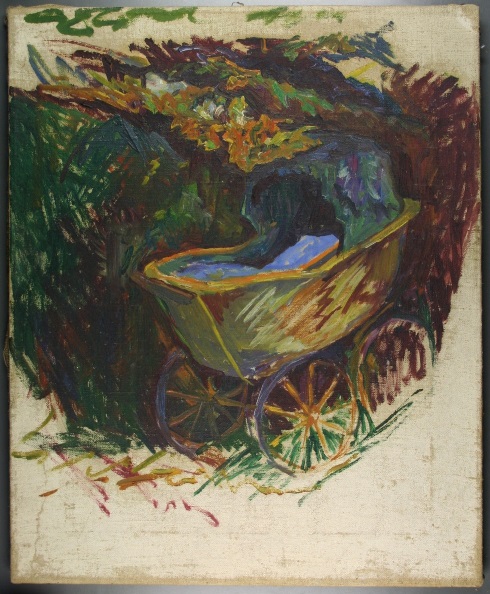 Painting by Otto Illies, depicting a pram in which lie the Brothers Grimm. 'Grimm´scher Kinderwagen', museum-digital and Linked Heritage, CC-BY-NC-SA

The first edition of Jacob (who died on 20 September in 1863) and Wilhelm Grimm's Kinder-und Hausmärchen (Children's and Household Tales) was published in 1812, with a second volume following in 1814 and a third in 1822. 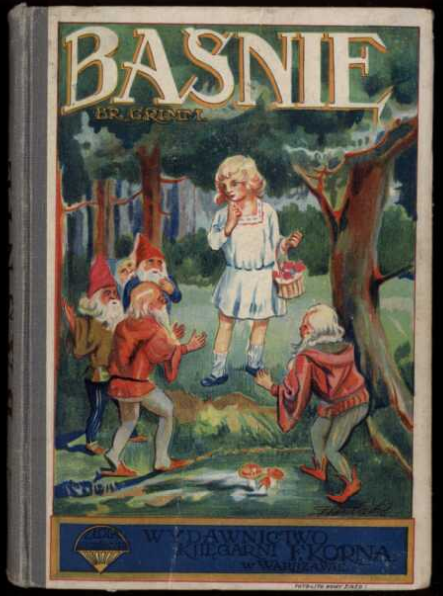 Polish version of 'Tales' by the Brothers Grimm. 'Baśnie', The National Library of Poland and The European Library, public domain

Despite being written for children, the tales were widely regarded as unsuitable - not surprising considering their dark and violent nature. Over the years, other editors and storytellers have sanitised the stories, removing the sexual references and violence. But the moral teachings remain - if you do bad things, bad things will come to you: the wolf is killed; as is Hansel and Gretel's captor; Cinderella's sisters have their eyes pecked out by pigeons. While if you are good, you will get your happy ending: hero and heroine are married and live happily ever after; Rapunzel's tears fall on her prince's eyes and restore his sight; Hansel and Gretel are reunited with their loving father; Little Red Riding Hood learned never to stray off the woodland paths again. 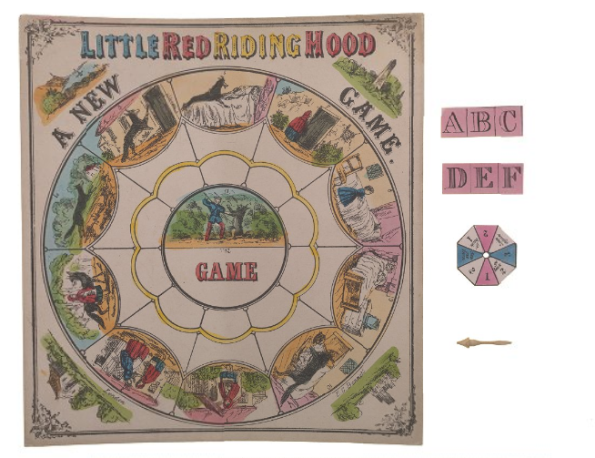 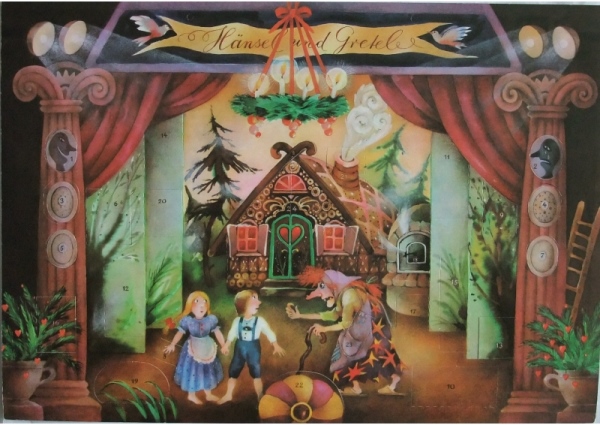 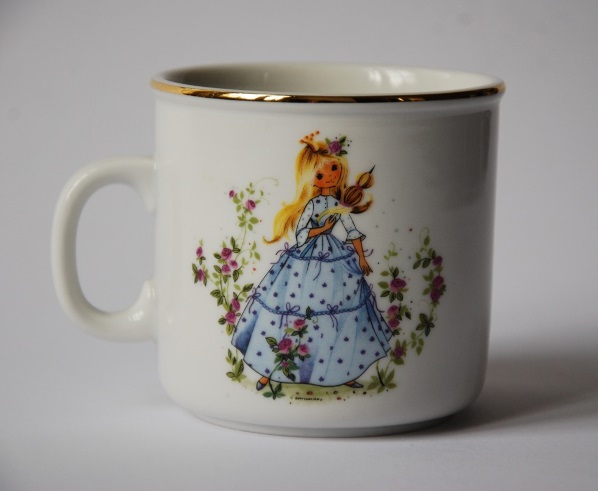 Fairy tale merchandise - a board game based on Red Riding Hood, an advent calendar based on Hansel and Gretel, and a Sleeping Beauty mug.

And then we have the fairy tales rewritten in the 20th century for today's audiences - politically correct and feminist versions among them. A Telegraph article from 2009 notes that many parents had stopped reading fairy tales to their children because they are not 'PC' enough. So here's a response to that - a tongue-in-cheek politically correct version of Snow White in which the stepmother used a magic mirror because 'years of social conditioning in a male hierarchical dictatorship had left the queen very insecure about her own self-worth'. If you like that, check out these images of the fallen heroines of fairy tales by artist Dina Goldstein.