The greatest male ballet dancer of the early 20th century

Wacław Niżyński (or Vaslav Nijinsky) was the greatest male dancer of the early 20th century.

Born in Kiev in the Russian Empire (now Ukraine) on 12 March 1889, his parents introduced him to dance and, aged just 9, he enrolled in the Imperial Ballet School in St Petersburg, the best ballet school around.

In 1909, he joined Ballet Russes, which aimed to take Russian ballet to Paris where its like had never been seen.

Nijinsky became the group's star male dancer, captivating audiences with every performance. His virtuosity, strength and characterisation were astounding, his gravity-defying leaps legendary, and he was one of very few male dancers to be able to dance en pointe (on tip-toe with wooden blocks in his ballet shoes).

Although Nijinsky had found some success choreographing ballets while with Diaghilev, he was unsuccessful in starting his own ballet company without him.

During the Second World War, Nijinsky found himself under house arrest in Hungary as an enemy Russian citizen, and was released only when Diaghilev intervened, offering him a tour of America. 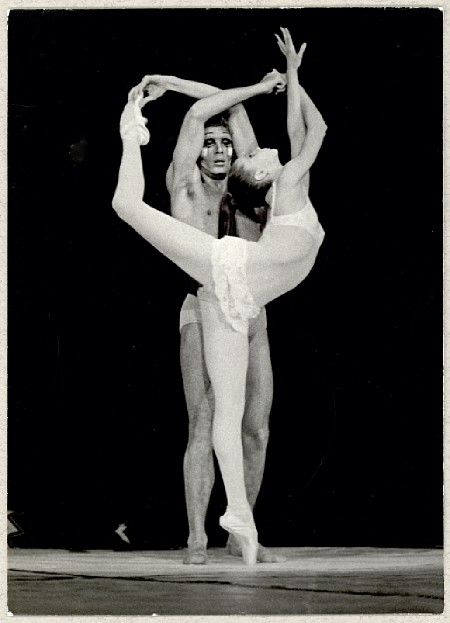 Sadly, the stress and strain of these years during which he had to manage his own tours and had few opportunities to dance, took its toll.

Nijinsky's mental health suffered as he obsessed over his love of ballet. Finally settling in Switzerland after the war, things didn't get any better. Nijinsky's mental state deteriorated to such an extent that he was unable to dance in public again. He was diagnosed with schizophrenia and treatment proved unsuccessful. He died in 1950.