Napoleon Bonaparte was much caricatured

Today marks the anniversary of the birth of Napoleon Bonaparte. To commemorate this occasion, we've searched Europeana for Bonaparte-related content and happened across a number of fascinating cartoons. It's the political satire of its time, as clever and punchy as the TV panel shows that do the same job today.

Born in 1769, in Corsica, Napoleon was a French military and political leader who rose to prominence during the latter stages of the French Revolution and its associated wars in Europe. He became Emperor of the French from 1804 to 1815. In the first decade of the 19th century, the French Empire under Napoleon engaged in a series of conflicts—the Napoleonic Wars—that involved every major European power. After experiencing great political and military successes, Napoleon's army suffered some significant defeats, such as the Peninsula War and the 1812 French invasion of Russia.

In 1813, Napoleon abdicated and exiled himself to the island of Elba. Less than a year later, he escaped Elba and returned to power, but was defeated at the Battle of Waterloo in June 1815. Napoleon spent the last six years of his life in confinement by the British on the island of Saint Helena, eventually dying of stomach cancer, or arsenic poisoning if you're a conspiracy theorist. So, to the cartoons.

First of all, compare these two portraits. In the first, bold and active at the Battle of Arcole (c.1798-1805); in the secod, plump and wistful exiled on the island of St Helena in 1816. 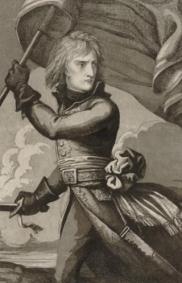 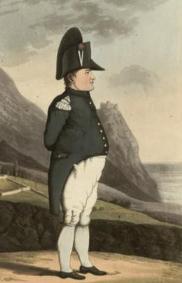 Here, Napoleon touches one of his own soldiers suffering from bubonic plague at Jaffa in March 1799. The reason? To show he doesn't fear it, in order to prevent widespread panic. And yet, two months later, he orders all infected soldiers to be poisoned. 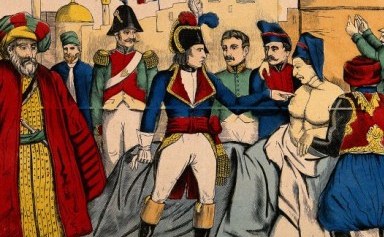 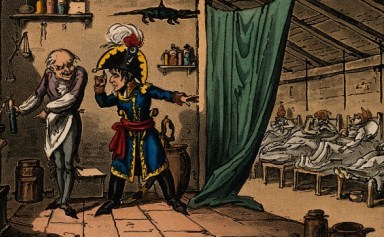 Here, celebrating the Treaty of Amiens in  1802, Napoleon provides the music and other countries dance... 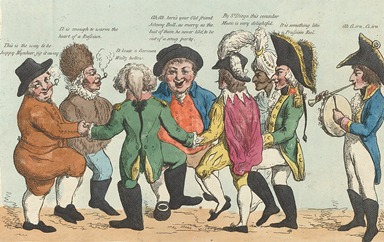 In the next cartoon, Napoleon brings the New World to the island of Elba. In spite of bringing with him the instruments of architects and builders, a welcoming peasant is unconvinced. 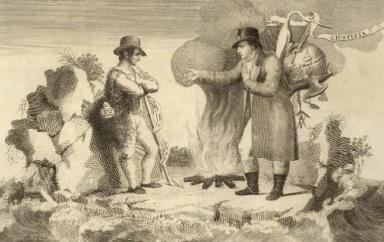 Our final three cartoons are symbolic of Napoleon's fate - captured and exiled. Here we see him trapped in a bottle, a cage and in a sketch titled 'At his post of honour' - the hangman's post. 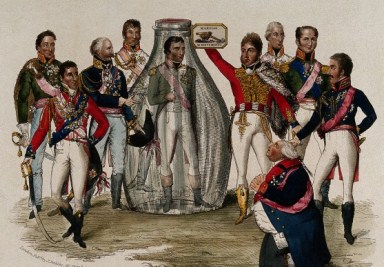 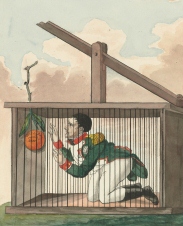 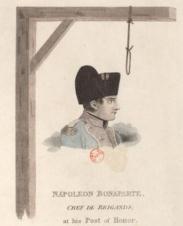