Celebrity chefs of the past: Meet the women who taught Europe to cook

Meet four early modern cookbook authors from across Europe and discover the fascinating stories of these women.

Do you remember how you learned to cook? You might have watched family members preparing meals. Maybe it was taught at your school? Or, if you’re a digital native, you found a tutorial online? Perhaps also, you picked up a cookbook and followed the directions.

She left home at a young age to work as a cook and housekeeper in various wealthy houses. One of her employers was State Secretary and General Post Master Baron Leonard Klinckowström. He hosted many receptions and dinners, leading to Cajsa’s skills being recognised by the Stockholm elite.

In 1755, she published the first edition of her book Hjelpreda I Hushållningen För Unga Fruentimber ('Guide to Housekeeping for Young Women'), financed by the 5000 dalers she inherited from her mother.

It contained over 800 recipes and other housekeeping advice. The book proved popular, and was published in a total of fourteen editions in Swedish, four in German, one in Finnish and one in Estonian. Following the development of new kitchen equipment and changes in used ingredients in the nineteenth century, the interest in her books dropped.

Borgarhuset, the house where Cajsa Warg was born and spent the first years of her life is one of the oldest preserved wooden buildings in the Örebro region. It is now part of the Wadköping open-air museum in the centre of Örebro, having been moved there in the 1960s.

Though there are no written accounts of this, the popular Swedish saying 'Man tager vad man haver' (You have to use what you have on hand) is traditionally attributed to Cajsa Warg.

She grew up in a bourgeois environment and, while not receiving a formal education, she had lessons in language, literature, music, crafts and social manners from a house teacher. She was happily married to a lawyer Valentin Nicolai Mangor. After her husband's death in 1812, she had to raise her three young daughters alone.

She made a living from craftsmanship. Over the years, she collected various recipes and, thinking that her collection could be useful for the others, theidea of a cookbook came to life.

In 1837, she anonymously published her first cookbook Kogebog for smaa Huusholdninger (Cookbook for Small Households). After trying to publish with C. A. Reitzel but being rejected, she self-published 500 copies with the assistance of her son-in-law's brother who owned a print house.

The book became a great success, with Magnor's name included in later editions. The recipes were precise and easy to follow and the book itself was affordable, making it accessible for many households. Madam Mangor wrote two more parts of the book, all of which have been revised and republished over the years. The 40th and final edition was published in 1910.

Eliza Acton (17 April 1799 – 13 February 1859) was an English food writer and the author of the very popular Modern Cookery for Private Families, one of the first English cookbooks for domestic use.

She grew up in Suffolk and later she managed a boarding school for girls. Having spent some time in France and returning to England, she wrote and published poetry.

Her Modern Cookery for Private Families was published in 1845 by Longman, the house that earlier published her poetry. The book quickly has become a bestseller. It featured mainly English recipes with some described by the author as French and some more newer, more exotic ones like 'chatneys' (chutneys).

Each recipe included precise instructions, a list of ingredients and cooking time. This approach was considered innovative as the previous books offered more general directions.

She also stressed the importance of cooking skills in making use of every ingredient - a Victorian version of zero food waste.

It may be safely averred that good cookery is the best and truest economy, turning to full account every wholesome article of food, and converting into palatable meals what the ignorant either render uneatable or throw away in disdain.

Her recipes were alleged to have been copied by another popular cookbook writer of the time - Isabella Mary Beeton known as Mrs Beeton, the author of Mrs Beeton's Book of Household Management.

EXPLORE MORE: What is the real palaeo diet, and who invented bread? Archaeological findings on eating and drinking in the past.

Maria Ochorowicz-Monatowa - vegetarian recipes and the importance of hygiene

Maria Ochorowicz-Monatowa (née Leszczyńska) was born in 1866 in Poland. She lived in Paris and Vienna, where she learned the techniques of French and Austrian culinary art.

After returning home, she introduced some of this style to Polish cuisine. Her Uniwersalna Ksiazka Kucharska ('The Universal Cookbook') contained 2,200 recipes with illustration. They were both modest and sophisticated, taking into account the necessary conditions for proper daily hygiene. It also contained information about nutrition and explained how the digestive system works. 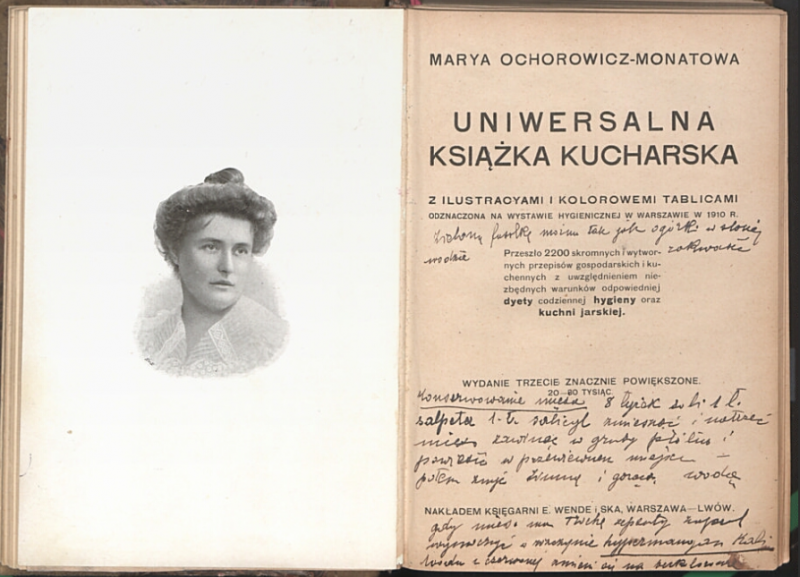 The book received awards at the Warsaw Hygiene Exhibition in 1910 and 1926.

Maria Ochorowicz-Monatowa encouraged the readers to use seasonal ingredients and grouped her recipes according to season. There was also a chapter with nutritious vegetarian recipes - written in relation to the economical situation at the time, but extremely relevant nowadays. 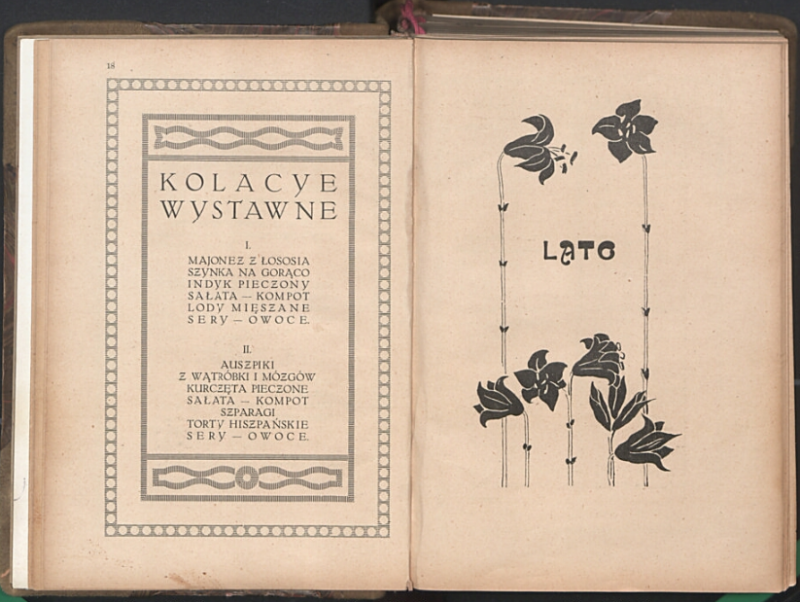 The book was an obligatory purchase for many Polish households. Today, it is still available in bookshops and appreciated my many contemporary Polish chefs.

Is there a famous female cook whose writing you learned from and appreciate? Let us know in the comments below.