The memory of the First World War, its events and consequences, its victims and victors, remains very much alive today. It has become part of the individual and collective memory of Europe and of countries across the world – the stories of soldiers and their families continue to be told and published from generation to generation. To mark the centenary of its outbreak in 2014, a consortium of national libraries and other partners from eight European countries that found__themselves on different sides of the historic conflict will make an unparalleled collection of more than 500,000 digitised items relating to the First World War freely available to the public for the first time through the Europeana online portal.

As part of this project, the consortium members will be adding a new blog post every month that looks at some of the stories behind just a few of these 500,000 images, starting with Matilde Serao. Parla una donna from the collections of the Biblioteca nazionale centrale di Roma. 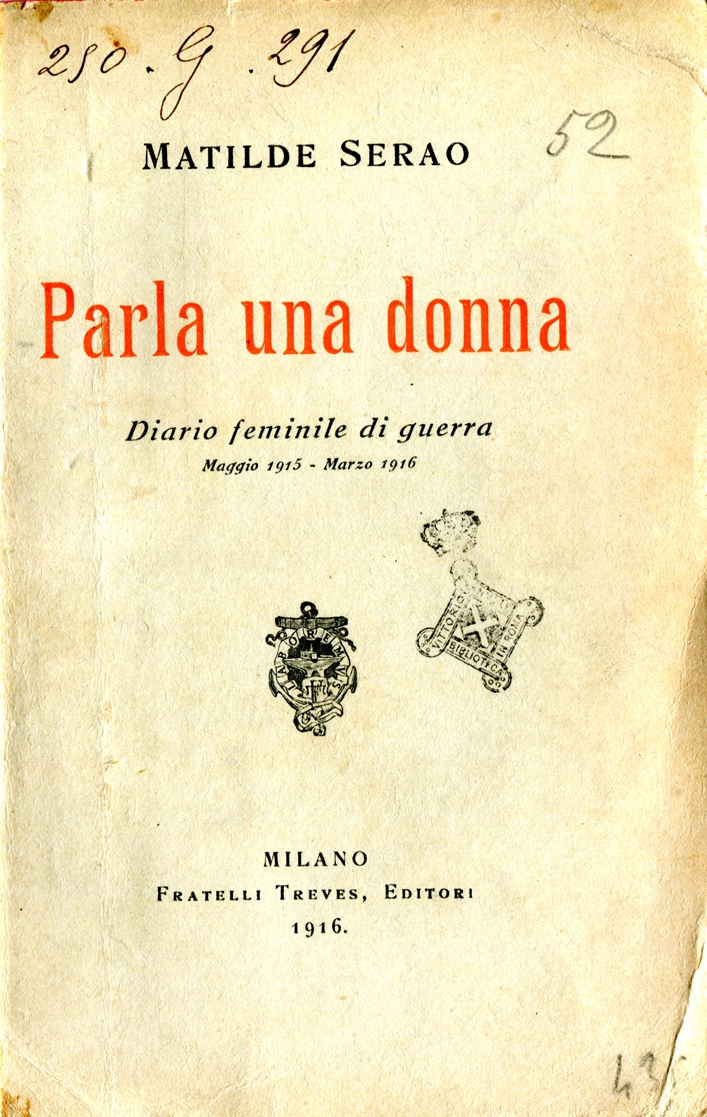 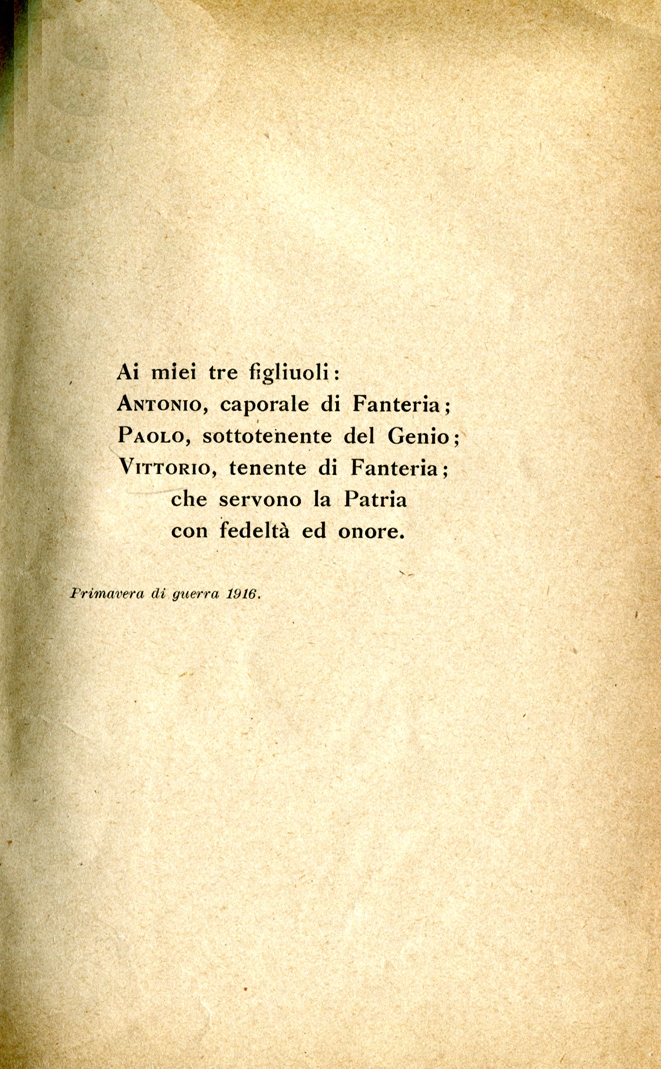 Matilde Serao, Parla una donna: diario femminile di guerra, maggio 1915-marzo 1916, Milano: Treves, 1916. Parla una donna, written by Matilde Serao, a writer and journalist (1856-1927), was published in 1916 by the Milanese publishing house Treves and collects some of her articles published at the beginning of the war in Il Giorno, the newspaper she started in 1904.

The diary, dating from 25 May 1915 to March 1916, turned out to be a rare document, extremely interesting not only because the reader gets in touch with the war through a feminine point of view, but also crucially because a woman, talking about war, actually is talking about women. As a reporter she records a picture of the first months of war, observing how Italian women made their contribution. Serao immediately points out that the book didn’t 'come out from the pen of an authoress: in it, a woman is talking'. A woman who, first of all, is Antonio, Paolo and Vittorio’s mother: all three of whom were called to arms, and to whom the book is dedicated. As such, the book is addressed to women, called 'sisters', who, like Serao, prayed to God that 'the terrible bitter cup of war is taken away' from their lips and that will all be saved from the horrors of the war.

Matilde Serao wants to make known the 'beauty of obscure heroism' and 'episodes of feminine virtue', among all social classes. She admires particularly women that work, peasant women that replace men in the fields, provincial women knitting wool stockings for soldiers, Italian women abroad, mothers, wives, and fiancées who have a smile on their face when they accompany the leaving soldiers and then live waiting to hear from them. All these women whose lives were transformed by the war, decided to silently sacrifice themselves, unlike many others, called 'female nits' ['nullità femminili'], that took advantage of the tragic moment to show off and give vent to their vanity. However, the writer wonders who will appreciate these manifestations of feminine virtue, of daily courage: 'who will award a prize to this unknown value? God sees: but the world is blind'. Matilde Serao gives herself her contribution: she reads to the mothers the letters of their sons at war, she visits the wounded soldiers in the hospitals and make them tell their stories, even if the soldiers prefer to tell the others’ deeds instead of theirs.

The author is driven by the will of collecting stories, for example when during one of her travels back from Rome to Naples – the train is full of Officers with the greenish grey uniform of the Italian army – she speaks with some wounded soldiers and she is struck, amongst them, by a pasty lieutenant that continually whispers 'If only I was injured…', complaining to go back home 'like a sissy' and not injured like his fellows, even if he had got hit by a grenade. The diary ends with the waiting for Spring that unfortunately will still be a season of war, but the Italian woman 'sees with her prophetic soul, beyond the season of tears and blood, the glow of Peace'. These words put an end to the book and show the writer’s pacifism. If before the war Matilde Serao made her newspaper Il Giorno take a neutral position, when the war begins she deplores all its evil. With Parla una donna she offers the positive examples of so many unknown women who, with commitment and humanity, gave their silent contribution in a moment of great difficulties.