Many medieval manuscripts are full of decorated capital letters that add colour to the page. They come in all styles and sizes, but what exactly are they and what was their purpose? 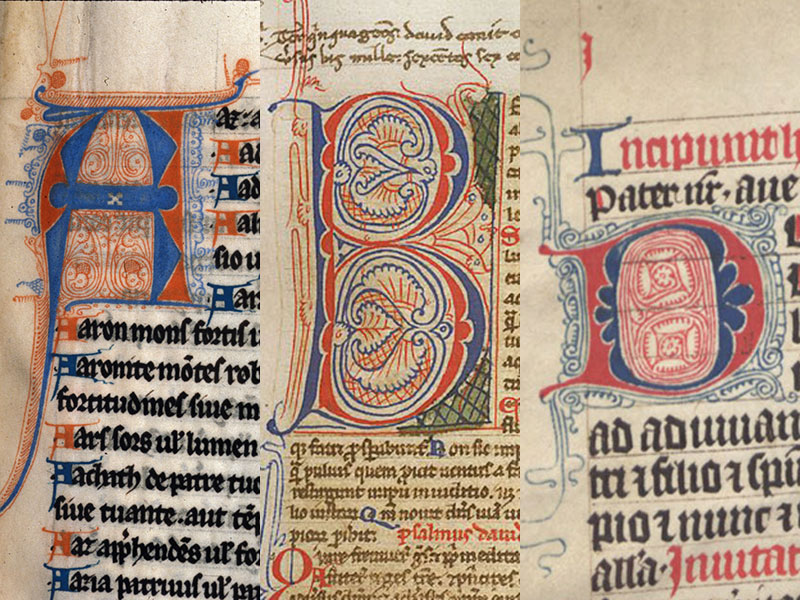 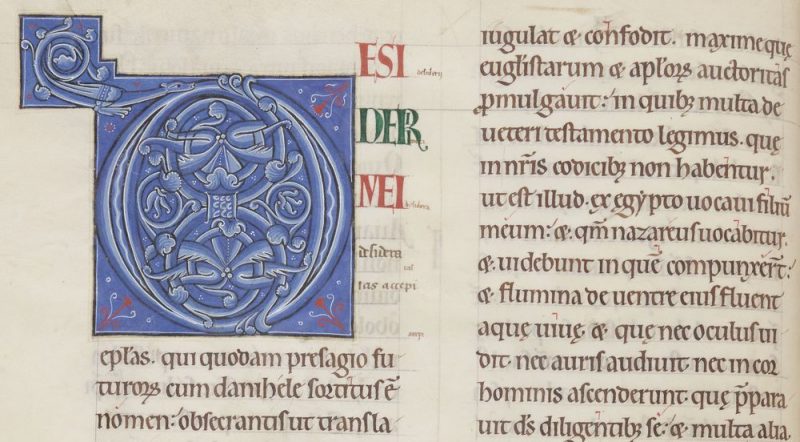 What is an illuminated initial?

The word illuminate, in the medieval sense, means to decorate with colours. An illuminated initial is an enlarged and decorated capital letter, the first letter of a section of text. They can vary from the basic pen-and-ink drawn letter to the most elaborate letter painted with gold or silver leaf. Text and illumination were complementary and were either closely related or sharply contrasted. Instead of initials, many Hebrew manuscripts have decorated initial-word panels. There is no distinction between upper and lower case in Hebrew, so the entire first word was often decorated.

These initials, like other painted elements, were added after the text had been copied, often by a different person – an illuminator. Space for these letters was marked out and left blank while the scribe worked, with just a small guide letter marked so the illuminator would know which letter to paint. In some manuscripts the initials were never added and you can see the space that was reserved for them.

What are they for?

Illuminated initials could have several purposes in medieval manuscripts. The most obvious is their decorative or aesthetic value.

Initials that include human or animal figures in or around them are said to be inhabited. Others may be more abstract, incorporating geometric or interlace designs - these are simply called decorated initials. Inhabited and interlace initial O. Second Bible of Charles the Bald, Abbey of Saint-Amand, c. 871-877 (Latin 2, f. 272); inhabited champie initial A with a dragon. Songbook of Noailles, Northern France, ca. 1275-1300 (Français 12615, f121v), Bibliothèque nationale de France, NoC-OKLR. Gilded initial S with the "bianchi girari" decoration typical of Italian humanistic manuscripts. Homer, Iliad, Italy, second half of the 15th century (Universitat de València BH Ms 413, f1 - CC BY-NC).

They could also be used to illustrate the text, in addition to or instead of miniatures.Historiated initials show a scene or a recognisable person that relates to the text, in and around the shape of the letter. Sometimes illuminated initials contrast with the text: they might show irreverent or humorous figures and scenes.

Beyond decoration and illustration, the primary role of illuminated initials was more practical. They provide a visual point of reference, marking the division of the text into books, chapters, paragraphs and sometimes even verses. 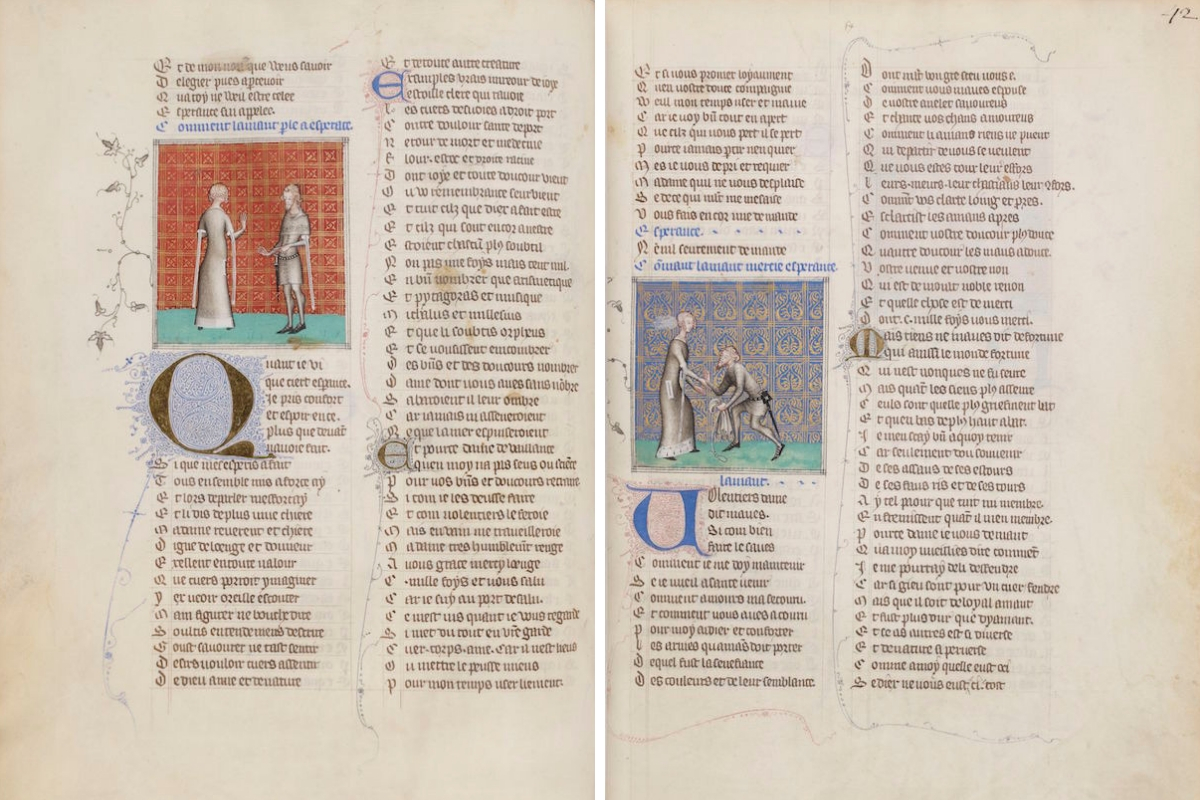 Unlike books published today, medieval manuscripts don’t have title pages and new chapters don’t generally start on a new page, because parchment was costly and the space on the page had to be used carefully.

Illuminated initials can look very different from one manuscript to another, and even within the same manuscript. This may depend on several factors:

Styles and techniques particular to one region would spread as scribes and illuminators travelled and exchanged ideas and techniques. One example of this is the Channel School. This style of illumination flourished on either side of the English Channel during the 11th and 12th centuries, and also influenced illuminators as far away as Bavaria and Bohemia.

This practice continued with the first printed books, which were designed to resemble manuscripts as closely as possible. Many printers left space on the page so that initials and other elements could later be added by hand, according to the owner’s specifications.

The blog post is a part of the Rise of Literacy project, where we take you on an exploration of literacy in Europe thanks to the digital preservation of precious textual works from collections across the continent.**