How post-war upcycling became a symbol of female solidarity

Published May 3, 2019 by
Europeana Foundation

'Weave the pattern of your life' 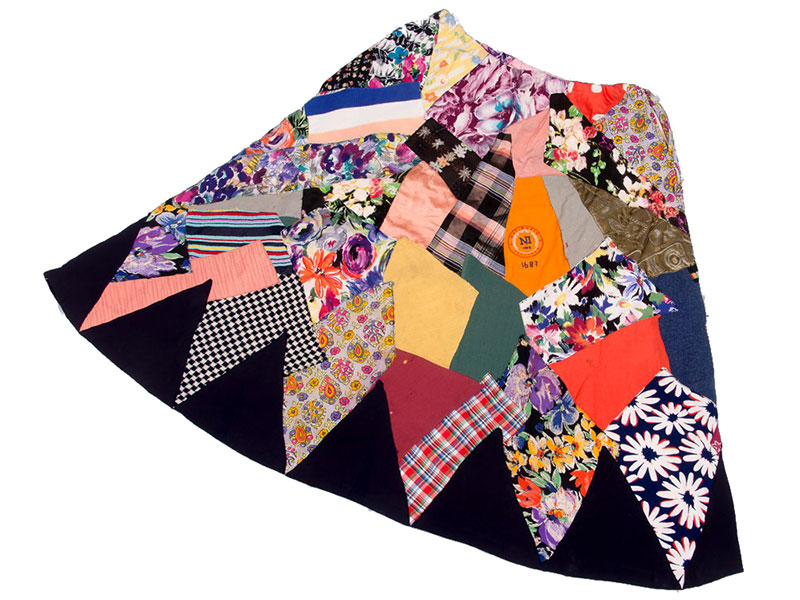 In the aftermath of World War 2, after the liberation of The Netherlands from German occupation in May 1945 and the festivities that followed, many Dutch women made special commemorative skirts, called ‘nationale feestrok’ or 'bevrijdingsrok' in Dutch - the latter translates as liberation skirts in English. The idea behind this festive garment came from Mies Boissevain-Van Lennep.

During the war, for her resistance activities during the occupation, Mies had been imprisoned and sent to a concentration camp. Shortly after her arrest in 1943, she was sent a scarf made of textile patches from garments of relatives and friends, which brought back special memories.

After the war, Mies was a member of a women's group that decided to create a garment to celebrate the rebuilding of the Netherlands after the war. For this, the liberation skirt had great symbolic value. 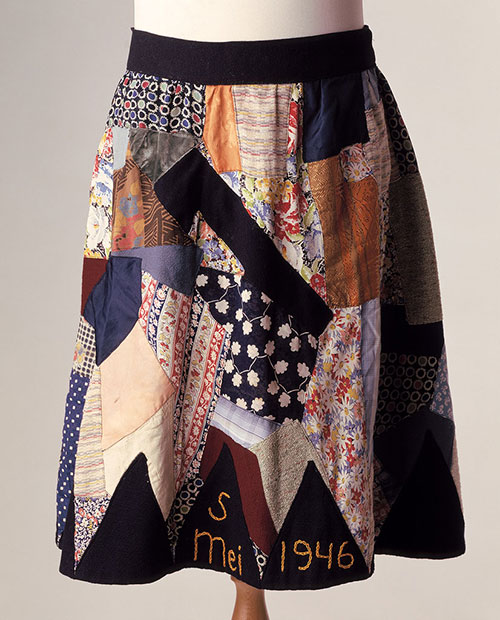 The commemorative skirt had to meet certain conditions - the old but colourful patches had to be sewn on to an older skirt so that the original background disappeared and a new colourful piece of clothing was created. Today, we would call it upcycling.

The hem had to consist of equal triangles with the date ’5 May 1945’ and the dates of national holidays on which the skirt was worn sewn into it. The wearer could also wear the skirt on other important events or celebrations and commemorate those events on their skirts.

Those creating a skirt were to ‘weave the pattern of your life into your skirt,’ as a song composed in honour of the idea put it.

Processing the war experience with solidarity

The philosophy behind the patchwork skirts was, on the one hand, that the use of the fabric remnants represented the reconstruction and renewal of the Netherlands, while on the other hand, that women could process their own war experiences during the crafts.

Wearing the skirts together would reinforce the feeling of solidarity among women. The skirts looked alike, but each was different. The idea was that you should not be able to see differences in the social position of the wearers.

A liberation skirt only became a ‘National commemorative skirt’ if it was officially registered. In the end, around 4,000 skirts were registered. The highlight of the phenomenon was in September 1948, in celebration of the Golden Jubilee of the reign of Queen Wilhelmina when hundreds of women wore their commemorative skirts for a parade in Amsterdam and across the parliament courtyard in The Hague.

Because of the success of her initiative, Mies travelled through the United States in 1949 at the request of The Netherlands Information Bureau (NIB) for a propaganda trip about ‘Woman's life in the Netherlands of Today’.

She visited 27 states and spoke at many occasions always putting the commemorative skirt and its philosophy at the centre of her talks. She sincerely hoped that the ‘Magic Skirts of Reconstruction’ (as they were called on one occasion) would become an international symbol for female values around the world. The American media at the time, however, described her work solely as a peace initiative and neglected the aspect of female solidarity she promoted.

Although the skirts did not become a worldwide phenomenon as Mies hoped, and the interest in The Netherlands waned after a while, this does not mean that the commemorative skirt disappeared completely.

Skirts were known to be worn on Liberation Day up to the 1980s and in 1981 a provincial museum in Ede organised the first exhibition around the ‘Nationale Feestrok’. During the following decades, the commemorative skirt found a place in the collective memory of Dutch society through the work of memory institutions and researchers.