Born into poverty, Josephine Baker reached heights beyond what could have been possible for an African-American woman between the 20s and 60s. She was a polarising force throughout her life as a performer and activist. Seen as a threat to the United States for speaking out against race discrimination, she was loved in France - a country she performed in and would later call home, and whose people honoured her for her bravery during WWII.  Instilling fear in one nation, she captivated audiences in another. 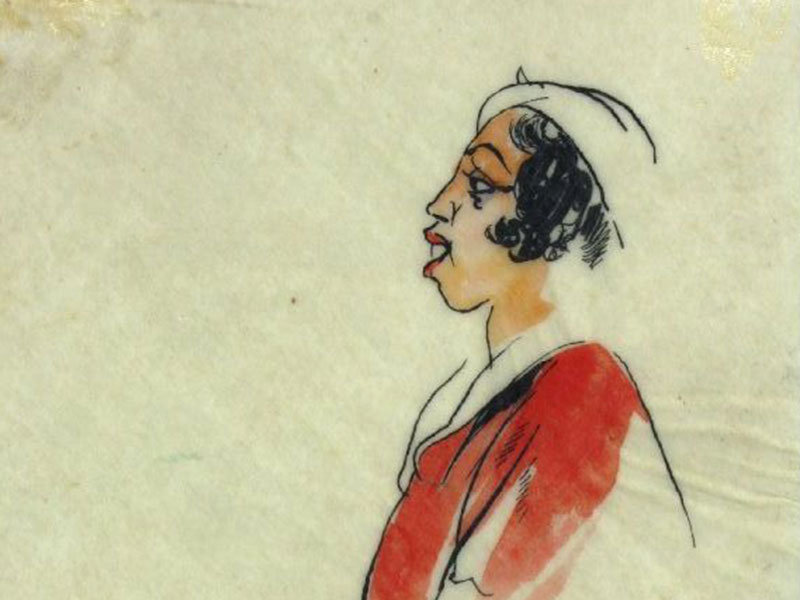 Josephine Baker (1906-1975) was born Freda Josephine McDonald in St.Louis Missouri. Her mother was adopted by former slaves of Native American and African descent, but she never got to learn the true identity of her father. She and everyone around her suspected he was a white man but her mother took that information to the grave. This theory seems plausible as her mother was admitted to an all-white female hospital for six weeks and gave birth to her there. It is also said that she had worked for a German family right before she got pregnant.

As a child, Baker earned a living for her poverty-stricken family by working as a domestic maid then eventually giving short dance performances on the streets of  St. Louis.

Baker’s teen years were filled with street performances with various groups. As a teen, she went through two marriages, the latter one giving her the name Baker, which she kept as it was associated with her growing success as a dancer.

By the age of 19, she went on tour in Paris and became famous for her practically nude performance wearing only a banana skirt. She found her success touring Europe and became a French citizen in 1937.

During the outbreak of WWII, Josephine played an important role collecting information on German troops at parties she attended. Her career as an entertainer allowed her to move around Europe carrying secret information on her music sheets with invisible ink.  After the war, she received the croix de guerre and the rosette de la résistance.

Arrival of Josephine Baker in the Hague, Netherlands Institute for Sound and Vision, Public Domain Mark.

Baker was a supporter of the Civil Rights Movement and would hold speeches about segregation in the US wherever she went on tour. She would tune her words to address the different ethnic groups she was speaking to express how the US was treating their people in America. She also refused to perform in segregated places in the US.

Unless there is a halt to the waves of lynching, electrocutions without proof, collective aggression and other beauties of the “American way of life”, it means that all the blood spilled in the last war has been in vain. The apparent enemies of Hitler see his triumph multiplied in the Southern United States.

Her constant criticism of American racism was threatening the international relations of a country trying to project 'individual rights and liberty in America' as well as the benefits of democracy over communism. In the 50s, US embassies in various South American countries made it difficult for her to enter and perform in Latin America if she did not stop her political speeches. But because she had French citizenship, they could not seize her passport and stop her from travelling as they did with other African Americans calling out the country for its discrimination.

Arrival of Josephine Baker, by Polygoon-Profilti (producer) / Netherlands Institute for Sound and Vision (curator), is licensed under Public Domain Mark.

Josephine Baker had a vision of change she wanted to see in the world and fought to make that change. As well as using her stage as a platform to raise awareness, she also adopted 12 children all from different nationalities to prove that despite physical differences, children of different backgrounds could love each other as siblings.

As of 30 November 2021, is the first Black woman to enter the Pantheon.