The story of dragons

Creatures of literature and folklore

Dragons have played the role of bad guy in many a Western folk story or legend. They’ve been part of our literature and folklore as far back as we can remember (there’s one in Beowulf), and are still pervasive in our culture today.

You probably heard the story about St George slaying a dragon. But did you know Hercules slew one too? And how about St Margaret of Antioch? She refused to marry a man who wanted her to renounce her Christianity. As punishment, she was gobbled up by Satan disguising himself as a dragon. But lo and behold, she gave the dragon a dig with the cross she wore, which irritated him so much he threw her back up.

I think dragons are also pretty cool simply because they give us the opportunity to use the word ‘slew’. You don’t just ‘kill’ a dragon, or ‘put it down’. I will slay. I slew. It was slain. The very declension of the verb evokes sword-wielding olden times.

But our fearsome dragons are a far cry from those depicted in Far Eastern art, where they usually symbolise potency, cosmic energy and good luck. These two sets of dragons even have different ‘designs’, with those in the Chinese style being more serpent-like, and our European ones having wings.

Here’s a question for you - how many countries have a dragon on their flag? Answer at the bottom of this blog. 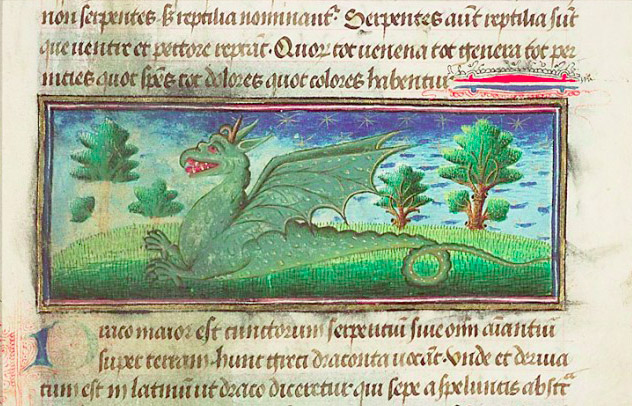 A Dragon, National Library of the Netherlands, public domain

Did you know that Harry Potter’s nemesis Draco Malfoy is named after a dragon? Draco is the Latin word for dragon. Not quite a dragon but still pretty nasty, there was a Draco in the 7th century BC who was a legislator in Athens, notorious for handing out the death penalty. He gives us the word ‘draconian’. There’s also a Draco constellation that those of us in the northern hemisphere can see all year round - this is the one that Hercules killed. I mean slew.

In the gallery below, I’ve picked out a range of dragons from Europeana. Some fierce. Some brutal. Some smooth and scaly. Some feathery and furry. Some actually quite cute. And if you’re wondering, the seven-headed dragon that appears twice is the dragon from Revelations Chapter 12: ‘And there appeared another wonder in heaven; and behold a great red dragon, having seven heads and ten horns, and seven crowns upon his heads.’ Teaser answer: Three - Wales, Bhutan and Malta (St George and the dragon are represented on the Maltese flag’s George Cross emblem). 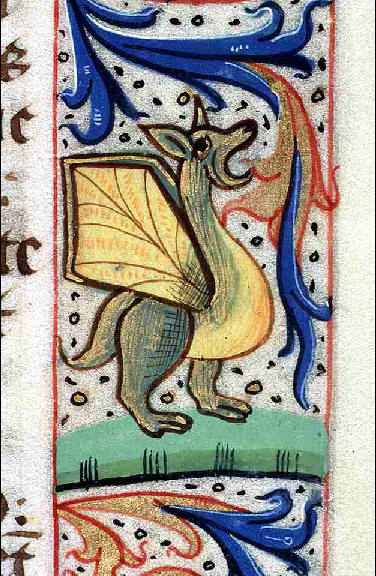 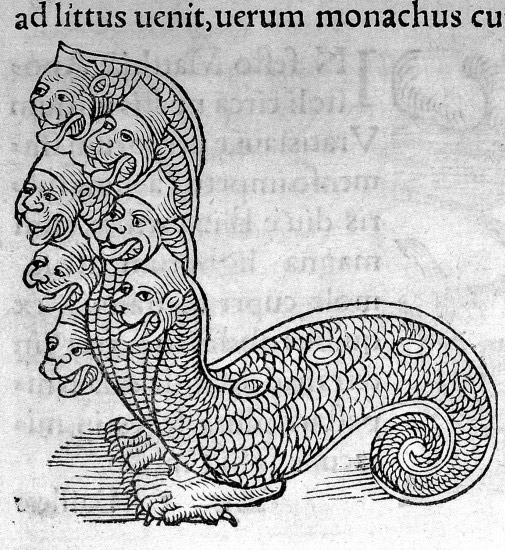 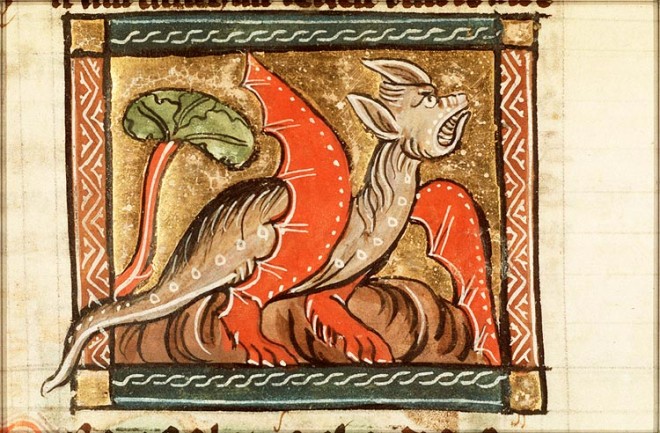 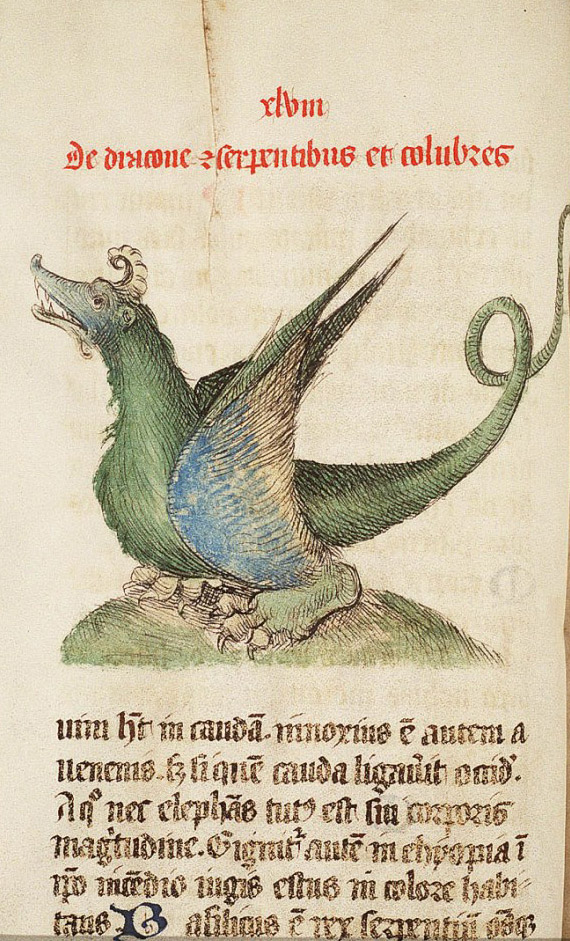 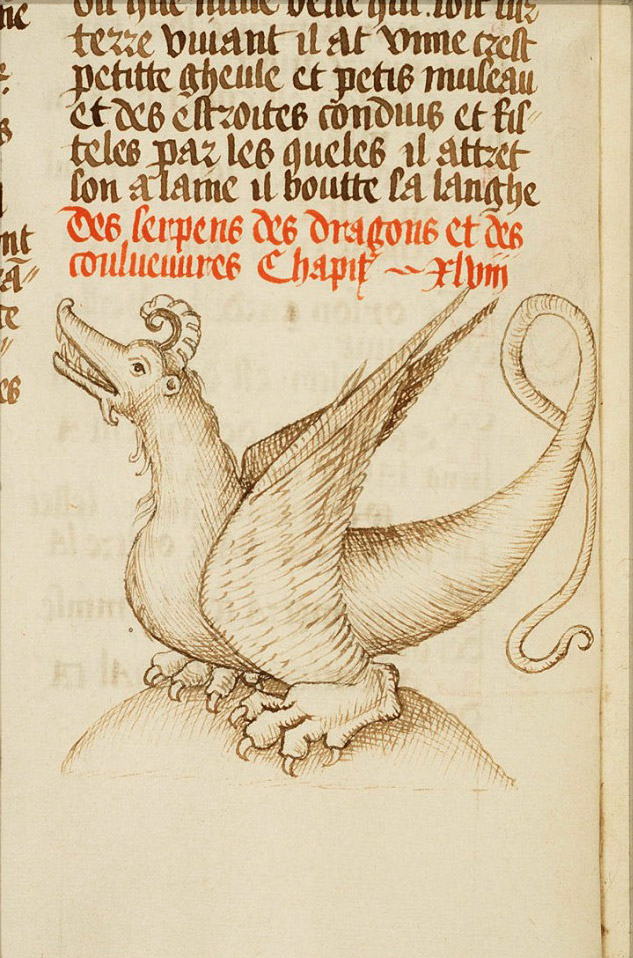 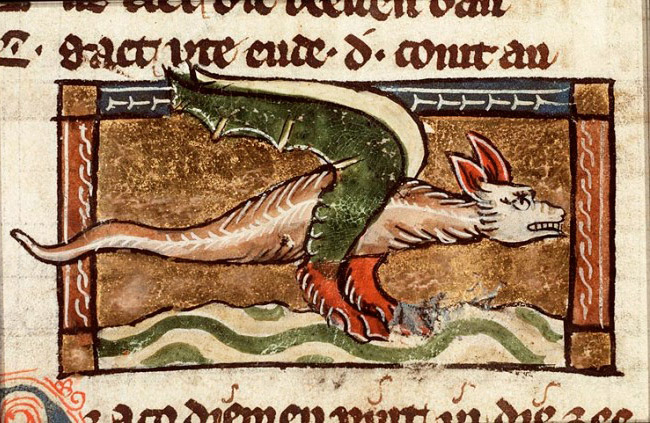 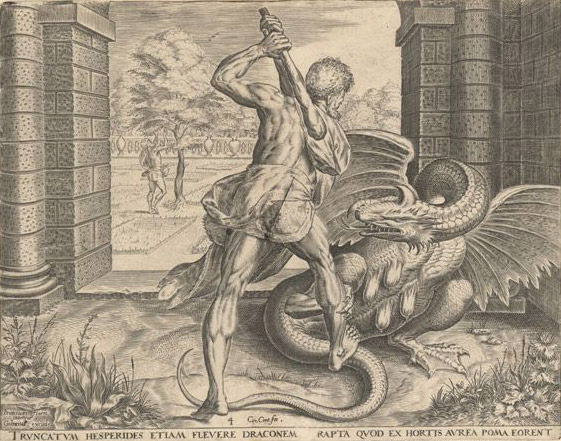 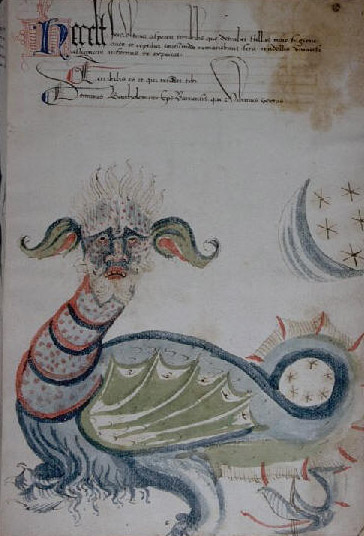 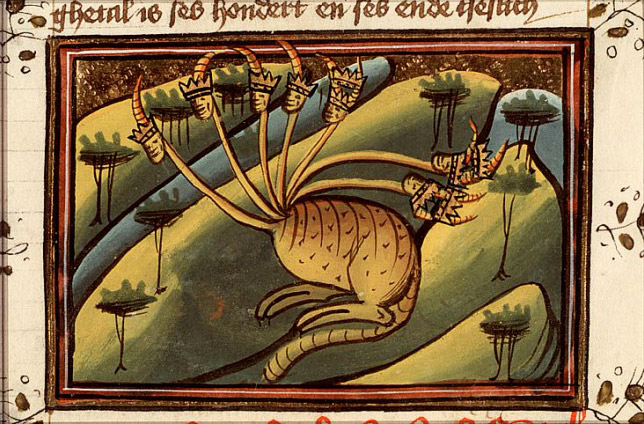 The dragon with seven heads, National Library of the Netherlands, public domain 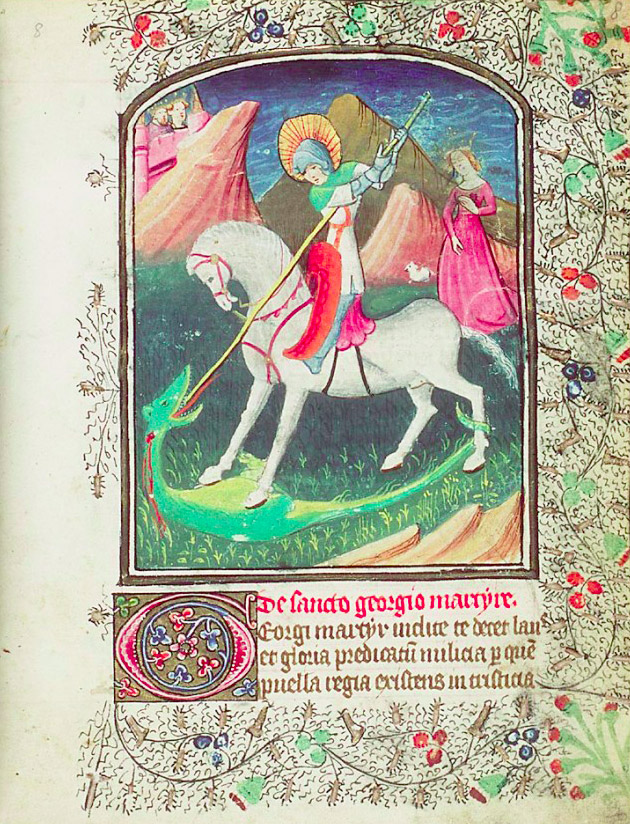 St. George on horseback fighting the dragon; the princess nearby with a dog(?); the king and queen watching the scene from the city-walls, National Library of the Netherlands, public domain 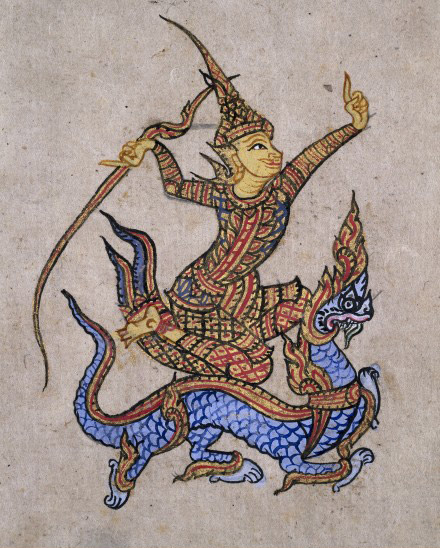 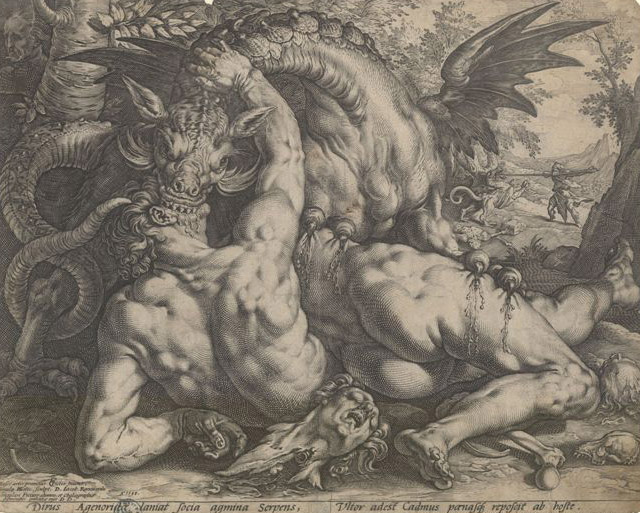 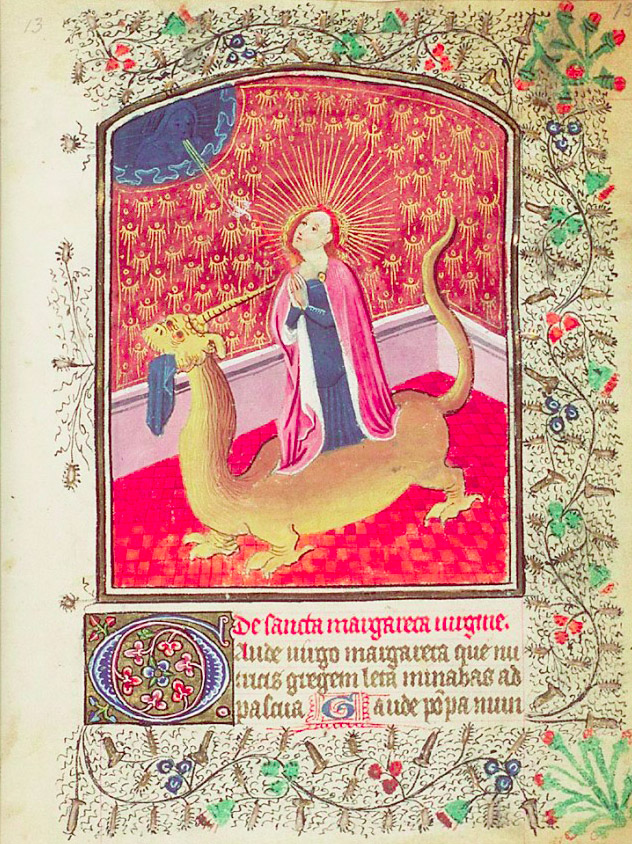 St. Margaret of Antioch emerging from the dragon and holding a cross; God the Father and Holy Spirit, National Library of the Netherlands, public domain

If you are interested in more images of dragons, check out our Pinterest board: Dragons and Mythical Creatures.