During 2012, and as part of the "Connecting Society to Culture Programme", Europeana invited developers and designers to demonstrate the possibilities of using the Europeana API to develop marketable applications. The Hack4Europe-competition was launched by EU Vice-President and Commissioner for the Digital Agenda for Europe Neelie Kroes on May 9. At hackathons in Warzaw, Riga and Leuven developers have had access to the Europeana API and through it to the more than 23 million records in Europeana. At each hackathon juries have selected winners in three categories: Greatest commercial potential, Greatest social impact and Most innovative. Also at each hackathon the participating developers have also voted on the Developer's Pick award. The Europeana jury have then finally selected three winning applications and teams from each hackathon to showcase at the Digital Agenda Assembly in Brussels.  Below you can get a preview of and more information about these three prototypes. In total 22 prototypes were developed and in the next days we will add information and links about them all on the Hack4Europe-pages. Hack4Europe Warsaw - Artspace 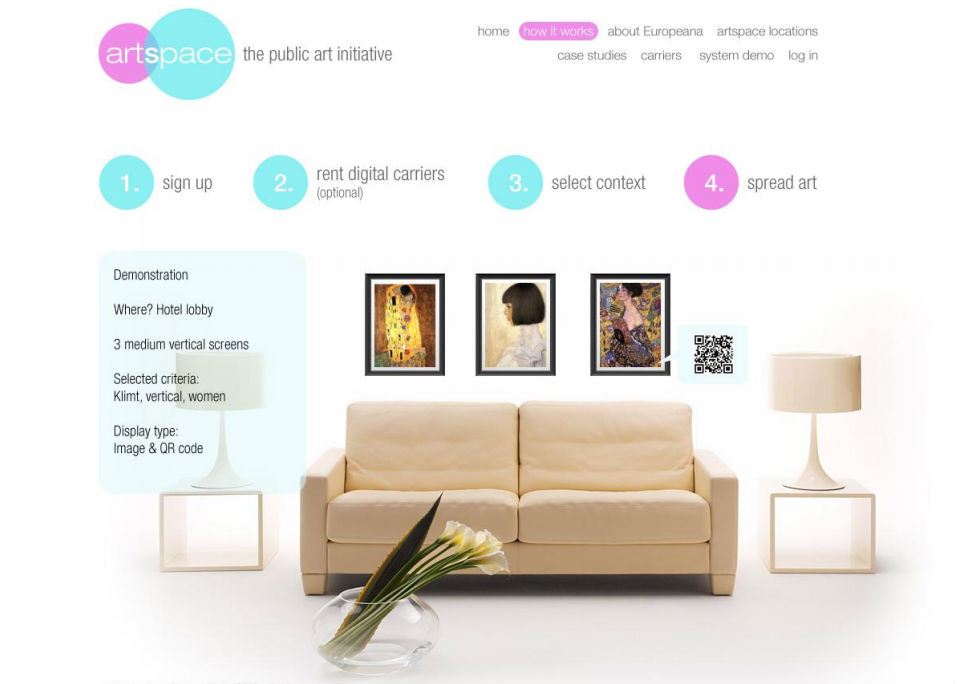 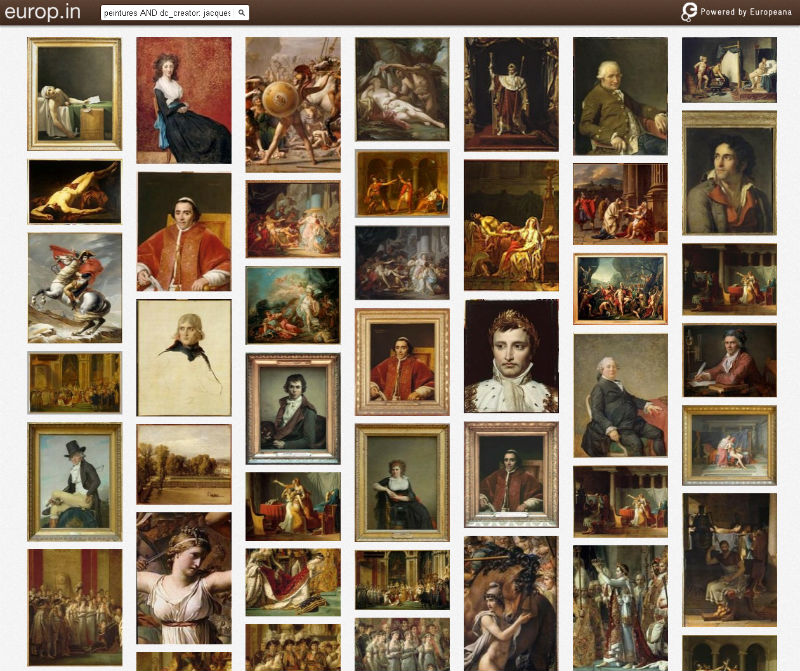 Europ.in makes searching, navigating and sharing Europeana content more fun. Starting with a simple search the results are displayed in a highly engaging visual manner. Users of Europ.in can then easily use the search results to navigate further or to get the details about an individual record. Europ.in was developed by Ēriks Remess, Maksim Berjoza and Uldis Bojars. Hack4Europe Leuven - Stackathon 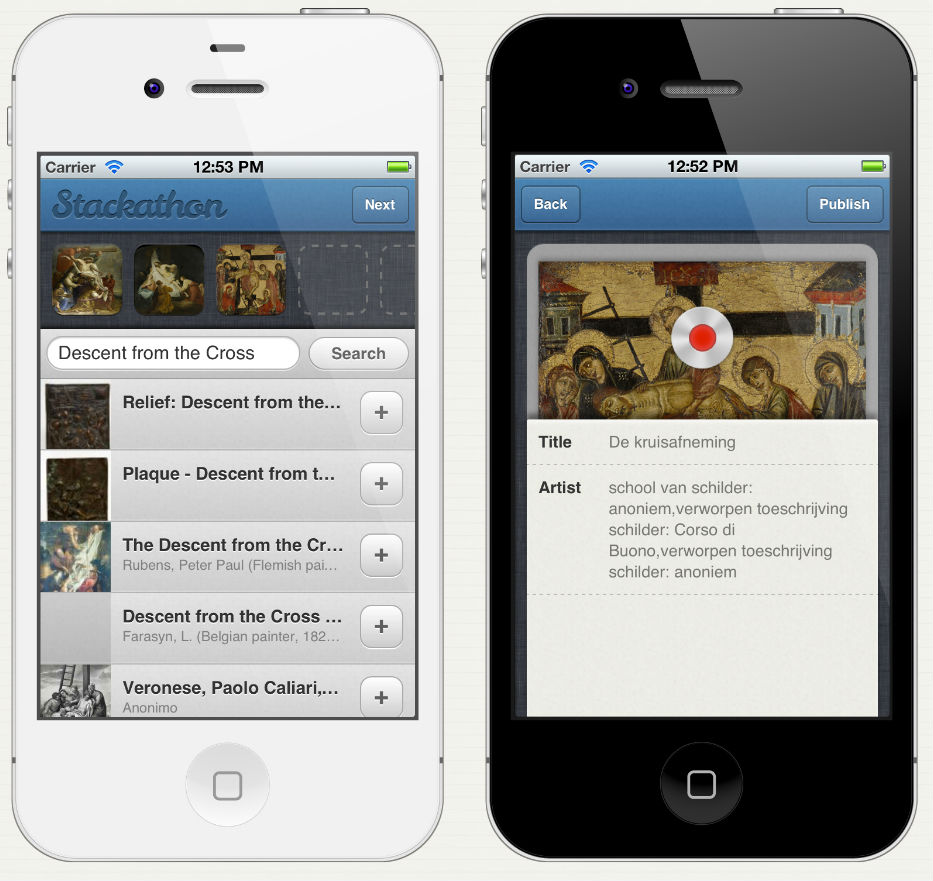 Stackathon is a mobile application that allows users to search and select artworks in Europeana. The user can then, using the phone itself as a recording device, add audio comments to the selected artwork. The audio annotated artworks can then be shared online. In this way personal guides to art or art critiques can be created and shared. Stackathon was developed by Senne Van Den Bogaert, Mehmet Celik and Wouter Aerts.