Read about one of the most famous and lavishly illustrated manuscripts made in England in the Romanesque era.

Thanks to the patronage of The Polonsky Foundation, the Bibliothèque nationale de France (BnF) and the British Library have established an unprecedented partnership in the field of medieval manuscripts. 400 manuscripts held by the BnF, and 400 held by the British Library were selected because of their importance for the history of French and English relations in the Middle Ages, as well as for their artistic, historical or literary value. Written between the 8th and the 12th centuries, they represent the variety and spread of the intellectual production of the early Middle Ages and the Romanesque era. 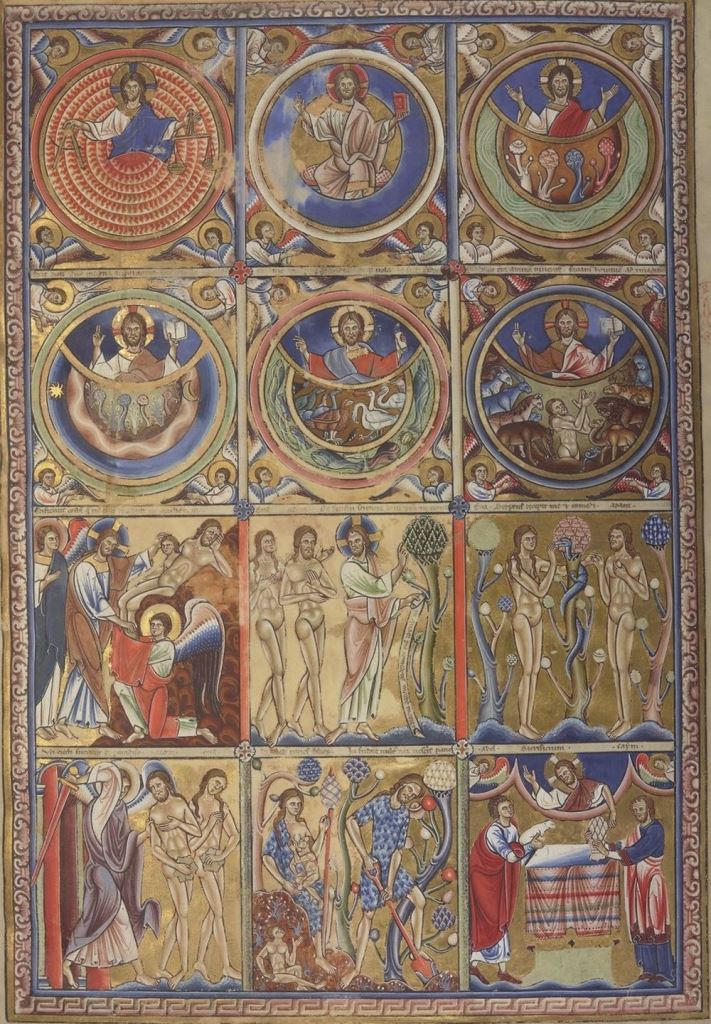 The Canterbury Psalter (BnF, Mss., Latin 8846) is one of the most famous and lavishly illustrated manuscripts made in England in the Romanesque era. It was produced in the late-12th century and illuminated around 1200 in the scriptorium of the Benedictine monastery of Christ Church of Canterbury, an archiepiscopal seat and one of the richest ecclesiastical houses in England. 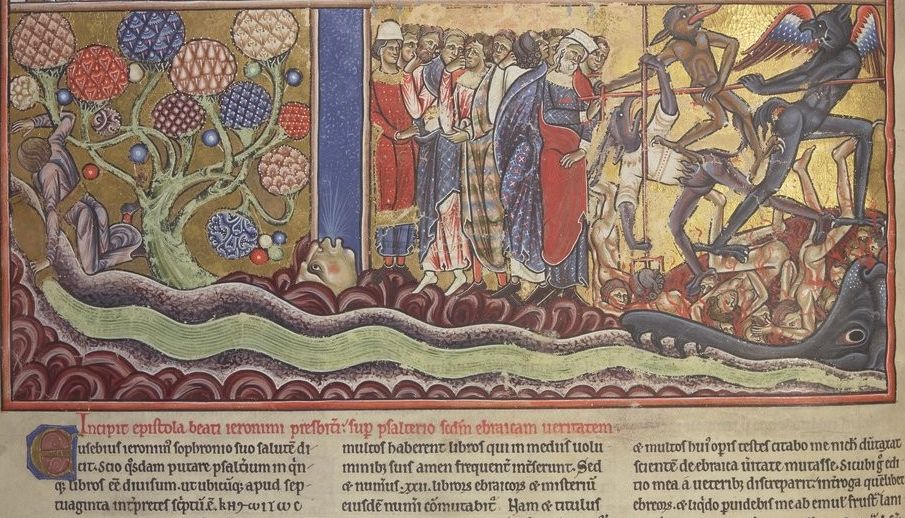 The Canterbury Psalter is extraordinarily rich textually as well as visually. It includes two Latin versions of the Psalms along with the Hebraicum, a translation made from Hebrew that was never used liturgically. Moreover, there is a fourth version present in the interlinear translation of the Psalms into Anglo-Norman French, written above the Hebraicum text. A few lines of Old English are also included in the Psalter. As such, it embodies an attempt to embrace all available knowledge on the Psalms, each translation contributing to the understanding. 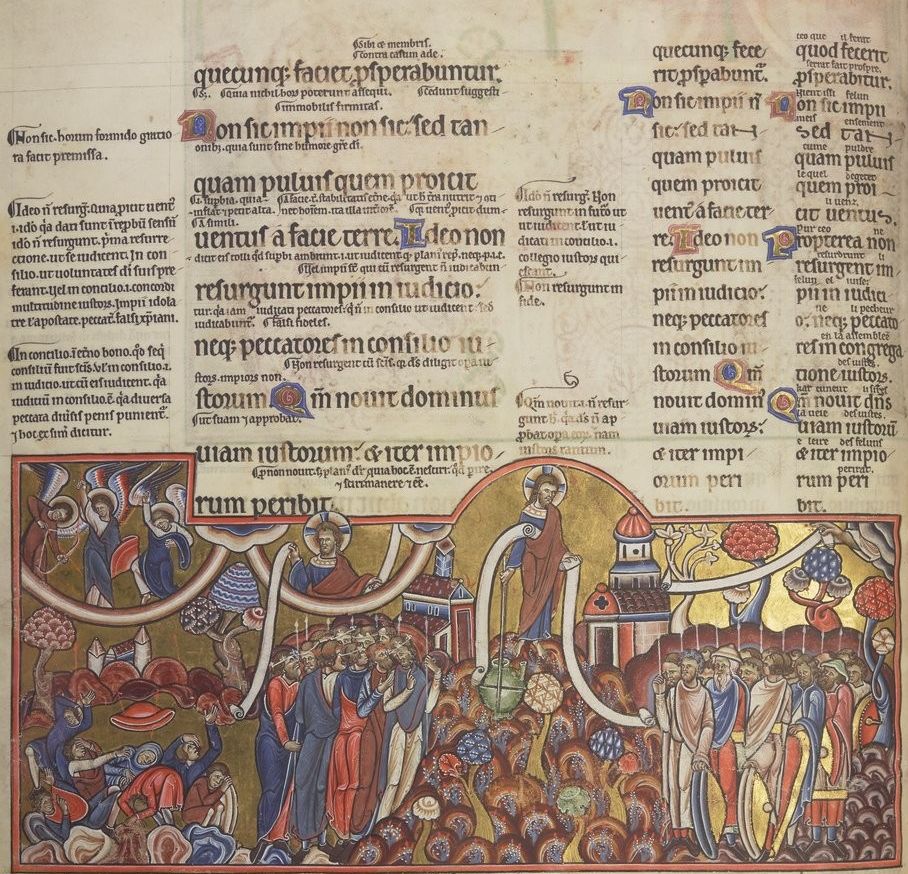 The illuminations of the Psalter illustrate how manuscripts and their models travelled in the Middle Ages. A single artist presumably painted the eight full-page prefatory images of the biblical story and 47 large illustrations for individual Psalms. The artist was apparently following the iconographic programme found in another Ppsalter copied in the same scriptorium in the mid-12th century by a monk named Eadwine. The Eadwine Psalter, which now belongs to Trinity College, Cambridge (MS R.17.1), is itself an adaptation of a Carolingian model, the Utrecht Psalter (Utrecht, Universiteitsbibliotheek, MS Bibl. Rhenotraiectinae I Nr 32.), which was at Canterbury for a period in the Middle Ages. The artistic style of the Canterbury Psalter is similar to two manuscripts: Oxford, Bodleian Library, Auct. E. inf. 2 and BnF, ms. Latin 10433. 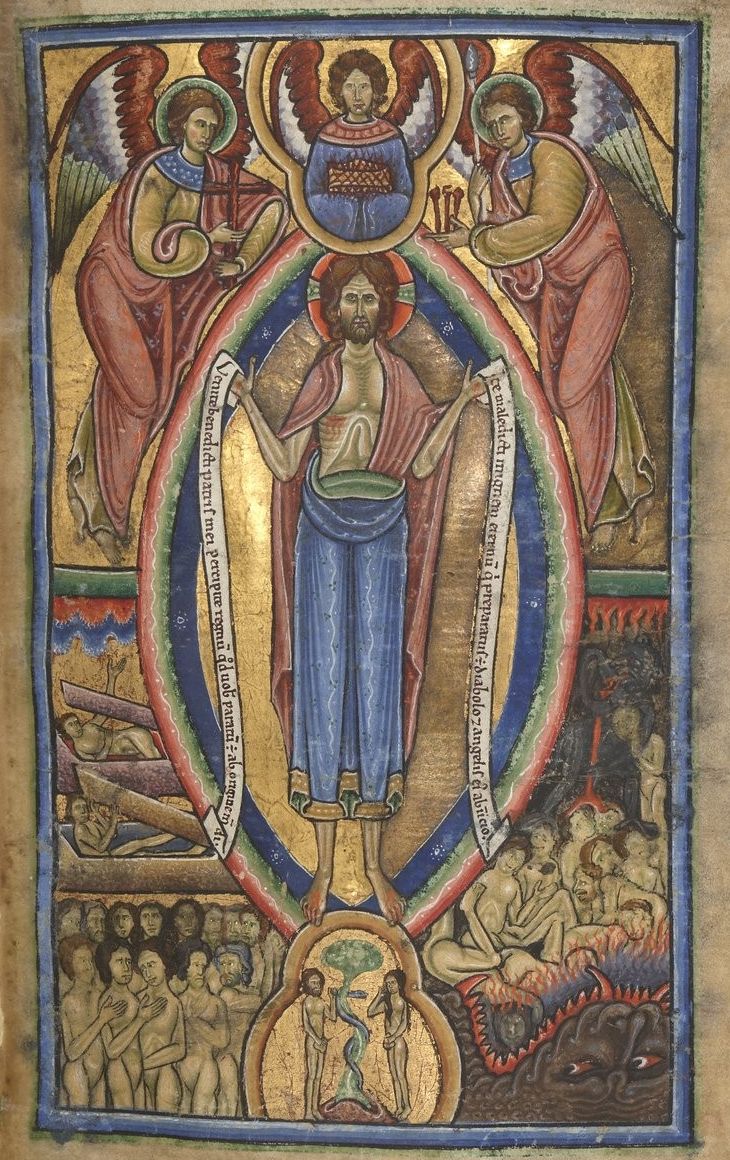 The Canterbury Psalter is also called the “Anglo-Catalan Psalter” because its text and its decoration were completed in Catalonia where the manuscript travelled during the fourteenth century. 52 miniatures and several historiated initials have been linked to a Catalan workshop of an artist called the San Marco Master, who was active in Barcelona around the mid-14th century. 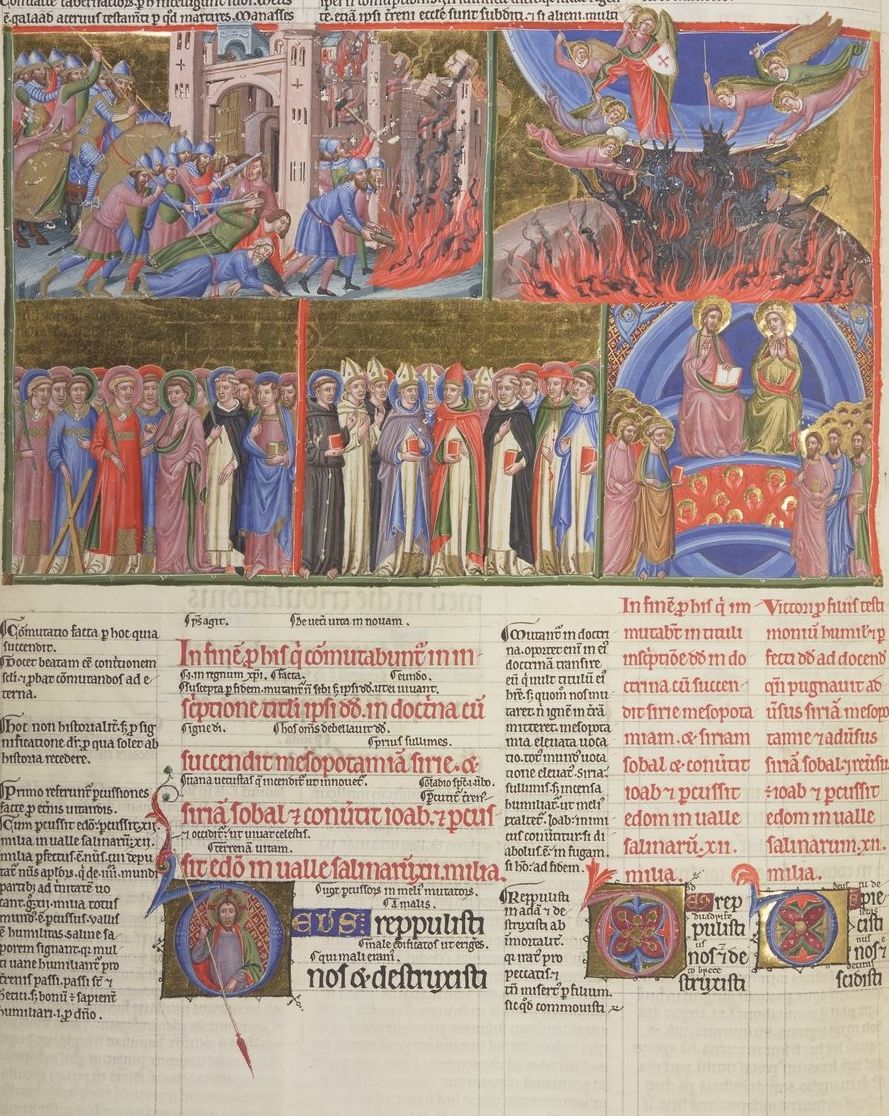 One indication of the great interest in the manuscript is its eventful history. After its stay in Catalonia, it arrived in the library of Marguerite of Austria, then in that of her niece Marie of Hungary, the queen of Hungary and Charles Quint’s sister. After her death, it joined the collections of the Burgundian library in Brussels that were acquired by the French national library in 1794.