The story of Liane de Pougy: a courtesan, a princess and a saint - all in one lifetime.

You might recognise Liane de Pougy's face from a vintage poster or photograph. Behind the beautiful woman from the old pictures, there's an incredible story. This is the story of a woman who was a courtesan, a princess and a saint - all in one lifetime. 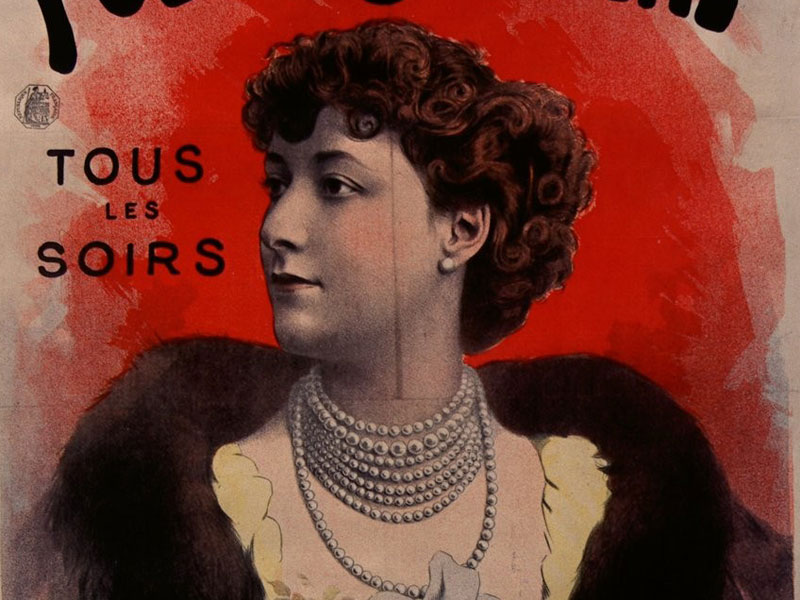 A teenage mother and victim of domestic violence

Liane de Pougy was born as Anne Marie Chassaigne on 2 July 1869 in Pays de la Loire region in France. She grew up in a nunnery.

At the age of 17, after falling pregnant, she married a naval officer Armand Pourpe. Her son, Marc Pourpe, became one of the pioneering pilots of French aviation and died aged 27 in 1914, during World War I. 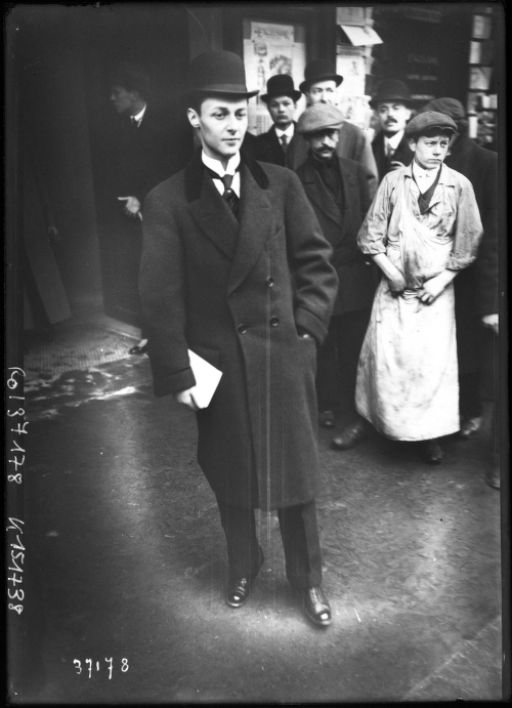 The marriage of Anne-Marie and Armand was difficult and painful.

In her memoirs, she wrote that her husband was violent and abused her, which resulted in scars on her body which were visible until the end of her life.

According to some reports, when Armand was away on a mission, Anne-Marie began a relationship with Marquis Charles-Marie de Mac-Mahon. One day Armand caught them together in bed, and allegedly shot at his wife with a revolver.

When Anne-Marie decided leave her husband, she sold her piano and used the money to immediately run away to Paris. She left behind their young son who was raised by his grandparents. Later, she filed for divorce - even though it had recently been allowed by law, this act was considered a scandal.

A Parisian vedette and courtesan

In Paris, Anne Marie started her career as a cabaret dancer and courtesan.

She performed under the name of Liane de Pougy, taking the last name of one of her lovers. She danced at Folies Bergère and was considered a rival of the Spanish beauty La Belle Otero.

Liane learned the secrets of the profession of the courtesan from the Countess Valtesse de la Bigne, known as 'the courtesan of the whole Paris' and the owner of the famous bronze bed which inspired the description of the bedroom of Nana in the famous novel by Emile Zola.

In love with a woman

In 1899 Liane de Pougy met an American writer Natalie Clifford Barney with whom she fell in love.

'That was in the days of the Amazon's youth, and of my own. We were passionate, rebels against a woman's lot, voluptuous and cerebral little apostles, rather poetical, full of illusions and dreams. We loved long hair, pretty breasts, pouts, simpers, charm, grace; not boyishness.'

The passionate relationship lasted for around a year. Natalie was young and curious, and didn't want to commit to a long-term relationship. Yet, the two women had strong feelings for each other for the remainder of her lives.

Liane described their relationship in the novel Idylle Sapphique which became a bestseller. The love correspondence between Liane and Natalie has been published as a book as well.

At the height of her career in 1910, Liane met the Romanian prince Georges Ghika.

They fell in love and were married a few months later. The famous Liane was much more wealthy than the Prince Georges, whose family, though they were noble, were impoverished. Yet, she honoured her new title and as a result, changed her lifestyle and settled down.

They were happily married for sixteen years until Georges left Liane for a young artist Manon Thiébaut, who was also a former lover of Liane. To cheer herself up, Liane took a few lovers as well.

At the same time, she threatened Georges with divorce. The prince came back, but their relationship was nothing like before.

A nun and supporter of disabled children

In 1928, Liane met and became friends with the Mother Superior of the Saint Agnès Asylum - an institute which took care of disabled children.

Liane supported the asylum by fundraising money among her rich Parisian friends, including Coco Chanel.

During World War II, Liane and Georges Ghika moved to Lausanne in Switzerland. There, she met Father Rzewuski, a Dominican priest who brought her closer to religion and spiritual life, became her confidant and, later, wrote the introduction to her autobiography.

After the death of her husband in 1945, Liane joined the monastic order Saint-Dominic. She remained there, as a nun, until her death in Lausanne in 1950.