Five of the finest (anti-)heroines from European literature 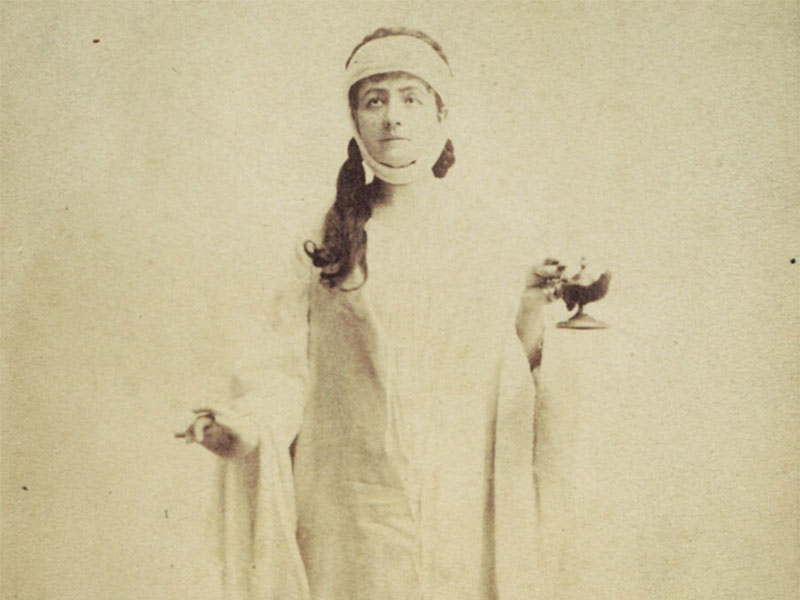 Technically, it’s simple - an anti-heroine is the opposite of a heroine. According to both the Oxford English Dictionary and Wikipedia, it means ‘lacking’ traditional heroic qualities - things like bravery, strength and morality.

An anti-heroine is a female protagonist who is not confined by the expectations put upon them, someone who makes ‘unconventional life choices’. The trouble is, conventions and expectations have always had an awful lot to do with gender. So what I came to understand was that being an anti-heroine meant rocking the boat, no longer being feminine, becoming ‘other’.

These days, our definition of what it means to be feminine is much broader than that which constrained the authors of the characters outlined below. So categorising these characters as anti-heroines now starts to feel problematic. They all break the feminine mould of their time - whether or not they possess beauty, none of them will tow the line, they follow their own desires, they stand up for themselves.

It is exactly this anti-heroic ‘bad behaviour’, and determination to ‘defy conventional ethical codes’ that makes them real and relatable. To characterise them as 'anti-heroic' and therefore ‘lacking’, seems wrong. They are strong, independent, courageous, passionate, tempestuous, intelligent, angry, sometimes even evil. And they show us that even when a life is constrained by behavioural codes relating to patriarchy, marriage and motherhood, that it is ok to want more than that, to find a way to get more than that. They tell us that what a woman wants for herself matters more than what society expects of her. That shows great bravery, strength and morality, doesn’t it? It makes them not 'anti-heroic' but bonafide 'heroic'.

However you want to categorise them, here are five box-breakers from great European literature:

When I finally got round to reading this, it made me both smile and laugh. Where were you all my life, Jane? Despite being from the fusty old Victorian era, Jane was a breath of fresh air to me. Jane is orphaned early on, (solid way to start a story - see nearly every Disney movie), but she is not blessed with the other heroic Disney trope of beauty. Nor is she given to going along with things that she does not agree with. So, ugly and disagreeable, she must instead have a personality. And it’s a great one. Go and read it.

I care for myself. The more solitary, the more friendless, the more unsustained I am, the more I will respect myself.

I read this, aged 20, with no empathy for Emma at all. It was her own behaviour and bad decision-making that brought about her ever-increasing sorrow and ultimate tragic ending. But I was naive. Because what else could she do? A girl with big ambition trapped within a stiflingly domestic and pedestrian existence. These days, she’d be running a blog with a lot of swearing in it about what a terrible parent she was whilst swiping right on an anonymous profile on Tinder. But in mid-19th century France, married to an unobservant and unexciting local doctor, she had to get her kicks from reading romantic novels and failing at a series of adulterous affairs.

She wanted to die, but she also wanted to live in Paris.

The epitome of the cliché that behind every great man, there’s a great woman. If by great, you mean cunning and murderous. When he’s doubting his ability to kill King Duncan, she’s right there behind him, handing him the knife and pushing him out the door. Strong, ambitious, well-organised. Hygienic. And ultimately driven to madness by guilt. I’m not sure whether this one is an anti-heroine or a plain old villain. Either way, she’s impressive.

Macbeth: If we should fail?

Lady Macbeth: We fail? But screw your courage to the sticking place, And we'll not fail.

A beautiful and intoxicating woman in high society, the subject of several people’s infatuations, she succumbs eventually to an affair, falls madly in love and realises that her marriage offers little joy. Forthright, independent and determined, she runs away from her husband to be with her lover. Unfortunately, it doesn’t end well.

Back to the Brontë sisters, whose characters personify the often bleak and unforgiving Yorkshire moors that they inhabit. This is one of those 19th century stories in which a benevolent parent adopts an unruly homeless child, replacing peaceful domestic order with chaos. Here, Heathcliff is the stray child, and Catherine the headstrong daughter of the house who falls for him but marries someone else of better social standing. In a storyline twist, Heathcliff becomes suddenly wealthy, but Catherine remains a faithful wife and then dies tragically young (aged 18) so they never manage to get together. At least not in life. She comes back to haunt Heathcliff and he dies in her old bedroom before being buried next to her.

Why shouldn’t you suffer? I do! Will you forget me? Will you be happy when I am in the earth? Will you say twenty years hence, ‘That’s the grave of Catherine Earnshaw. I loved her long ago, and was wretched to lose her; but it is past. I’ve loved many others since: my children are dearer to me than she was; and at death, I shall not rejoice that I am going to her; I shall be sorry that I must leave them! Will you say so, Heathcliff?

Who are your favourite (anti-)heroines?