Asbestos, a naturally occurring mineral, once valued because of its insulating and fireproofing qualities, was used for fire-resistant garments and other products. However, exposure to asbestos fibres has caused illnesses and death among thousands of wor

'An industrial catastrophe unparalleled in scope' where ‘every five minutes someone dies of a disease related to asbestos.’ The Asbestos Lie, a report written by investigative journalist Maria Roselli delivers an uppercut to its readers from the very outset. 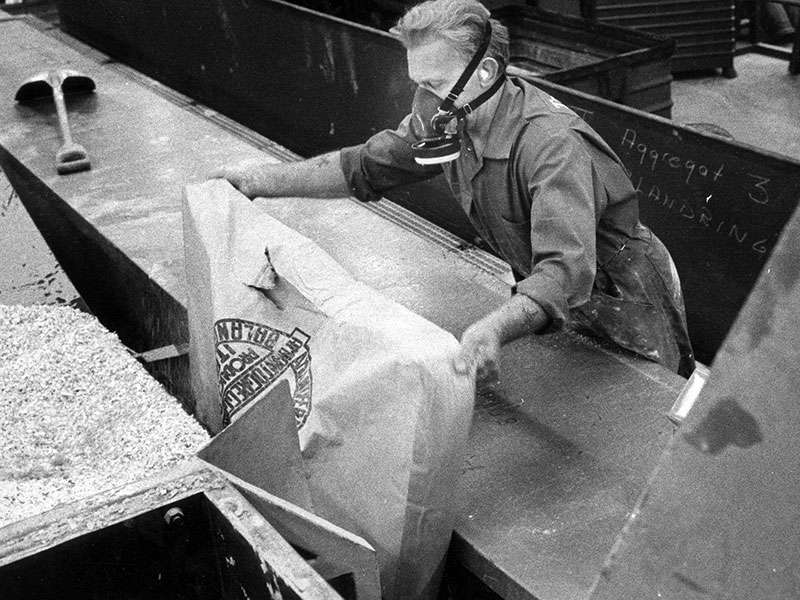 Despite the fact that the import and use of asbestos have been banned in Europe since 2005, the detrimental effects of the material once considered to be magic are still very much a thing of the present.

More than that: because of the latency of asbestos-induced diseases, the number of people suffering its fatal effects is expected to rise in the years to come.

This frightening prognosis is the result of a century and a half of intensive use.

Asbestos, a naturally occurring mineral, was once highly valued because of its insulating and fireproofing qualities, affordable price and wide availability. It was especially coveted as a construction material, as it is durable and bonds well with many other substances, adding strength and longevity.

In view of the fact that the dangerous effects of asbestos had been known since the 1910s - when American insurance companies refused to cover workers processing the material - it is all the more surprising that a real boom in asbestos products occurred in the 1950s, helped by extensive and effective marketing campaigns. 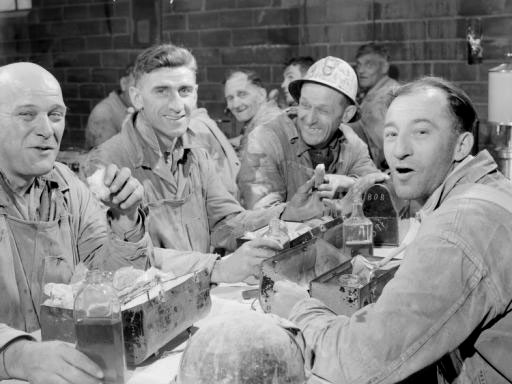 Only in the mid-1960s public awareness of its life-threatening effects grew.

By that time, many people had succumbed to asbestos-related illnesses - from lung cancer and asbestosis (scarred lung tissue) to mesothelioma, a tumor encasing the lining of the lungs. 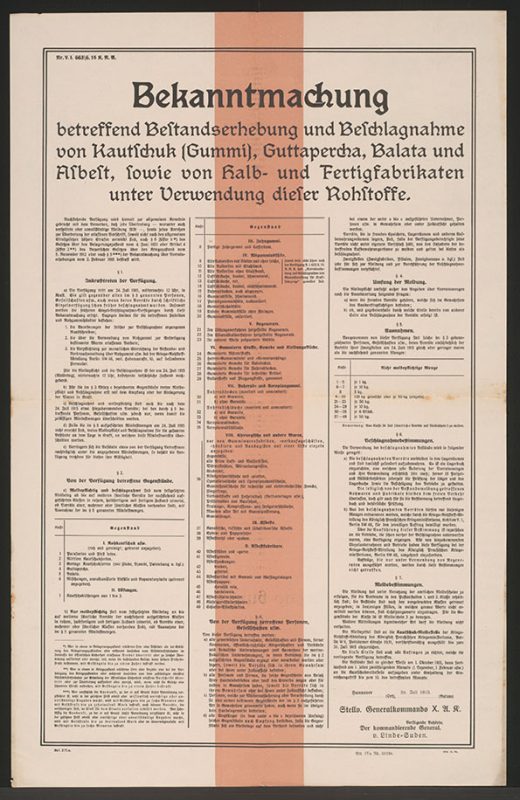 The asbestos epidemic that has since struck hundreds of thousands serves as a gruesome reminder of the fact that the history of ‘Europe at work’ is not only one of success and prosperity. Because asbestos-related diseases are to a large extent ‘industrial diseases’.

For consumers, risks are limited as long as asbestos products remain unharmed. It’s only when the minerals - which consist of thin crystals that break up in microscopic fibrils - get damaged, that inhalation of fibers impacts the human body. Not those using, but those manufacturing the products, therefore, have been exposed most severely to its hazards. 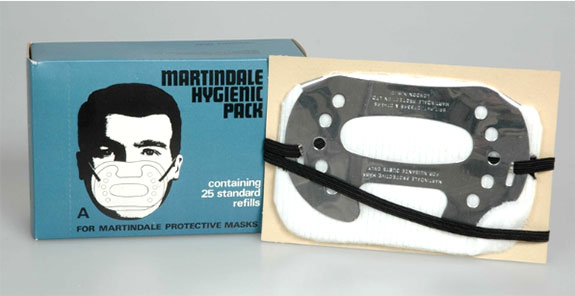 As far as handling the material goes, women working in factories were often responsible for cutting up rolled out asbestos, or beating it into forms with hammers. A well-known case is that of Casale Monferrato in Italy, where hundreds of female workers from the Eternit factory passed away as a consequence of such exposure to asbestos. 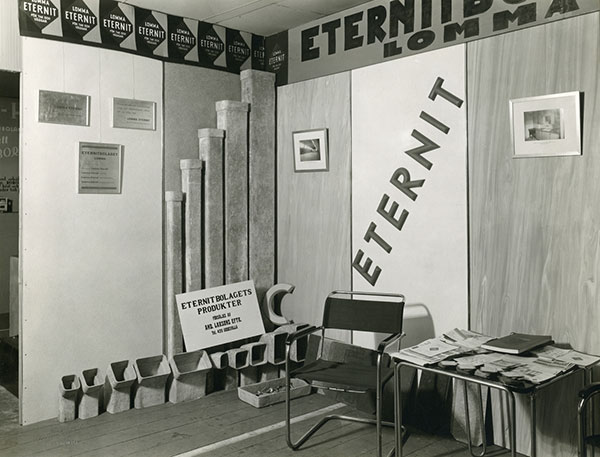 Booth of the company Eternit at a building fair in Göteborg showcasing a range of products containing asbestos, 1923, Tekniska museet. Public Domain

But asbestos has also affected homemakers. Female family members of asbestos workers were often responsible for washing the clothes they wore on the job. In the process, they touched and inhaled the fibres, leaving them as vulnerable as their spouses.

Families of victims, health organisations, and investigative journalists such as Maria Roselli have been advocating for years for a worldwide ban on asbestos. Yet three quarters of the members of the World Health Organisation have failed to do so thus far, leaving asbestos to remain the most toxic substance for present-day workers - and their loved ones.

By Sofie Taes, KU Leuven – Photoconsortium
With special thanks to Larissa Borck

Were you or your family affected by asbestos? Share your story and help us tell the story of Europe through our working lives in the past and the present.

This blog post is a part of the 50s in Europe Kaleidoscope project, which explores the 1950s as a significant period of geopolitical changes in Europe and the start of many new cultural and social movements.