As long as there have been babies, there has been breastfeeding

Nowadays, reports of photos of women breastfeeding their babies getting removed from social media with complaints of indecency are commonplace. There’s not a great deal of coverage in cultural heritage either, but here are some examples.

The Lactation of St Bernard

Here’s one scenario breastfeeding mums might recognise. The Virgin Mary appears to a saint and squirts her milk at him whilst holding the baby Jesus. OK, so we’ve probably never squirted a saint, but plenty of us have accidentally sprayed someone who wasn't the intended recipient.

In one version of this story, the Virgin Mary squirts her milk into St Bernard's eye and it cures an infection. Sounds far-fetched? Not so much. Breast milk is often used to help soothe conjunctivitis. 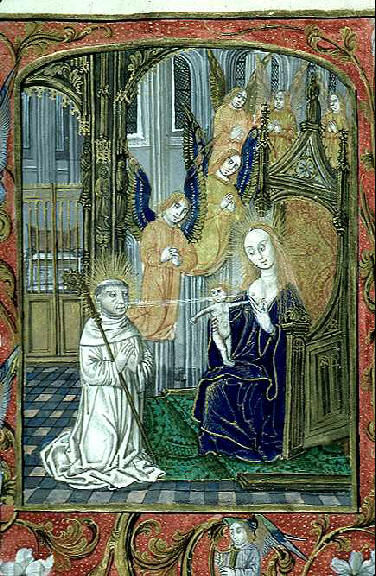 When required to express breastmilk these days, we use powerful electric pumps and, as adept multi-taskers, well-practised mums can just about manage to do it at the same time as shushing the baby back to sleep and building a Lego tower with their older sibling. The Science Museum has an example of a breast pump from 1771-1830, which may have been used by a wet nurse. It’s made of brass and glass, and I’m sure, if it were in my household, I'd be picking pieces of smashed glass out of the Lego faster than you could say 'pass me the pump'.

Another version is made of glass and rubber. And finally, an even older bit of breastfeeding tech - wooden and beeswax nipple shields.

When you’re producing food for another human being, what you eat is important too. Breastfeeding women need about an extra 500 calories a day and things like barley and oats are hailed as helping to increase milk production. You can make tasty things out of barley and oats. So spare a thought for nursing women of the past. This is an example of a clay tablet from the Milk Grotto in the holy city of Bethlehem - the site where Christians believe the Virgin Mary stopped to breastfeed Jesus as they fled to Egypt. It contains a range of essential elements such as potassium, zinc and magnesium, and it’s thought that pregnant and nursing women ate these stones in times of famine. I think I’d rather have a flapjack. 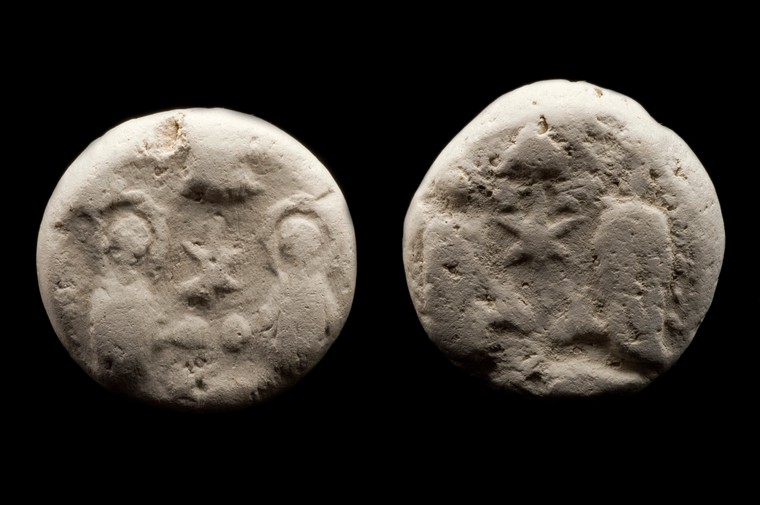 For some, whether for personal preference, lack of support, or complications that make it difficult, breastfeeding is not the way to go. Here's an advertisement for an early kind of formula milk called rather unappetisingly  ‘Lactated Food’, which contained wheat, barley, sugar of milk and ‘the necessary bone-forming elements,’ whatever they are. From the chubby cheeks and the looks on their faces, it was clearly doing the job for these babies. 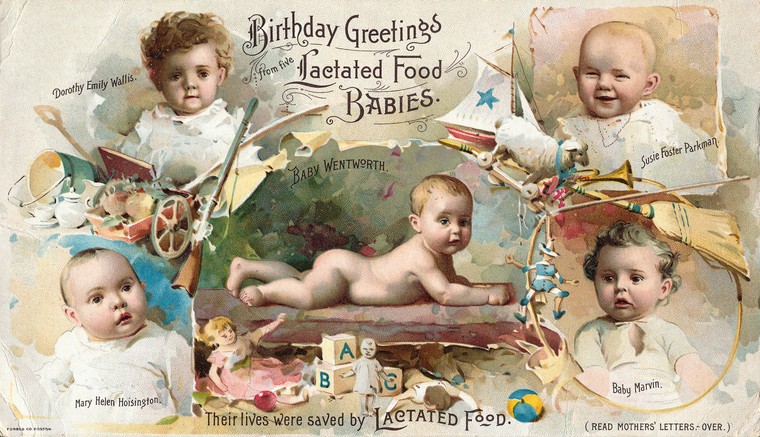 The World Health Organisation (WHO) recommends exclusive breastfeeding for the first six months of life and then supplemented breastfeeding for at least one year and up to two years or more. But of course, if there is milk available, you don't have to be a child to take it - see the story of St Bernard above. In a story from ancient Rome, Pero breastfeeds her father Cimon to assuage his hunger after he has been imprisoned and sentenced to death by starvation.