Published May 22, 2019 by
Europeana Foundation

2019 celebrates the centenary of the influential Bauhaus art and design school, founded by architect Walter Gropius in Weimar Germany on April 12th in 1919. 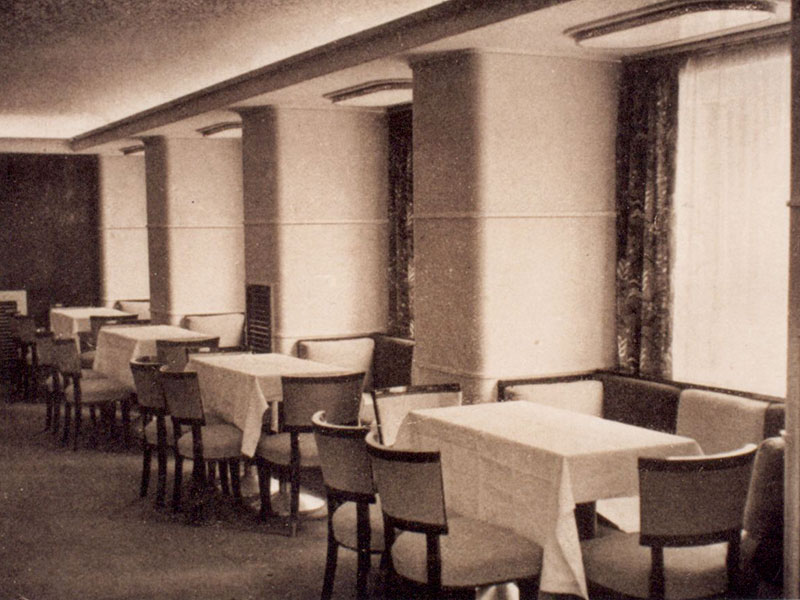 The Bauhaus made a huge impact on the art and architecture of the twentieth century, in spite of its short 14-year existence. This was largely due to the network of teachers and students of the school, who continued to put their ideas into practice for decades after the institute closed in 1933.

‘A world has been destroyed; we must seek a radical solution,’ said the young architect Walter Gropius upon his return from World War One in late 1918.

In 1919, Gropius founded the Staatliches Bauhaus Weimar, with ambitious plans in mind. He wanted to bring diverse disciplines such as art, architecture and crafts together under one roof. In this way, Gropius hoped to bridge the gap between artists and artisans.

The idea behind this was to combine the beautiful with the useful. In Gropius' vision, the Bauhaus school would produce a new generation of architects and designers, producing both functional and elegant homes and utensils. These creations would become available to everyone. In this way, art would also come within reach of the ‘common man’.

Fine art became a major offering at the school with free painting classes offered by artists like Paul Klee and Wassily Kandinsky. Instruction focused less on function (like so many Bauhaus offerings) and more on abstraction. Modernist movements in the arts like Expressionism and Futurism would have a noticeable influence on the art produced in the school alongside its specific style of geometric design.

From Expressionism to Functionalism

Under the leadership of Gropius, the Bauhaus movement made no special distinction between the applied and fine arts. Painting, typography, architecture, textile design, furniture-making, theatre design, stained glass, woodworking, metalworking—these all found a place there.

The philosophy of the school changed dramatically during these years. It started out with a very expressionist philosophy, meaning subjective and personal, combined with an artisanal outlook. Later, this was supplemented considerably with opposing ideas about ‘functionalist’ design and a more positive view on industrialised manufacturing by ‘radicals’ like Dutch artist Theo van Doesburg (De Stijl) and Hungarian László Moholy-Nagy.

Starting in 1925, Gropius oversaw the school’s move to Dessau, creating an opportunity to put the principles of Bauhaus functionalism into practice, and to be part of the school’s physical space. He designed the Bauhaus Building and several other buildings for the new campus in concrete, steel and glass.

In 1928, Gropius stepped down as head of the Bauhaus in favour of Hannes Meyer, who in turn was succeeded in 1930 by Ludwig Mies van der Rohe. In the meantime the political situation in Germany deteriorated. The Nazi party, rising to power through the 1930s, opposed the Bauhaus and marked it as a promoter of ‘Entartete Kunst’ (degenerated art).

In 1932, the Nazi party cancelled the Bauhaus’ funding preventing further teaching. Hoping to continue, Mies van der Rohe moved the school to an empty telephone factory in Berlin and designated it a private institution. The faculty flatly refused to work with the Nazis, and rather than cooperate with them, the faculty voted to close the school in 1933.

In the following months, a large part of the Bauhaus members fled the repressive climate in Germany. Some emigrated to the United States, including Gropius, Moholy-Nagy and Mies van der Rohe. Here they again focused on both architecture and education, where they integrated Bauhaus methods into the curriculum of architecture schools.

Partly because of this exodus, the ideas of the Bauhaus continue to live on, and its influence on architecture, product design and more is still visible today.