Yugoslavia’s avant-garde invented a new language and orthography in the early 20th century.

Yugoslavia’s avant-garde invented a new language and orthography in the early 20th century! The movement was at the forefront of the aesthetic revolution of the time and demanded an aesthetic re-evaluation of the world. This was kick-started in Zurich in 1916 with the appearance of the art form Dadaism as a reaction to the civic aesthetic forms of pre-war art and literature.

Early avant-garde periodicals in Yugoslavia were related to the cultural climate of post-war Zagreb and Belgrade. Zenit (Zenith) magazine (1921-1926) was launched in Zagreb by the avant-garde artist Ljubomir Micić (1895–1971). In 1926 it was banned and the editor was forced to go into exile.

Adopting the basic postulates of the European avant-garde, Ljubomir Micić founded an authentic Yugoslav avant-garde movement called Zenitizam (Zenithism). This represented a unique blend of Russian Futurism, German Expressionism, Dada and anti-Dada with traces of Balkan Luddism. It was reflected in the figure of Barbarogenius, whose purpose was to decivilize Europe and pave the way for new values. 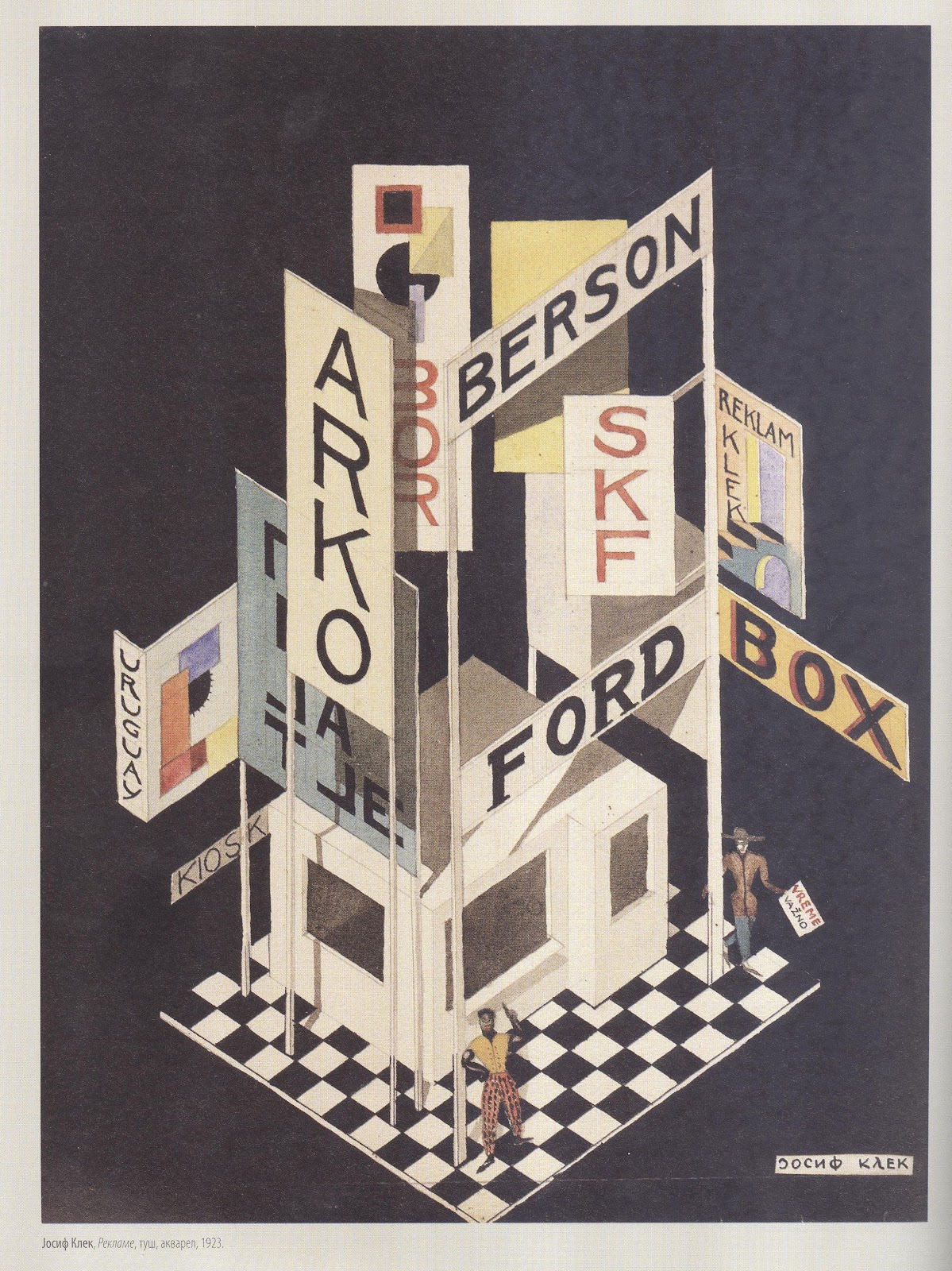 A unique blend of poetry and pictures, signs and their negations, different scripts and languages, as well as poetry, painting and architecture marked the artistic concept of the magazine. Issue 5 of Zenit (5 June 1921) contained Zenitistisches Manifest, written in German by the French-German poet Iwan Goll (1891-1950). The Manifesto introduced the quest for the New Man and abolished the division of people into nations with the exclamation: We are all Europeans, Americans, Africans, Asians and Australians! 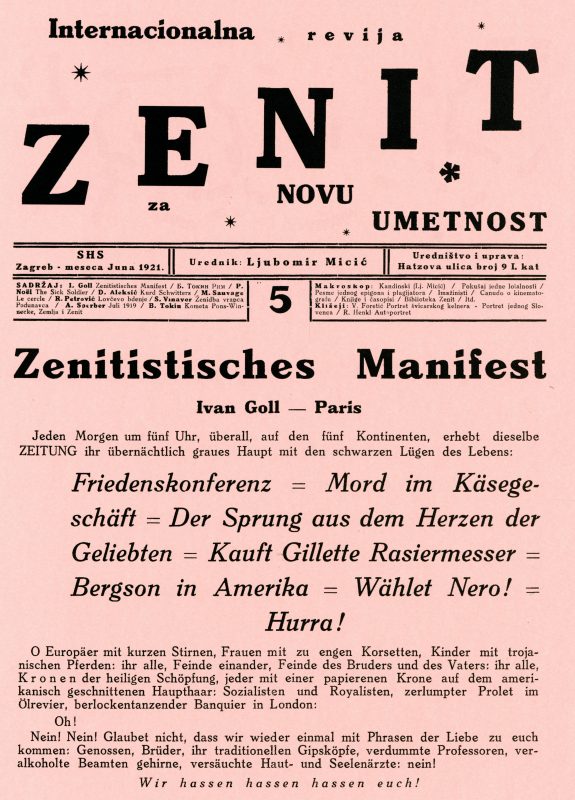 The examples have been selected from the tradition of historical avant-garde. At the beginning of the 20th century, this movement was still not clearly defined but merely followed the postulates of radical negation, confrontation with tradition and the establishment of a new connection between signs and images. 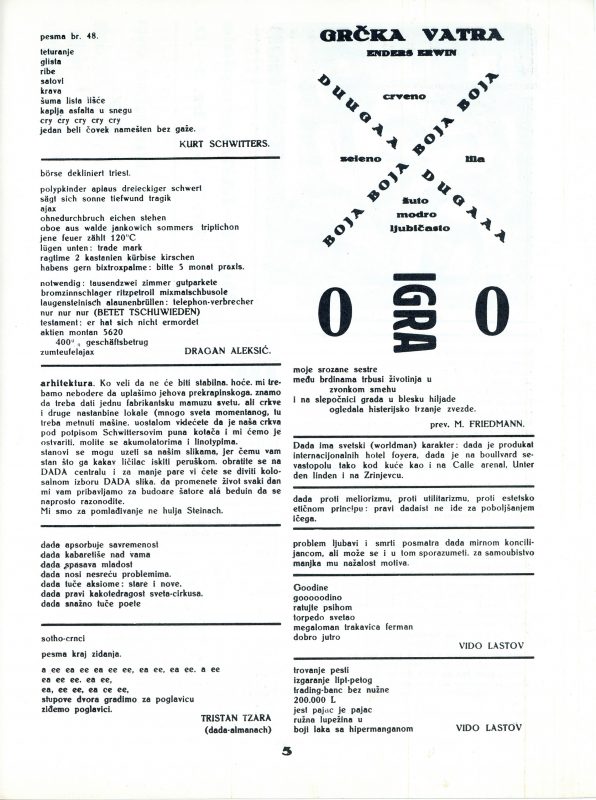