Korngold, Weigl and Krenek in the United States 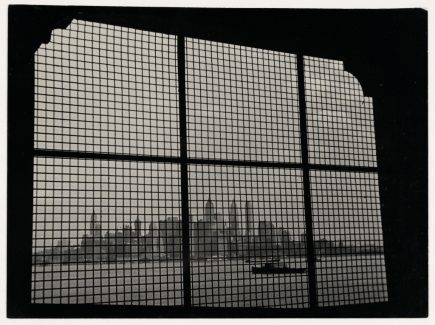 View through barred windows of the internment building from Ellis Island to the skyscrapers of New York, ca. 1932, CC0

In Austria, the year 2018 is an opportunity to re-examine the turning points of 20th-century history and to ask about their significance for our present. The year 1938, with the "Anschluss" of Austria to the National Socialist German Reich, brought with it massive propaganda, state terror and arrests of political opponents. It also forced mainly Jewish fellow citizens into exile. In the field of culture, in addition to the human tragedies, this led to a massive loss of creativity that continues to be felt today. Three biographies of Austrian composers represent these incidents.

Erich Wolfgang Korngold (29.5.1897, Brno - 29.11.1957, Hollywood), the son of music critic Julius Korngold, was considered a musical prodigy. Through the mediation of his father, he got in contact with Gustav Mahler, who then recommended him to Alexander von Zemlinsky as a composition teacher. The ballet "The Snowman", which he wrote when he was eleven years old, was successfully performed at the Vienna Court Opera in Zemlinsky's Instrumentation. Korngold's operas "The Ring of Polycrates" (1916), "Violanta" (1916), "The Dead City" (1920) and "The Miracle of the Heliane" were among the most performed contemporary operas of this time in Austria and Germany.

In addition, Korngold worked in the 1920s at the Hamburg Stadttheater as a conductor and in the early 1930s held a professorship at the Vienna Music Academy. In 1934 he accepted an invitation to Hollywood to arrange Mendelssohn's incidental music for Shakespeare's "A Midsummer Night's Dream" for Max Reinhardt's film.Due to the rise of the National Socialists his job opportunities in Germany became less and less and Korngold moved his field of activity more and more to the United States, before he finally settled there after the annexation of Austria to Nazi Germany in 1938.In Hollywood, Korngold became one of the most successful film composers of his time. For the music for the films "Anthony Adverse" (1936) and "The Adventures of Robin Hood" (1938), he was awarded an “Oscar”.After 1945, like many others who had succeeded to escape the Nazi regime, he was never invited to come back to Austria. All his attempts to return from emigration failed and he died in Hollywood in 1957.

The musical talent of Vally Weigl (11.9.1894, Vienna - 25.12.1982, New York) was discovered in her earliest youth and was actively encouraged, especially from her mother. Together with her sister Käthe Leichter - who together with her husband Otto Leichter was one of the founding members of the Revolutionary Socialists in Austria and was murdered by the National Socialists in 1942 - she received piano lessons. In addition, she took music-historical lessons with Guido Adler and composition lessons with Karl Weigl, whom she married in 1921. Forced to flee by the National Socialist seizure of power, she emigrated with her husband and son to the United States.

The early days of the exile were marked by the difficulties of the couple Weigl to gain a foothold in the United States. While Karl Weigl, who died in 1949, could no longer work as a teacher, Vally Weigl began her first compositions. In addition to composing, from the 1950s she developed another field of activity in music therapy. At the center of her compositional work are sociopolitical movements of her time, such as the peace movement of the 1970s. In the US Vally Weigl was known to the wider public; in Austria she is mostly forgotten.

Ernst Krenek (23.8.1900, Vienna - 23.12.1991, Palm Springs) studied composition with Franz Schreker in Vienna. In 1920 he followed his teacher to Berlin. From the mid-1920s on he worked at the opera houses of Kassel and Wiesbaden. His breakthrough was the opera "Jonny spielt auf" (Leipzig 1927). The premiere at the Vienna State Opera at the turn of the year 1927/28 was accompanied by one of the first campaigns initiated by the National Socialist in the field of culture. Nevertheless in 1928 Krenek came back to Vienna. His next opera "Karl V" remained unperformed in Austria for political reasons. 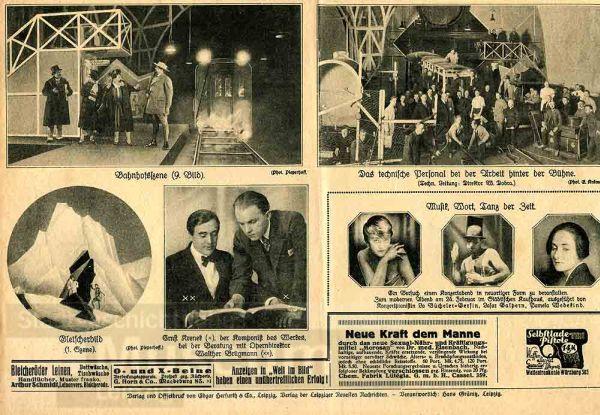 Newspaper report on the premiere of Krenek's opera "Jonny plays on" in Leipzig, 10.2.1927 (Stadtgeschichtliches Museum Leipzig, CC BY NC-SA) In 1938, after the annexation of Austria to Nazi Germany, Krenek emigrated to the United States. Krenek's complete oeuvre is not to be assigned to a musical style. The stylistic diversity of his Oeuvre ranges from Expressionist works ("Orpheus and Eurydice", 1926) to "Gebrauchsmusik" ("Jonny spielt auf ", 1927) to a recourse to Romanticism in the song cycle " Reisetagebuch aus den österreichischen Alpen" (1929), up to twelve-tone technique, serial music and electronic music in the 1960s. Both, Vally Weigl and Ernst Krenek, found their professional and artistic opportunities in the United States. The forced exodus of artists and scientists left a gap in Austria that could never be filled until today.

This blog is a part of the Migration in the Arts and Sciences project, which explores how migration has shaped the arts, science and history of Europe.