Art Nouveau in Aveiro: a walk through the city

Published May 2, 2017 by
Europeana Foundation (opens in new window)

In this week's Art Nouveau season guest post, Andreia Lourenço of Portugal's Aveiro City Museum takes us on a guided tour of Aveiro’s finest Art Nouveau buildings. Along the way, she highlights the characteristic elements of Arte Nova (Art Nouveau) in Aveiro, particularly its focus on architectural ornament, and introduces us to important local landmarks. 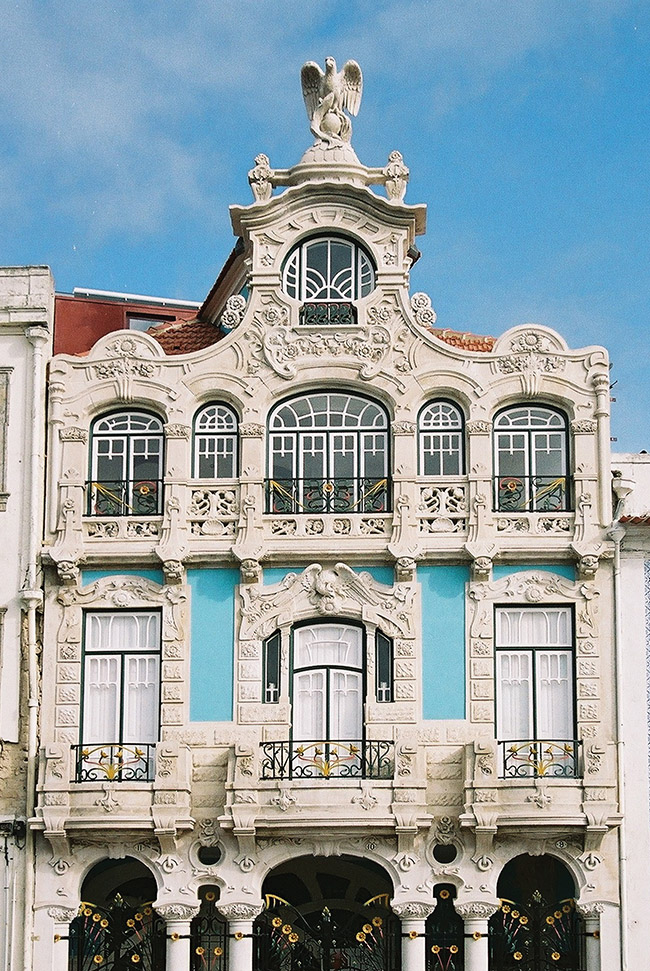 The first appearance of Arte Nova (Art Nouveau) buildings in Aveiro dates from the beginning of the 20th century. The style became very popular between 1904 and 1920, with the construction of many such “new style” houses being reported in the local newspapers. Art Nouveau style was imported into Aveiro by a conservative bourgeoisie and wealthy emigrants to Brazil who, upon returning to Portugal, wished to publicly express their social and economical power.

Art Nouveau was adapted to local tastes and was mostly deployed on the façades of buildings, while the rest of the construction and interiors followed a conservative structure and decoration. A special characteristic of Art Nouveau in Aveiro is the use and production of tiles with Art Nouveau motifs. These tiles were often the only Art Nouveau element present in a building.

Tiles were common in traditional Portuguese construction because they were affordable to the general public. In Aveiro, the use of tiles also provided waterproofing and enabled the embellishment of houses built in adobe (sun-dried clay bricks). Tiles with sinuous floral motifs were very sought after and these were produced locally in the Fonte Nova Factory. 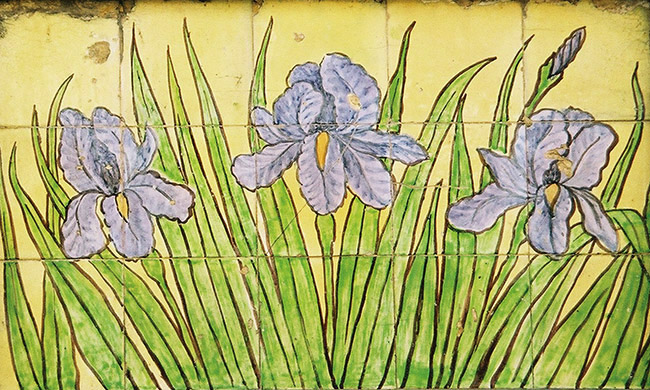 Aveiro’s Art Nouveau Museum is the perfect place to start exploring the city’s Art Nouveau heritage. The museum has two highly decorated façades and is right in the city center, in front of the main canal. The interior of the museum preserves original tiles and also features a wrought-iron staircase, rich in flowing floral motifs. 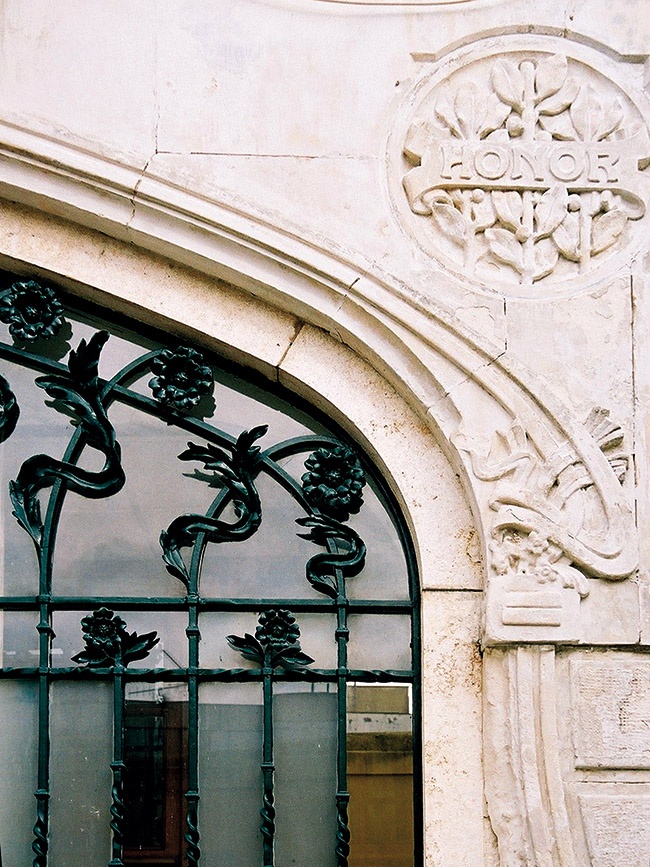 After visiting the museum, we recommend walking along one of the area’s most animated streets, Tenente Resende St, where the Ferro Guesthouse can be observed. A former woodwork workshop, the guesthouse was designed by Francisco Augusto Silva Rocha (1864-1957) between 1909 and 1910.

The façade is decorated with two medallions bearing images of the tools used in the atelier as well as floral elements, over which the words Honor and Labor are inscribed, bearing witness to its origin. Silva Rocha was the most influential architect in Aveiro’s Art Nouveau movement and many buildings are attributed to him. 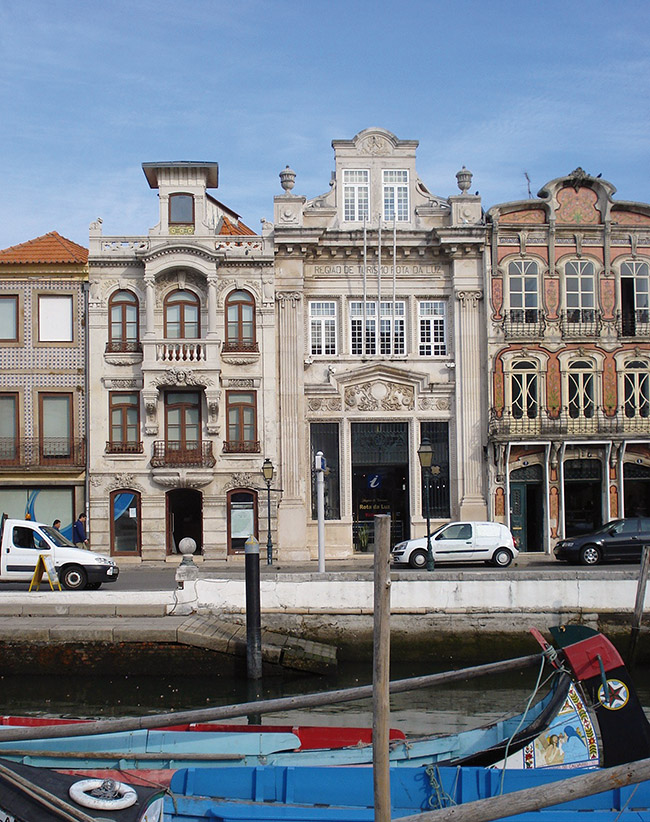 In the foreground are the typical Aveiro boats, called moliceiros, used to transport seagrasses. Photo: Patrícia Sarrico. From here, you can walk to the Rossio waterfront and enjoy the striking façade of the Former Cooperativa Agrícola. The combination of the hand-painted tiles representing lilies and its masonry sets it apart. The tiles were hand-painted by Licínio Pinto, a celebrated local artist, and were produced in the popular Fonte Nova Factory in 1913. 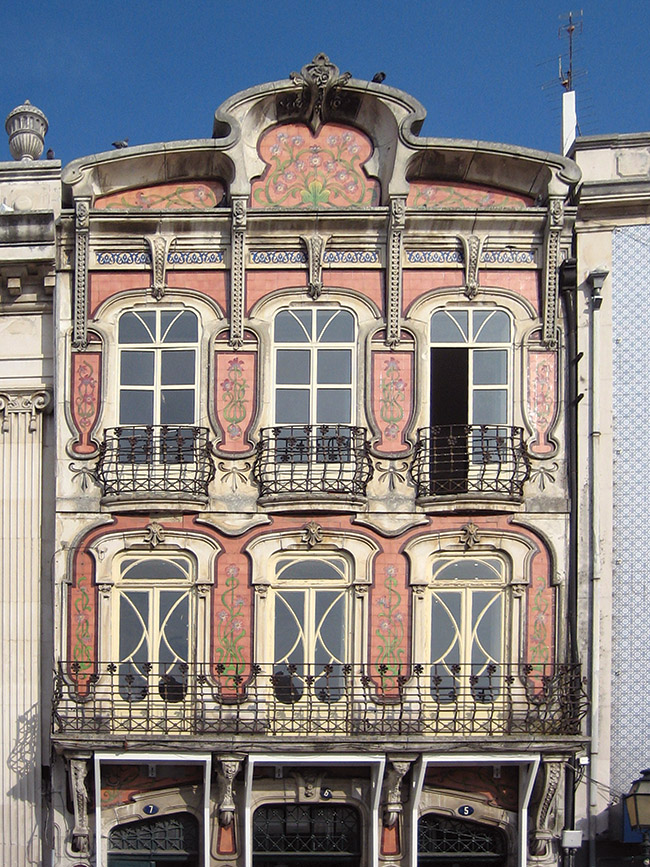 From here, you can continue to the Glória neighbourhood and visit the João Jacinto Magalhães Foundation or even walk to the municipal park and find an Art Nouveau gazebo, an example of intricate iron-work, where concerts were held during the 1900s. Beyond the regular route, the Central Cemetery can also be a point of interest, with its crypts with Art Nouveau decoration and a funerary statue with an original combination of Art Nouveau and Gothic influences, called The Last Breath.

After the route, you can always return to the Art Nouveau Museum to rest and enjoy the environment of the museum’s tea room, inspired by 1900s style. If you enjoyed this post, why not check out our Art Nouveau exhibition?