A lasting impression on museology and Egyptology: Richard Lepsius and the Neue Museum in Berlin

Richard Lepsius, a Prussian archaeologist, is seen as a pioneer of German Egyptology, for dispelling the idea that Ancient Egypt was a static unchanging culture.

Richard Lepsius, a Prussian egyptologist, archaeologist and head of the Egyptian museum in Berlin in the 19th century, had a fundamental influence in the way Egyptian history is depicted and exhibited in museums. He was the first to show the historical changes of Ancient Egypt by ordering Egyptian artefacts in chronological order instead of thematic order. By dispelling the idea that Ancient Egypt was a static unchanging culture, Lepsius is seen as a pioneer of German Egyptology. 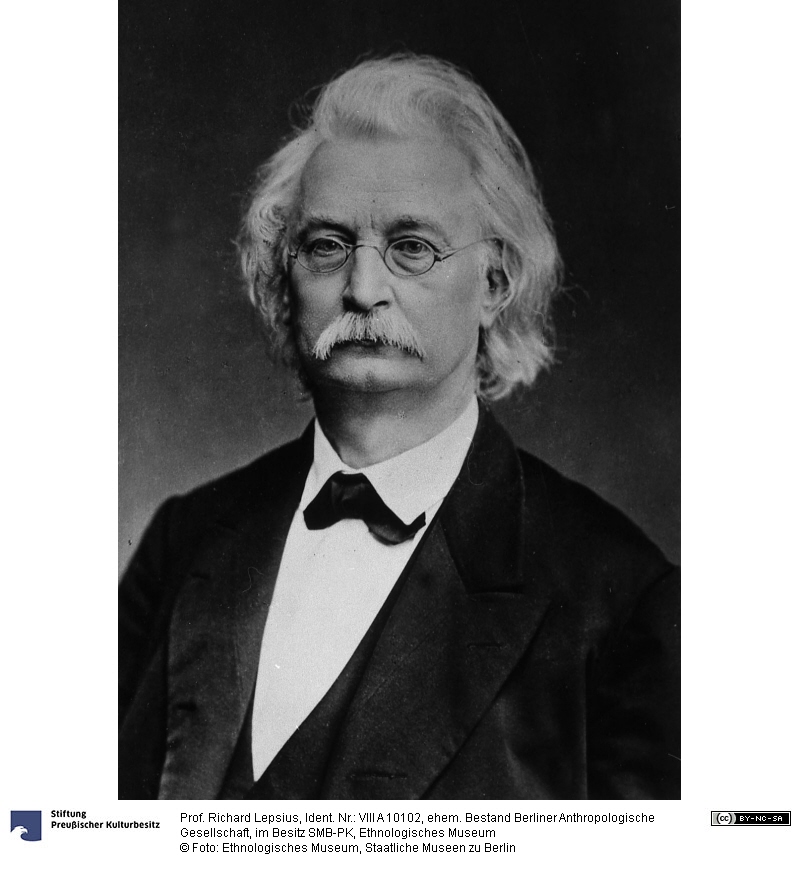 Some of the major European historical museums have impressive collections dedicated to the history of Ancient Egypt. They were often created in the 19th century through expeditions of colonial explorers and later Egyptologists. In 1823 the first Egyptian department opened up in the British Museum in London displaying the collection of Henry Salt. The first museum especially for Egyptian antiquities opened in 1824 in Turin; Egyptian departments in the Louvre and Leiden were following in 1826. All of these collections were arranged thematically: objects of the same type were put together to emphasize the comparison between similar objects. The exhibitions should be symmetrical and aesthetic, not chronological. Egyptian art was seen as static with no discernible development.

A few years later the Prussian King Frederick William IV sent out an expedition to Egypt led by the young researcher and Egyptologist Karl Richard Lepsius from 1842 to 1845. His aim was to bring important sculptures and architectural elements to Berlin as well as plaster casts of original objects and papyri. Lepsius traveled from Memphis and the pyramid fields to Luxor, then further south along the White and Blue Nile to Central Sudan, finally to the Red Sea and onto the Sinai. 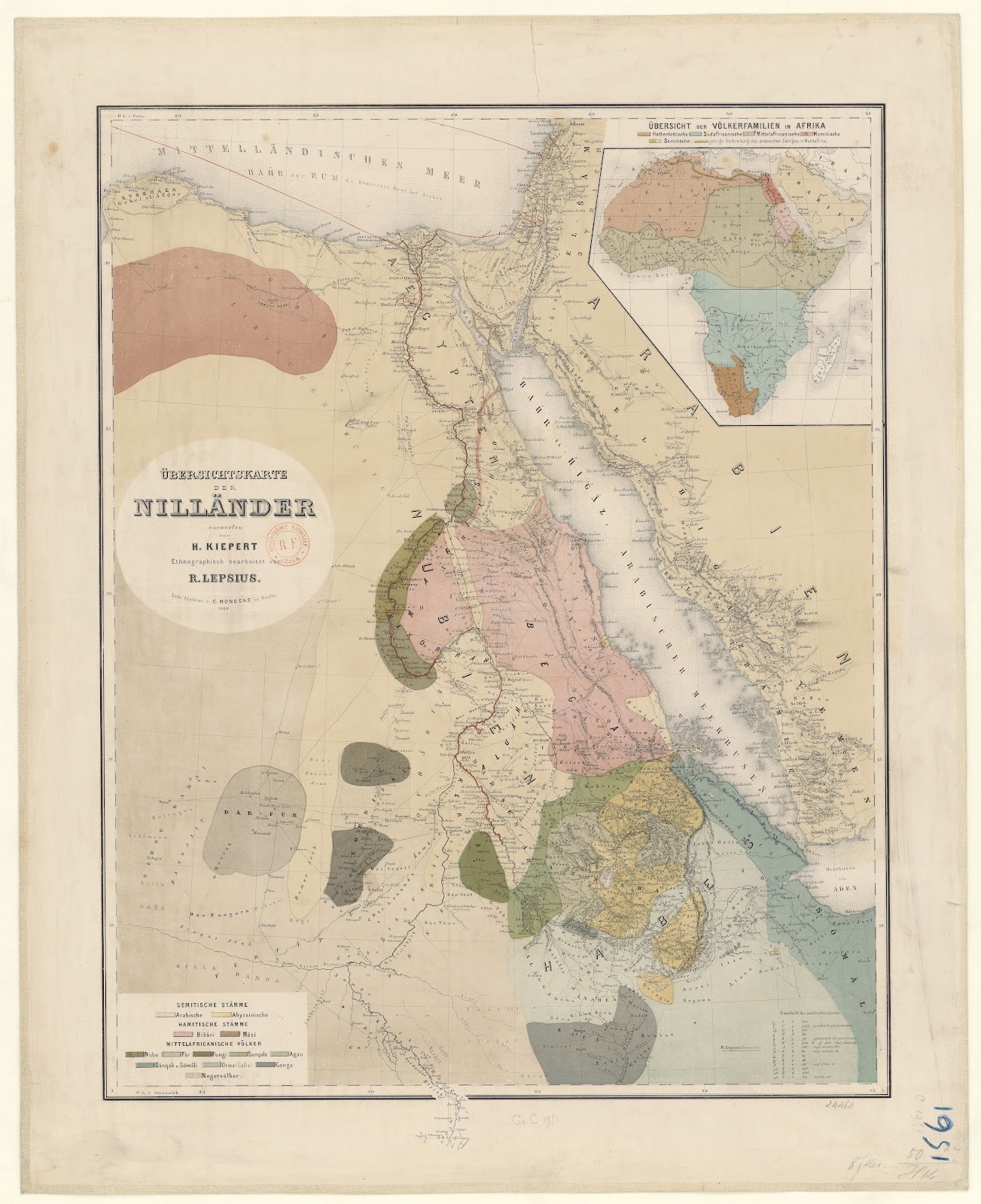 Suddenly the Royal museum had one of the largest collections of Egyptian antiquities in Europe that would no longer fit into the Monbijou Palace. Since 1841 the Spree island should be transformed into a ‘sanctuary of art and learning’ and the second museum, the Neues Museum, was built in 1843 to 1855. The Neues Museum would host the Egyptian department. While the Neues Museum was being built, Lepsius was still busy collecting artefacts during his expeditions in Egypt. 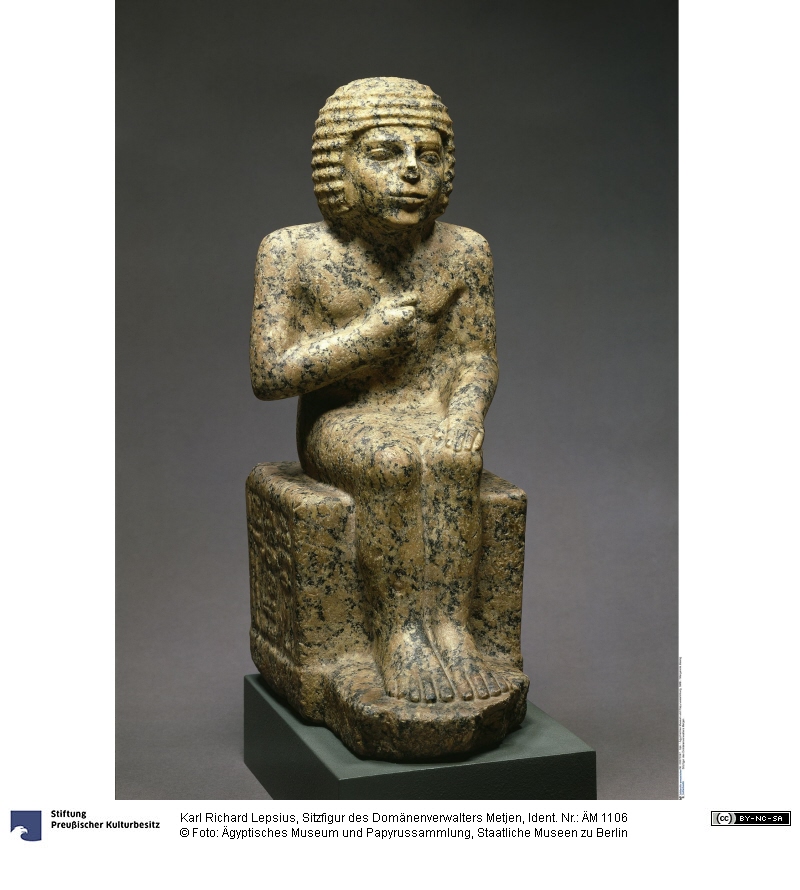 Although he was not the director of the Egyptian department, Lepsius wrote during the Egyptian expedition to the director general of the Royal museums how the rooms of the Egyptian department in the Neues Museum should be designed: He wanted them to be painted with landscape scenes from Egypt and Sudan, as well as with scenes from Egyptian graves with the same richness of color that he had seen in Egypt. The paintings should be supported by the architecture of the rooms, which should take up the different architectural styles of the different times. 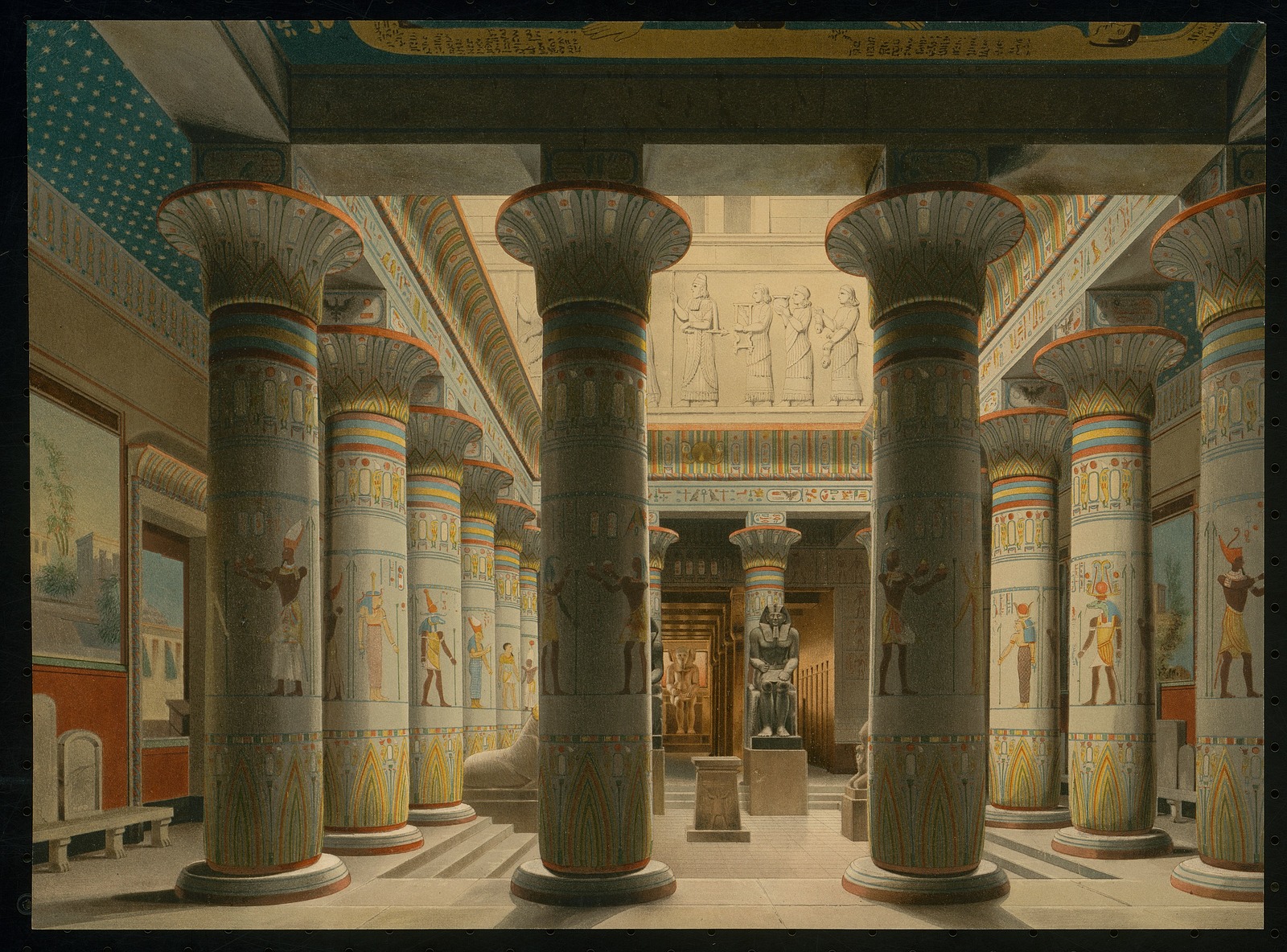 Lepsius was the first to discover an evolution in the Egyptian art and architecture and pointed out three periods of development. This is why he saw the chronological arrangement of the objects as the only correct one - unlike the director of the Egyptian department, Giuseppe Passalacqua. By placing the objects in front of the painted backdrops, Lepsius wanted to create a historical understanding of Egyptian art. 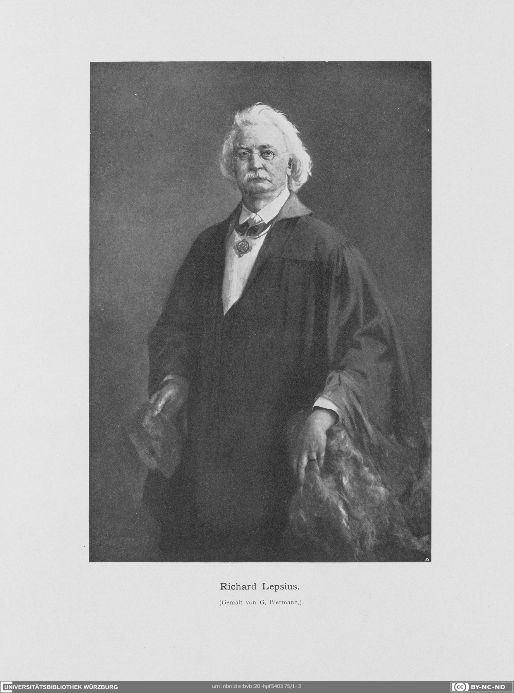 Finally Lepsius prevailed against Passalacqua's antiquated ideas and was appointed co-director of the Egyptian department in 1855. He would go on to publish multiple seminal works on Egyptology, influencing the field further. He was especially interested in language, creating a standard alphabet for transliterating African languages, and coining new terms such as Totenbuch, literally translated as 'Book of the Dead'.

One of the great achievements that we owe to Lepsius is that we have given Egyptian art a place in the cultural history of Western society and that we can tell stories and show narrative through the beautiful historical artefacts collected in our museums. 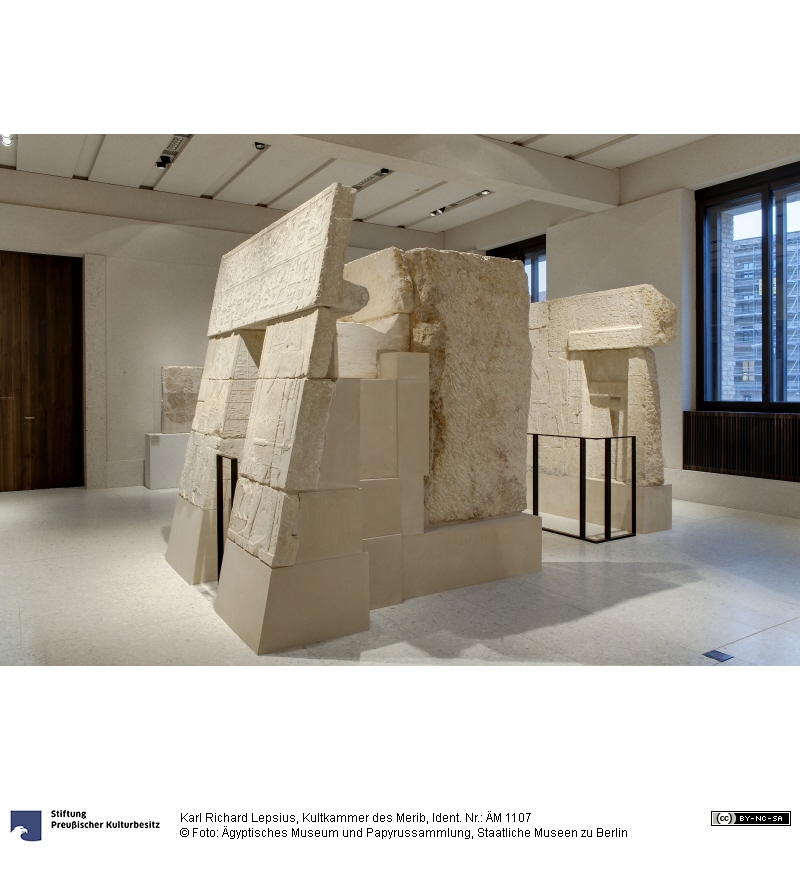