10 things to love about Europeana

This week Europeana celebrates its tenth birthday. Since 2008, we’ve been publishing, sharing and celebrating amazing cultural heritage online. To mark the occasion, we’re highlighting ten things we think make Europeana special (it wasn’t easy – even if we say so ourselves!). So, here’s our top ten: one for every year we’ve been transforming the world with culture.

This might just as well become our new slogan! You might not have the time or money to visit all your favourite museums in person. With Europeana, you can visit thousands of libraries, galleries, archives and museums from all over Europe without having to change out of your pyjamas. Travel hundreds of kilometres in mere seconds while taking in every sight, from Barcelona to Norway to Naples and back again.

With Europeana, you can see every inch of a Greek bust to discover what Apollo’s curls look like from the back, or take in every frill and rhinestone of a stunning pink dress. Because Europeana is filled with cultural heritage from every country and every era, you can also enjoy cultural heritage from all sides in a more figurative sense, i.e. from different points of view.

The art style that emerged as a reaction to 19th-century academic art developed differently in different countries and was called different names: Art Nouveau, Secession, Jugendstil, Skønvirke, Modernism. With Europeana, you can contrast and compare all these different expressions of the same reaction, for instance by looking at the poster art of that era.

The Mauritshuis in The Hague houses ‘The Bull’, a huge work of art by Paulus Potter measuring more than 3.3 metres in length and 2.3 metres in height. Not even the tallest Dutch person would be able to marvel at the detail put into the lone bird at the top right corner of the painting. In Europeana, you can take a look at every millimetre of even the largest artworks, without having to stand on your toes.

Whether you want to inspect every petal of every flower in a lithograph or try to find Jesus in a sixteenth-century painting’s version of Where’s Waldo?, Europeana has you covered. With high-resolution zoomable images, you can now come closer to a painting than you ever would be allowed to in a museum without alarms going off.

We all have our own stories to tell, and it’s a joy to share those stories with others. Europeana gives everyone the opportunity to tell their own stories and share the objects connected to those stories. The Europeana migration campaign allows you to record your migration story and share it with everyone. Those contributions help us to tell the big story of Europe and the people who live there. Similarly, Europeana’s First World War thematic collection displays stories and objects from people who have shared their or their family members’ tales of the First World War. A hundred years after the end of the Great War, recording and telling these stories shows the importance of remembrance of our shared history. 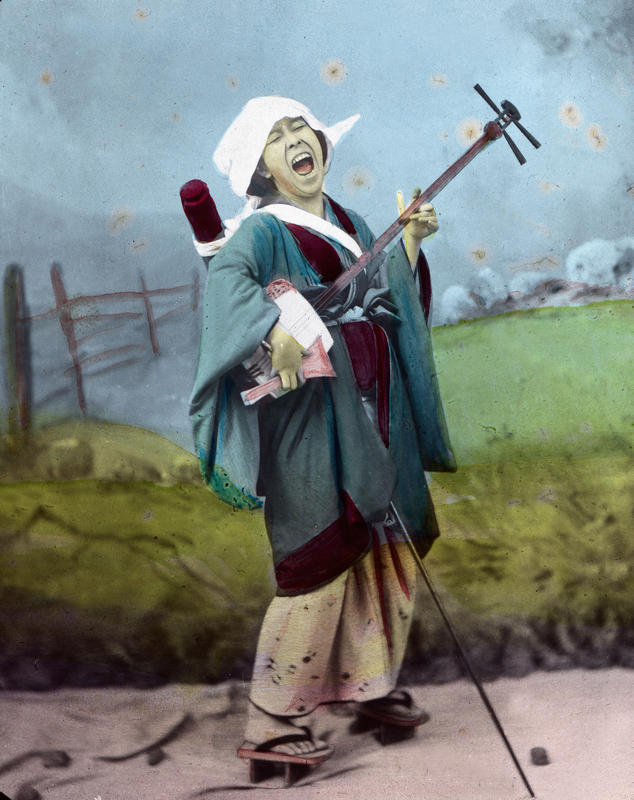 A man showing off underwear from the Swedish army in the 1930s? A lyre made from a real human skull? Two of the most photogenic doggies posing for their portrait? A man in a fedora holding a huge fish? A collection of 19th-century toilet sketches? A woman showing off her frozen food collection? A Japanese street musician shredding it on the Shamisen? Grumpy cat? Europeana really has it all. We .. have no idea what this is, though.

You can share your own story on Europeana, or generate a completely new one by re-using cultural heritage in a creative way. In this year’s GIF IT UP competition, more than 200 creative GIF makers re-used images or videos from Europeana, DPLA, Trove or DigitalNZ to create stunning and often hilarious new art. 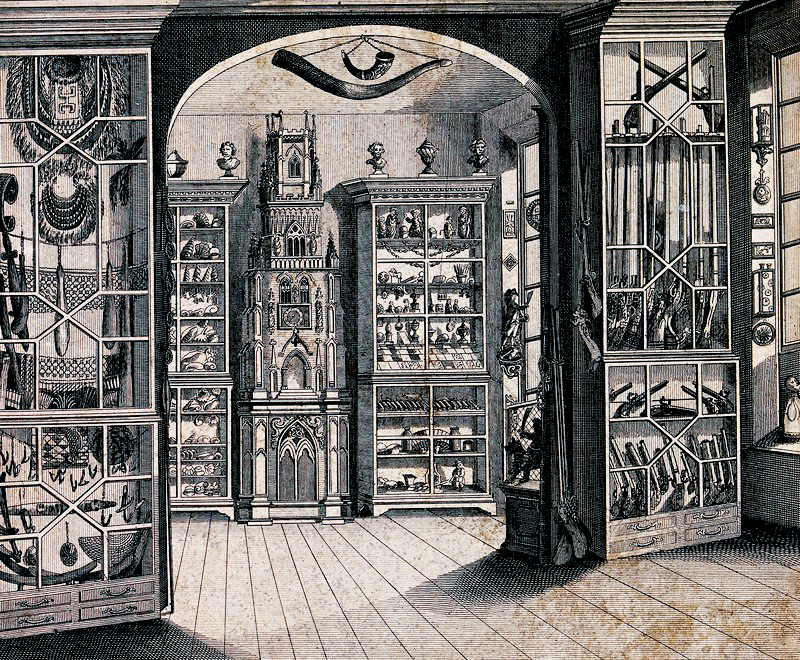 'Richard Greene's museum at Lichfield, the "Lichfield clock" standing among cabinets of curiosities. Engraving by Cook.', Wellcome Collection, CC BY

If you enjoy a niche pastime or collection, chances are Europeana has stuff that makes you geek out. Are you an entomologist, or do you simply love creepy crawlies? How about a gallery on beetles and butterflies from Turkestan? Maybe you’re interested in early forms of photography, and just adore daguerrotypes. If you’ve got an obsession with Netsuke, which are small Japanese sculptures from the 17th century, we’ve got you covered. Or maybe you stand in awe of huge tractors and other agricultural machines. Every hobby, collection and obsession has its place in Europeana.

Europeana is a valuable resource used by other creative initiatives and projects to bring culture to life. Apps and games are developed using Europeana content to provide rich historical content, like the snippets of historical photographs you pick up in your journey through a World War 1 Game. Europeana can be of immense value to educational programs, exemplified by this app developed to teach children the sounds of European songbirds. Researchers study objects provided by Europeana, which leads to outcomes like a website dedicated to showing Roma people and their customs in historical context. One of our favourite projects is Art up your Tab, a browser extension that gives you a beautiful work of art when you open a new tab!

Maybe the best part of Europeana is that you’ve never seen it all. Whether you’re browsing through the thematic collections for photography, art, manuscripts, or the first world war, you’re sure to find the best of Europe collected in one place. For 10 years Europeana has been collecting cultural heritage from galleries, libraries, archives and museum from all over Europe. Who knows what you’ll be able to find on Europeana in 2028? Here’s to another ten years!