Three Saints and the Art of Anamorphosis

Ross MacFarlane is a Research Development Specialist at London’s Wellcome Collection, a free museum and library exploring health, life and our place in the world. In this guest post, Ross explores the phenomenon of anamorphic art through an unusual religious painting depicting not one, not two, but three saints. 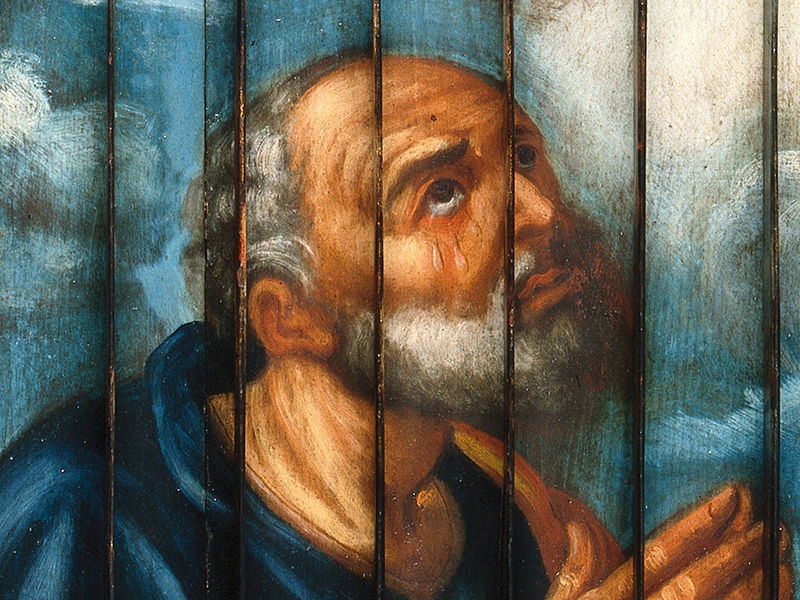 The current Pope, Francis I, took inspiration for his name from St Francis of Assisi – founder of the Franciscan movement and noted for his frugality and humble lifestyle. This 17th-century painting in the Wellcome collection depicts St Francis, dressed in the habit of the order he founded and with the marks of stigmata mirroring the crucifix he holds in the same hand:

However, the image of St Francis of Assisi is only seen when looking at the painting from the left-hand side. If one looks at it from the right, a different image emerges:

This figure, wearing a cowl and holding a paper lettered CHARITAS, can be identified as another St Francis – St Francis of Paola (St Francis of Paul). Not as well-remembered as St Francis of Assisi, St Francis of Paola followed in the path of his namesake, being taught by Franciscans, living a life of frugality and humility and founding the Hermits of Saint Francis of Assisi. He was also renowned in his lifetime as a thaumaturge or miracle worker, active both in Italy and in France. As those are the images observable from left and right, it’s perhaps not too surprising that if one looks straight on at the painting, a third different figure is revealed: 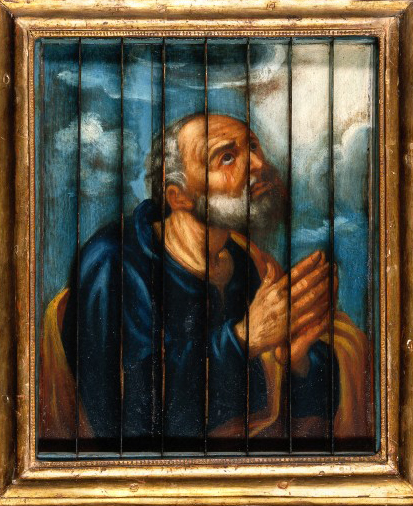 Whilst the first two representations suggest this might be a third Saint Francis, the two teardrops falling from the figure’s right eye – being a feature of many visual depictions of Saint Peter (who, according to the Gospels, burst into tears after denying Christ for the third time) – suggest that it is he, rather than another Saint Francis that is depicted here. Where did this painting come from? Its baroque style suggests it originated in the seventeenth century, and is probably from the region of Naples – where St Francis of Paola was especially venerated – or from Spain. The key to how the painting works is in its physical shape. The two side paintings are painted on vertical slats at right angles to the backboard, so that the three different images are formed when the viewer stands to the left of the painting, the right of the painting and straight on. This style of artwork is known as an anamorphic painting (sometimes called a ‘turning’ painting) and is probably most familiar to us from one of the most famous works from the National Gallery in London, The Ambassadors by Hans Holbein: 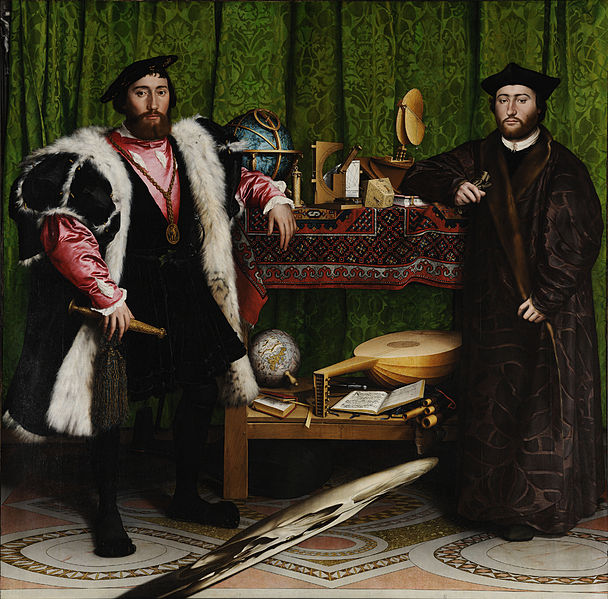 Many a visitor to the National Gallery has stood at the right edge of this painting, so that the anamorphic skull at the bottom of the painting comes into focus: 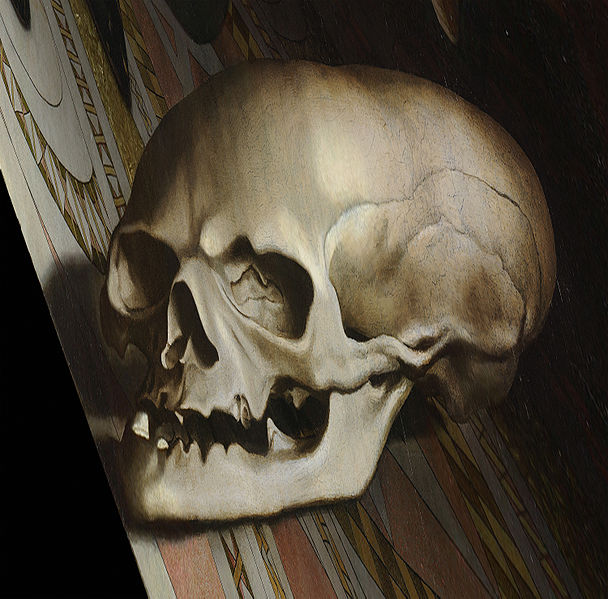 Historian Stuart Clark's work helps situate anamorphic paintings in the wider visual culture of the Early Modern period. Clarke’s Vanities of the Eye: Vision in Early Modern European Culture places anamorphic art into wider debates concerning wonder, astonishment and objectivity in this period. Clark also considers if anamorphic paintings were particularly suited to communicate religious themes. He quotes the 17th-century French theologian Jacques-Bénigne Bossuet who said that “anamorphic images were the perfect natural emblems of a world whose justice, hidden behind appearances, was impossible to see except from ‘a certain point’ revealed by faith in Christ”.

Explore the Wellcome Collection in Europeana.

A version of this post was previously published on the Wellcome Library blog.