The Sinking of the Titanic

In the early morning of 15 April 1912, one of the deadliest peacetime maritime disasters in history occurred. RMS Titanic - which was considered unsinkable - was on her maiden voyage in the North Atlantic when she collided with an iceberg.

Her sinking was one of the first and most significant international news stories of the early 20th century, with newspapers around the globe featuring daily updated stories and reports as more and more details of the tragedy became apparent being spread.

Not all newspapers across Europe and around the world covered the Titanic’s sinking equally. The historical newspapers gathered in Europeana Newspapers allow us to see how the event was reported throughout different countries and newspaper titles. More than that, they also give us further insights into the varied newspaper styles and editorial decisions of the time. 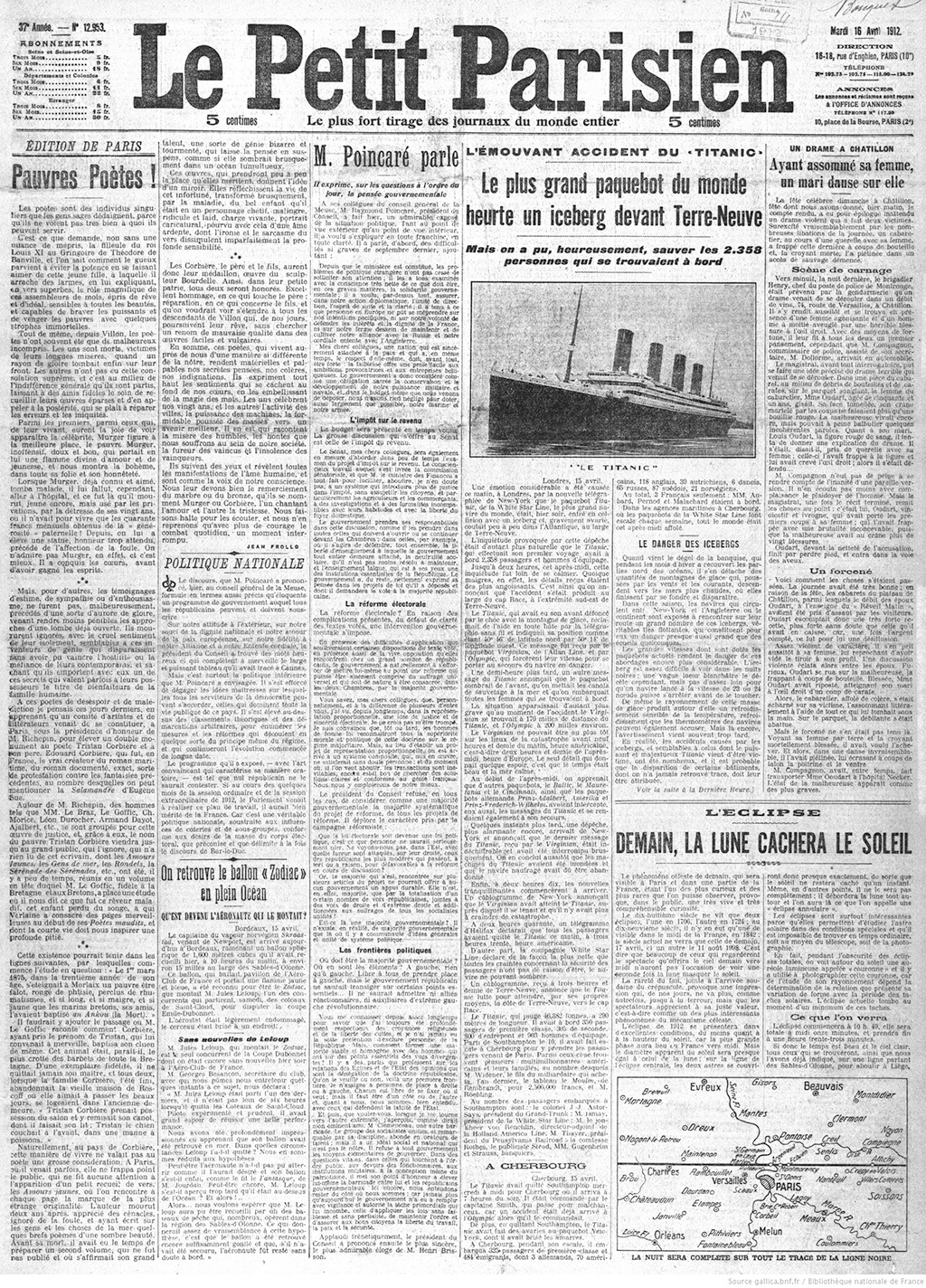 One of the earliest reports was made on 16 April in the French newspaper Le Petit Parisien. They ran the story under the headline “World’s biggest ocean liner hits an iceberg”. The timely news coverage came at the price of accuracy: unfortunately, the subheading “Happily it was possible to save all 2,358 people on board” did not turn out to be true. During the next few days, victims were estimated to be anywhere between 1400 and 2000 individuals. Various newspapers speculated on the potential death toll for several days before more accurate figures could be made available.

In Romania, the sinking of the Titanic already made the news on 9 April – six days before she did actually sink. How could they have predicted the collision? This discrepancy can be easily explained: dates in Western Europe are based on the Gregorian calendar but Romania followed the Julian calendar until 1919. The converted date becomes 22 April in the Gregorian calendar.

The sinking of the Titanic dominated newspaper headlines for many days following the collision as more and more details about the incident came to light. Initially, many newspapers portrayed the horror using dramatic sketches and illustrations of the sinking steamship, such as those by the illustrated daily newspaper Die Neue Zeitung from Vienna, Austria. This was at a time when the use of photographs in newspapers was still in its early stages and most graphic newspaper content was received in the form of engravings. 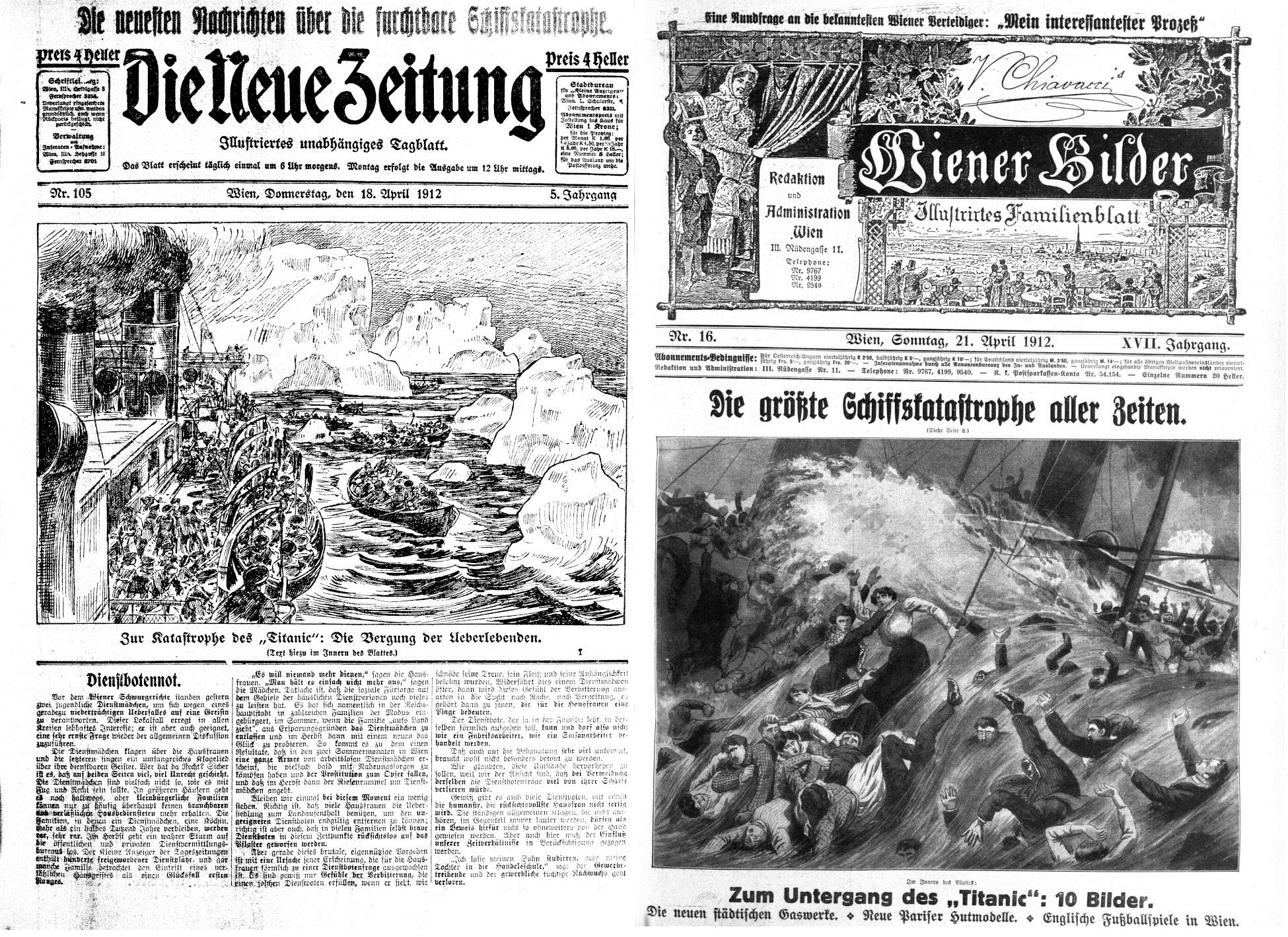 Eventually, more investigative articles appeared, which went on to explore the technical details of the disaster, such as the likely profile of the iceberg that the ship hit and whether the Titanic actually had enough lifeboats on board.

The sinking of the Titanic was met with worldwide shock. Although the tragedy resonated with an international readership, the news of the collision soon gave way to other stories in the headlines of European newspapers. Public inquiries after the incident eventually led to the establishment of the International Convention for the Safety of Life at Sea (SOLAS) as well as to other major improvements, which still govern maritime safety to this day.