The Place of Literature in the World of Newspapers

The serialisation of the novel

In France, the important development of including literature in the press began with the launch of 'La Presse' in 1836 by Emile de Girardin. He cut the subscription rate to his daily newspaper in half by speculating on advertising to cover the costs. He also developed the serialised novel to create customer loyalty, by calling on the biggest names in literature at that time, including Honoré de Balzac, Eugène Sue, Alexandre Dumas and George Sand. 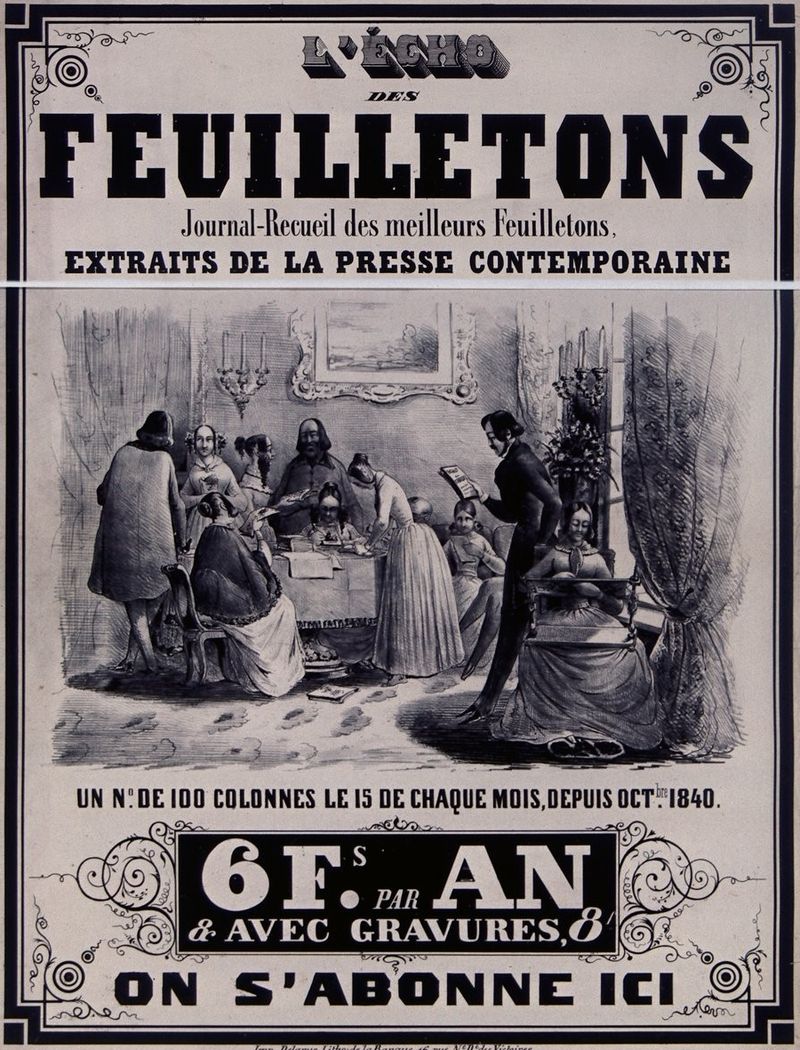 Editors-in-chief also saw the value of literature in the press and started to hire new journalists to reach a wider audience. 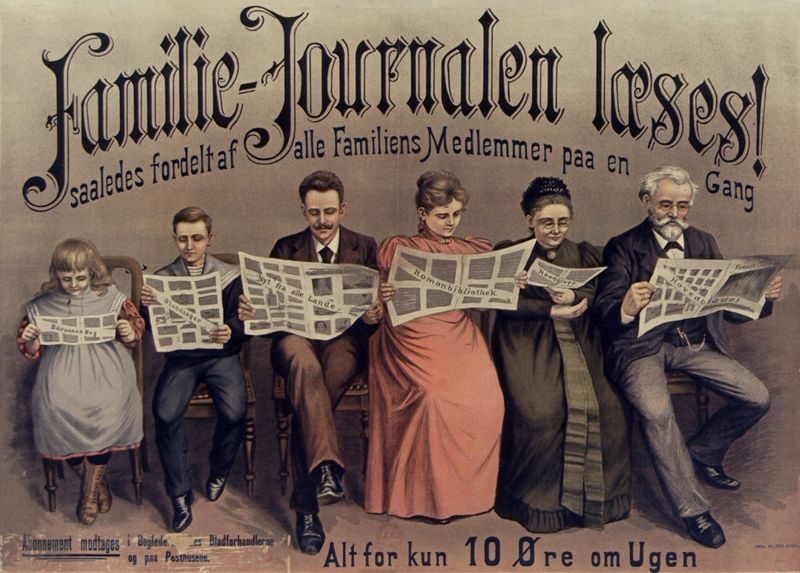 This demand brought reinforcements to a generation of literary men who divided their activities between newspapers, theatre, writing novels and "physiologies" (caricatured descriptions of society): this group of younger writers aspired to a literary career. Some of these writers came no longer from the elite, but from among the so-called bohemians. The bohemians used the press as their usual means of publication and as a legitimising authority, forming the base of literary criticism in France.

The media-friendly bohemians functioned like a shifting group of "day labourers" in journalism, moving from one editorial board to another, learning from older members of the profession, launching new publications and, most of all, injecting journalism with a new, more insolent and artistic, tone. They imposed on the whole profession both their manner of addressing social issues, in relation to fashions and new urban practices, and a style that placed Parisian wit and banter at the heart of their writing. 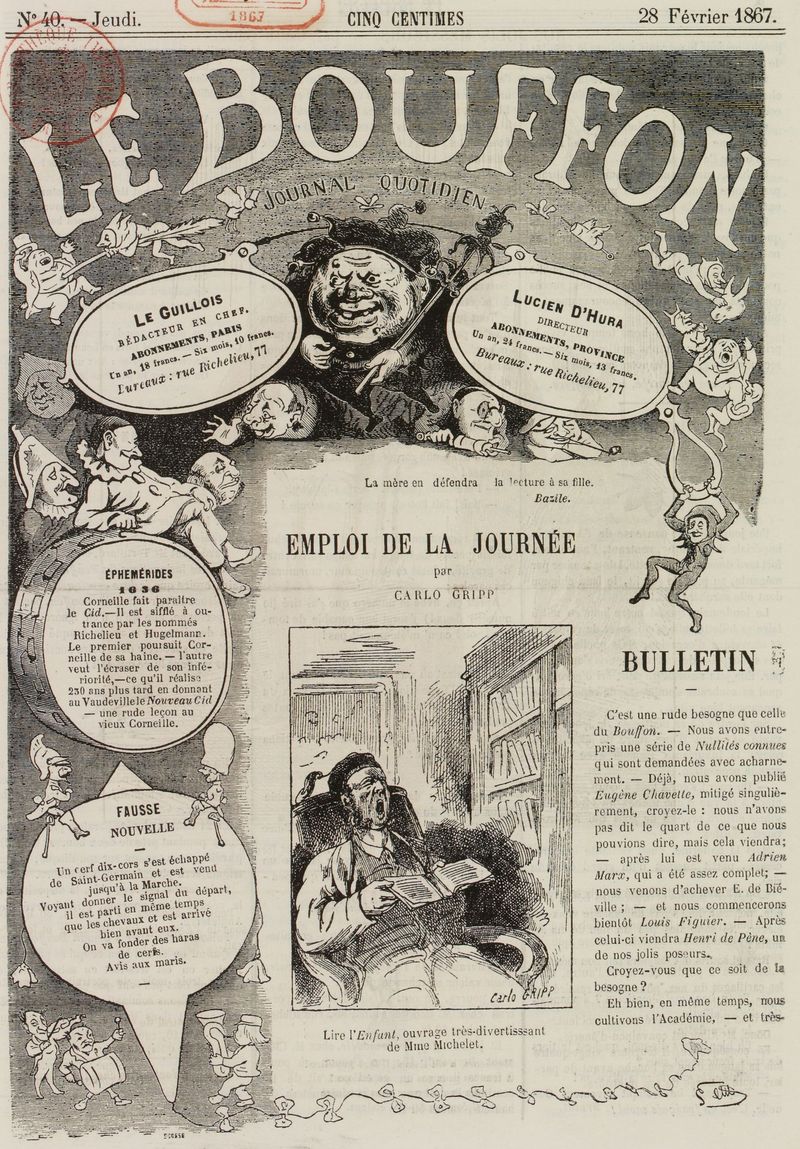 In addition to the bohemians, the entry onto the scene of journalists educated at university or the Ecole normale (for instance Edmond About, Francisque Sarcey) greatly improved the quality of writing, the range of topics addressed and especially the theatrical, literary and artistic critiques. Following the work of literary critic Charles-Augustin Sainte-Beuve, they found their natural place in the press.

Before and After the 1881 Legislation

A second factor in the growth of literature in the press in France is related to the repressive legal regime. As a result of its censorship, which began with the September 1835 laws and was further radicalised by the 1852 legislation, a number of weekly literary or lifestyle newspapers emerged: the "petits journaux" or "little newspapers". The 29 July 1881 law for freedom of the press ushered in a golden age for the press that was to last until France’s defeat in 1940. As the number of general information newspapers multiplied, the journalistic profession became more structured and more independent of the literary circles. 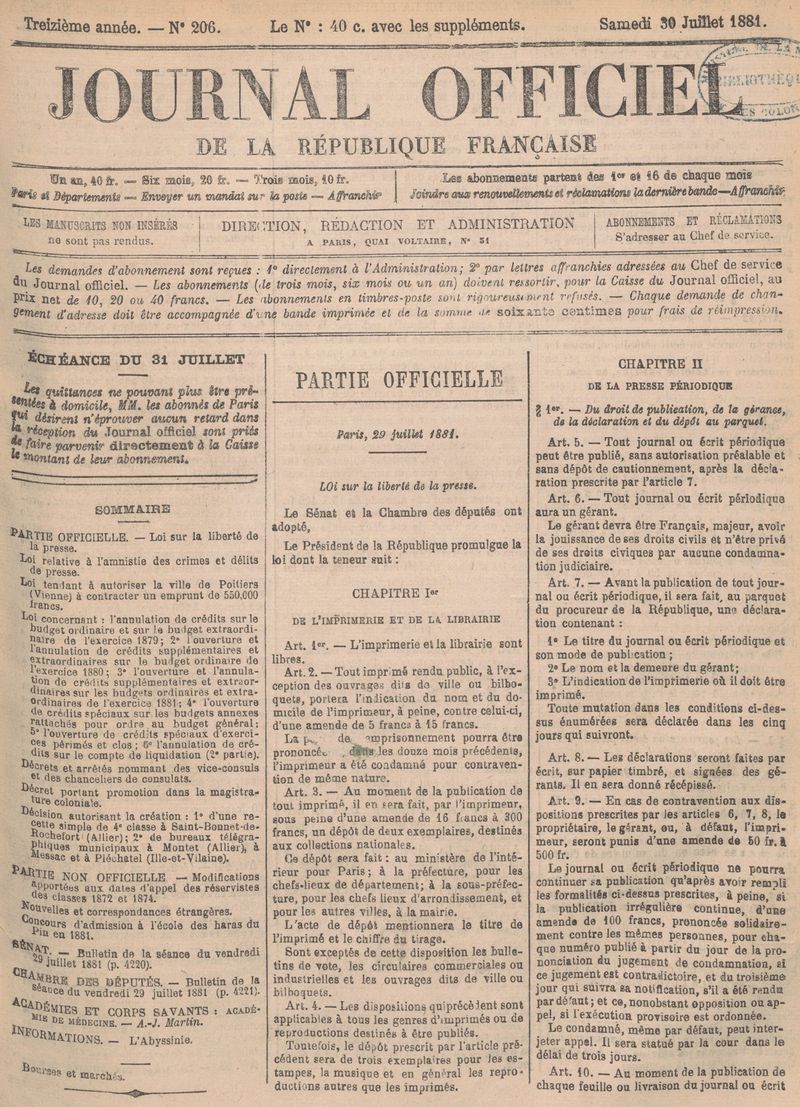 During the French Third Republic (1870-1940), political daily newspapers emphasised the presence of literature in the press, giving free rein to the constant reinvention of media forms and at the same time creating well-known literary supplements. Newspapers such as 'Le Figaro', 'Le Gaulois', 'L'Écho de Paris' and 'Gil Blas' are key to literature studies. They can be seen as an incubator of forms, ideas and genres. Without them, we would have an incomplete picture of what was known as "the literary movement".

Further reading: Read this blog post in French on the National Library of France’s Gallica Blog.