The nature of Turkestan

The legacy of Ernst Kleiber

It was in January 2014 during our second series of Europeana 1914-1918 collection days in Berlin that a very special and unique contribution to our project was made: the richly-illustrated manuscript produced by German prisoner of war (POW) Ernst Kleiber, while he was in Russian custody in Central Asia. 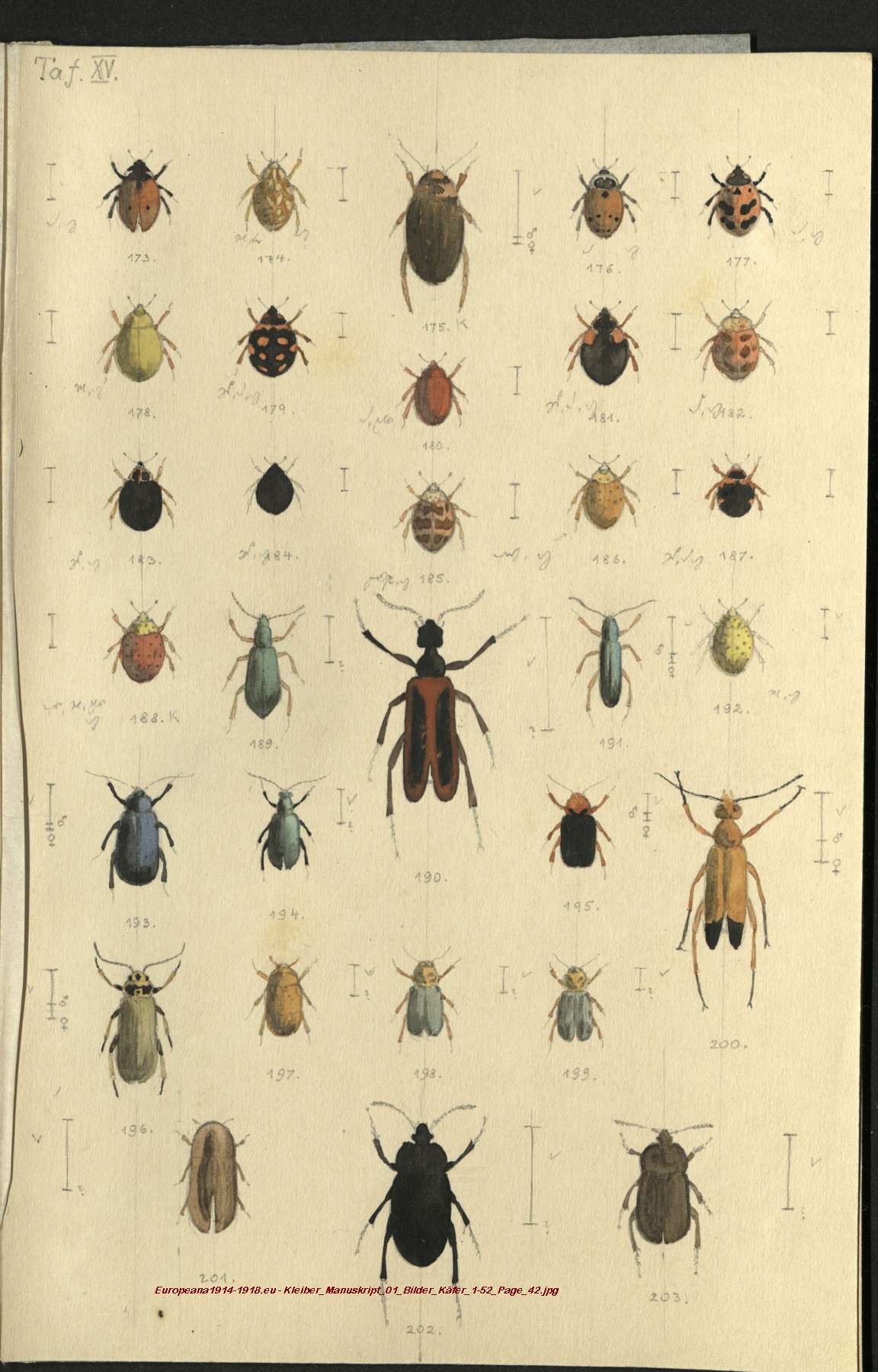 Although he was eventually released in April 1918, Kleiber unfortunately never made it back home. His manuscript, however, returned in safe hands to his family, who have ever since sought to publish it. In 1927, Prague zoologist, Prof. Dr. Ludwig Freund, attested to the scientific value of Kleiber's manuscript but was unable to provide the necessary funds to publish it.

Each document records in meticulous, scientific detail Kleiber's findings on the flora and fauna of Turkestan, the region where he was held captive. His written notes are accompanied by detailed sketches of his surroundings and illustrations of species of flora and fauna he describes in the manuscript. 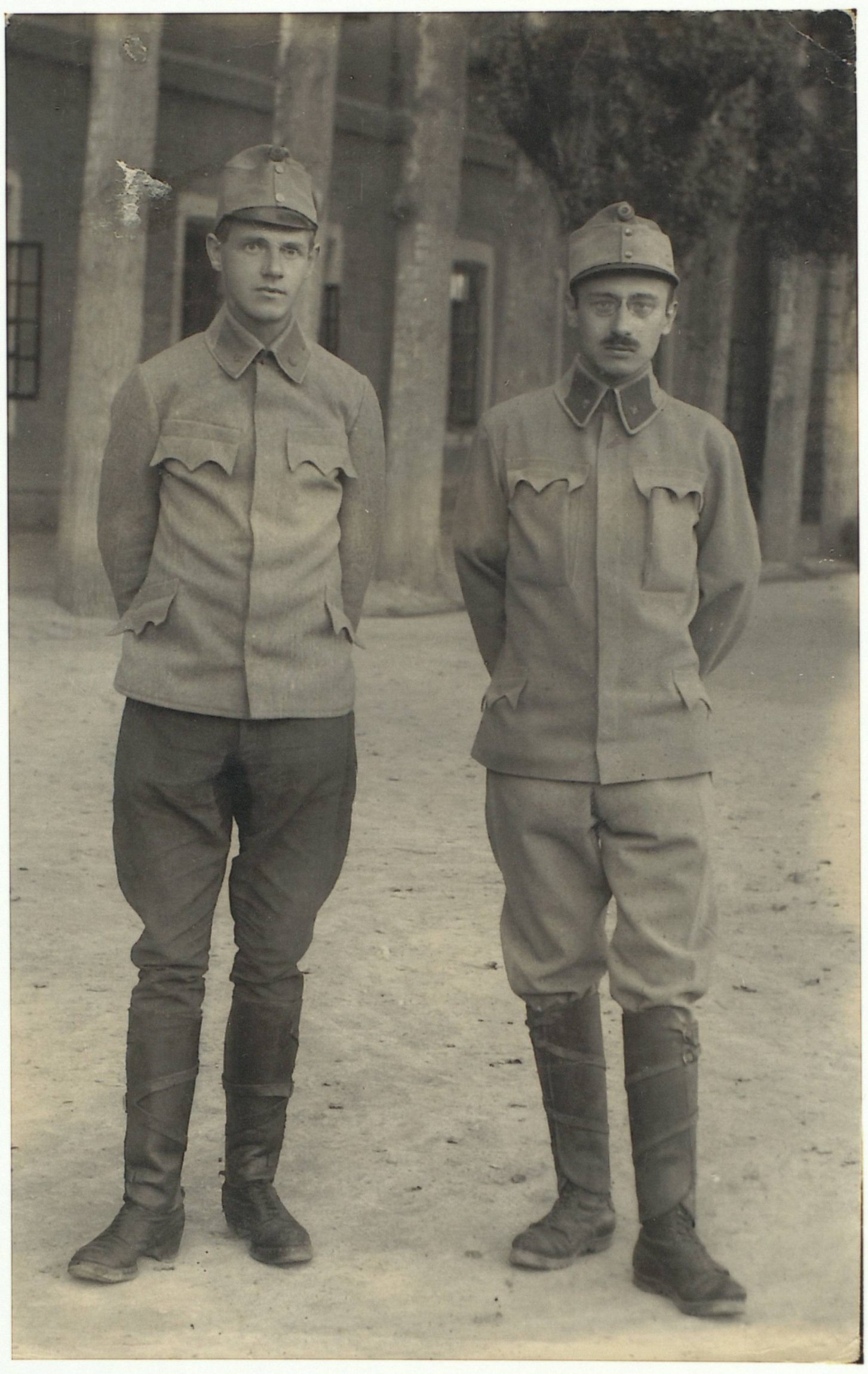 Ernst Kleiber (on the right) standing next to an unidentified soldier, Europeana 1914-1918, CC0

Ernst Kleiber was born on December 15, 1886 in Budweis, now České Budějovice in Czechia. On June 25, 1904, he completed his school education and studied at the Technical University in Prague. He finished his studies there on 15 December 1911. Already in March 1912, the engineer was called to join the technical service at the postal administration in Linz (Lower Austria). He began his service on March 30, 1912. In August 1914 he was "taken in", that is to say, he entered the standing army, and subsequently became an officer (fortification construction) of the K. u. k. Directorate General of the Przemyśl Fortress in Galicia. 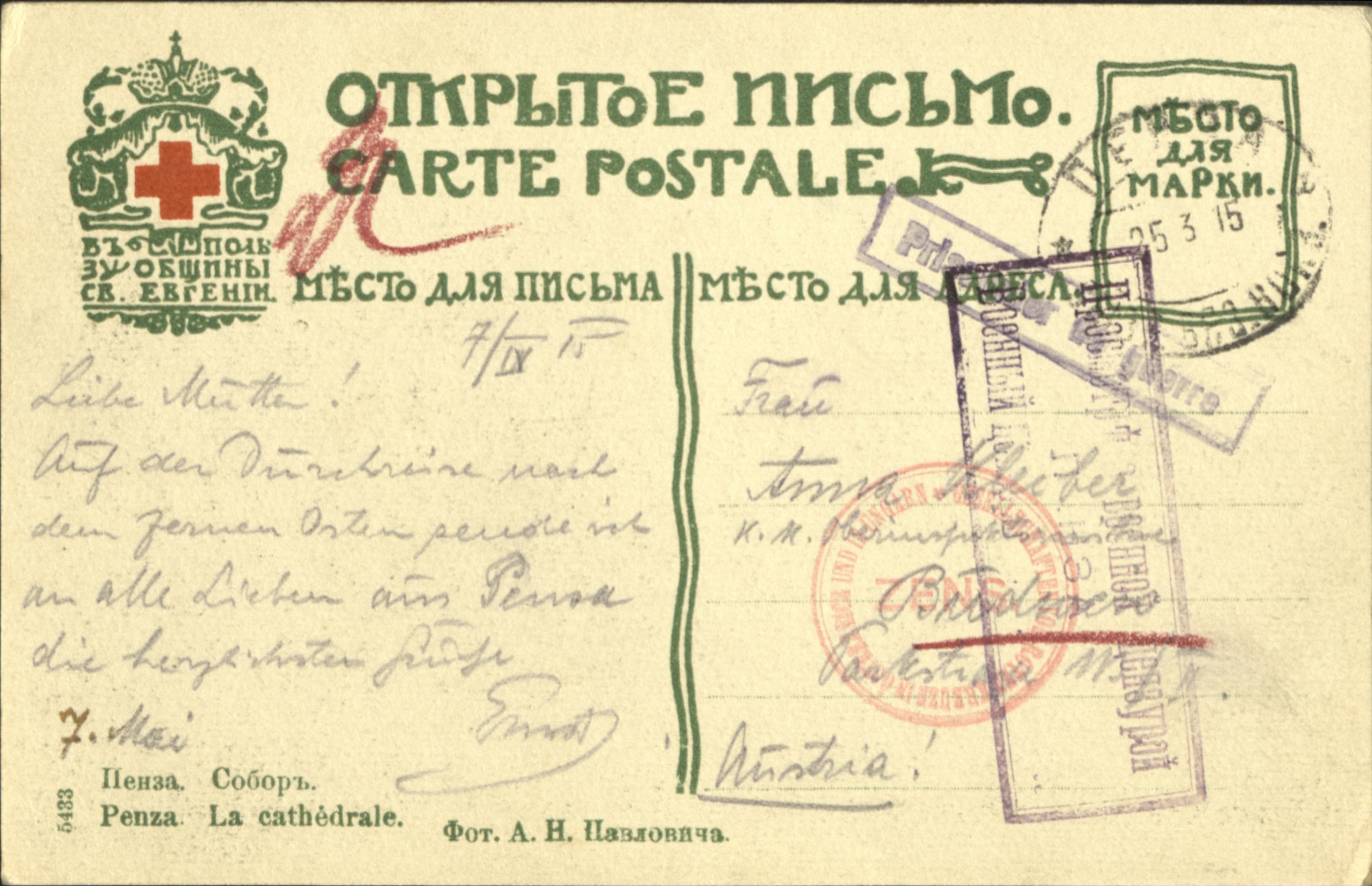 On one of the first postcards after his capture as a prisoner in April 1915 sent from Penza in Russia, Ernst writes to his mother: "Dear Mother, I send my warmest greetings to all the loved ones from Penza as I travel to the Far East”.

Kleiber was taken into Russian captivity in February 1915 during the Russian winter offensive at Przemyśl and was transferred to the Orenburg-Tashkent railway from Orenburg (Оренбург / Russia) to the POW camp Perowsk in Russian Turkestan (Қызылорда / Kysylorda / Kazakhstan) and in October 1916 via Andijan (Andijon / Uzbekistan) moved to the camp in Osh, Fergana region in Russian Turkestan (Kyrgyzstan). It was during his imprisonment that Kleiber drew an extensive work on the flora and fauna of Turkestan. You can appreciate a selection of his drawings in our gallery "Beetles and Butterflies". He was released from captivity in April, but never returned home. On November 23, 1918, his mother received her son's last message: a postcard dated April 26, 1918 in which he expressed his anticipation of a speedy reunion. Since then Ernst Kleiber is officially considered missing. 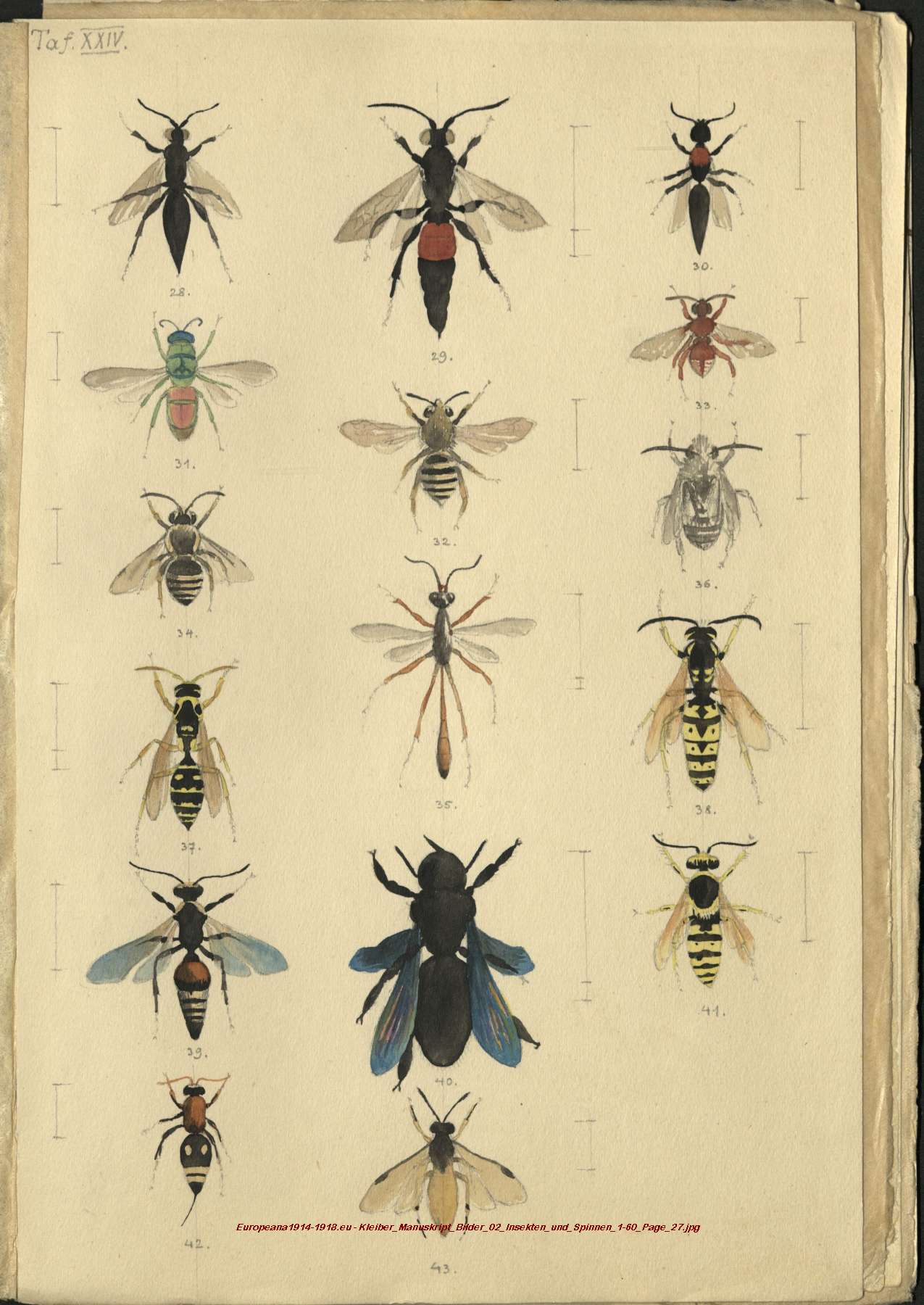 The manuscript of his work "The Nature of Turkestan" (96 pages manuscript, 43 plates) reached his mother via detours. She tried to publish it in the twenties, but without success. It was marked by experts such as Prof. Friedrich Blumentritt, Budweis, and zoologist Prof. Dr. med. Ludwig Freund, Prague, as extremely valuable and that it should necessarily be secured in a public institution, until the funds for a publication could be found. We invite people to work on the transcription and annotation of this very important work with the help of our online transcription tool Transcribathon - learn more about this initiative and our project. Eventually, we hope that Ernst Kleiber's manuscript would become a printed publication.