These pictures aren't just photos of people pulling funny faces, they are the result of an experiment by one of the Fathers of Neuroscience: Guillaume-Benjamin-Amand Duchenne.

Influenced by the fashionable beliefs of physiognomy in the 19th century, Duchenne wanted to determine how the muscles in the human face produce facial expressions.

He believed a person's facial expressions were linked to their very soul. Duchenne is particularly known for the way he triggered muscular contractions with electrical probes, recording the resulting distorted and often grotesque expressions with the recently invented camera.

He published his findings in 1862, together with extraordinary photographs of the induced expressions, in the book The Mechanism of Human Physiognomy. 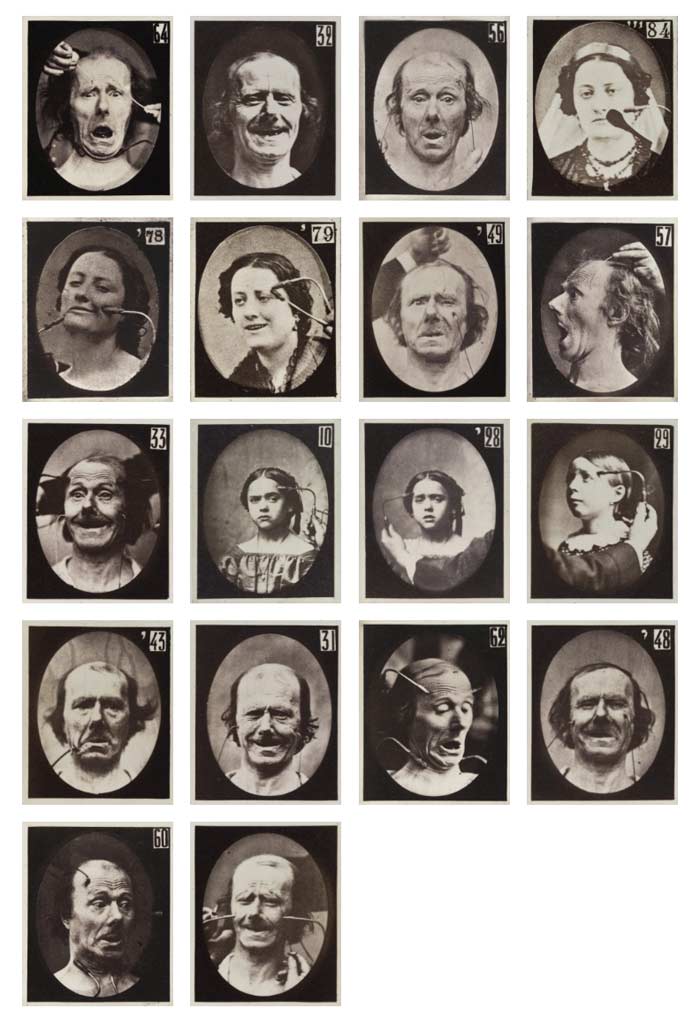 Images from The Mechanism of Human Physiognomy, Guillaume-Benjamin-Amand Duchenne.

Want to find out more about Duchenne? Browse through his many photos, instruments and papers on Europeana.

All images are from the Wellcome Library and lisenced with CC-BY-NC, in Europeana via The European Library.