Guest blog by the National  Library of Latvia to celebrate Latvia's Independence  Day on 18 November.

People have always honoured their heroes - those who have wrought majestic accomplishments and been involved in great historical events - by building monuments to them. Monumental stones and words of gravitas ensure that powerful thoughts and uplifting accomplishments are passed from generation to generation. In Latvia, the declaration of freedom and unity for the people is celebrated every year with an Independence Day on 18 November. In 1935, it included the unveiling of the Freedom Monument. Its sculptural and structural appearance captures the idea of Freedom. 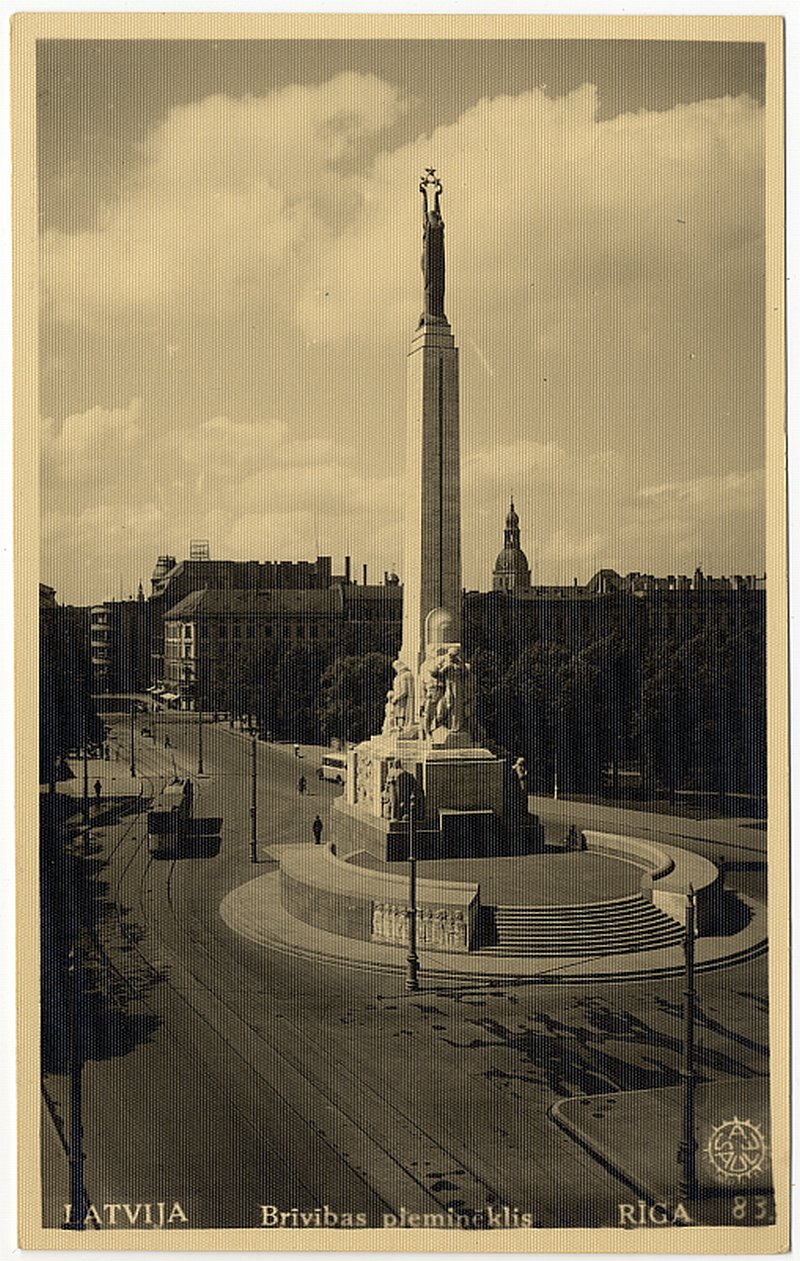 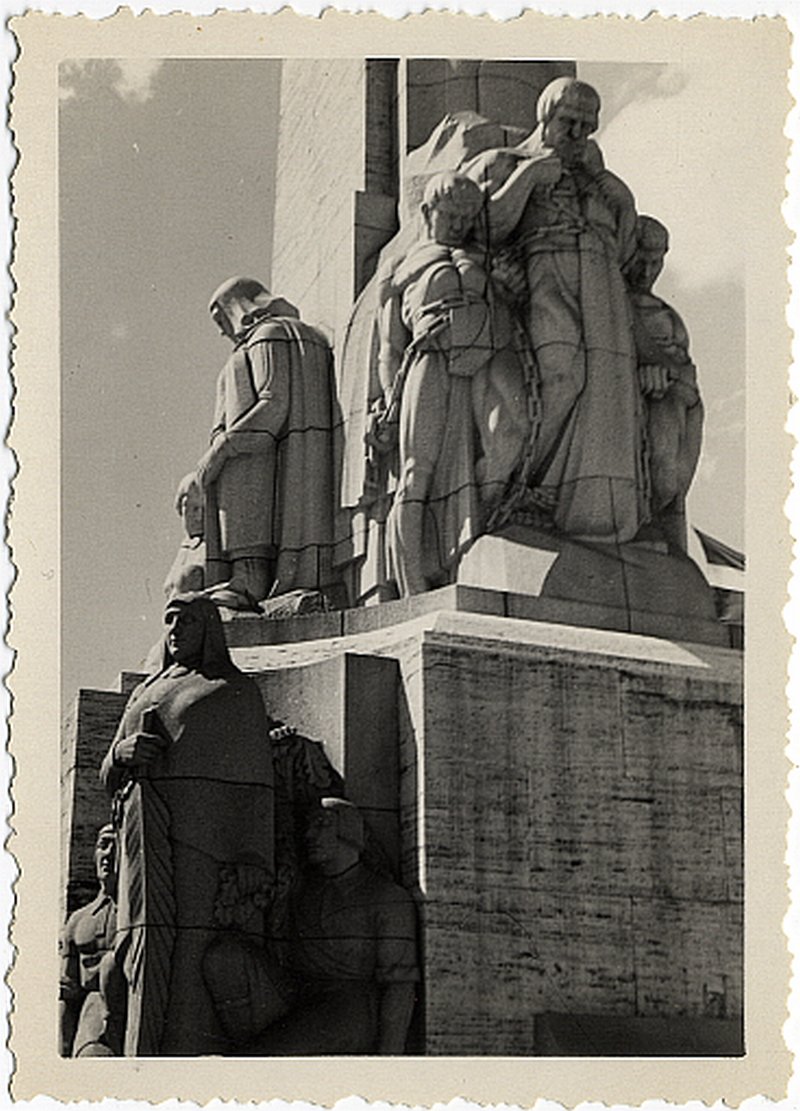 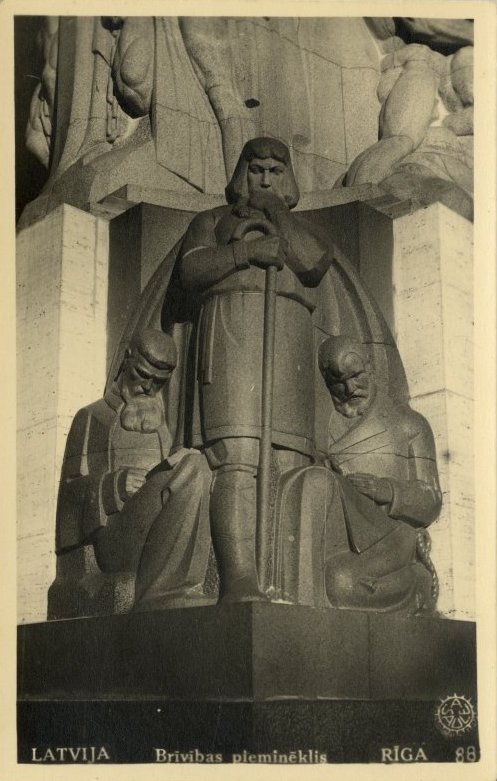 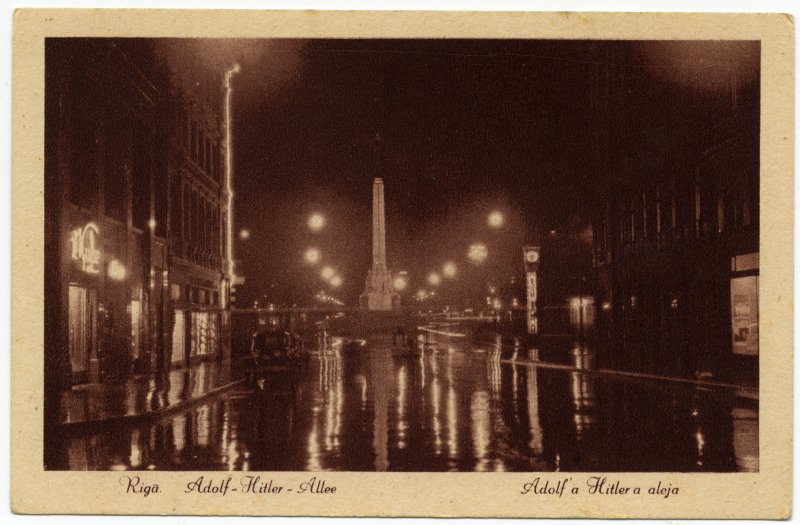 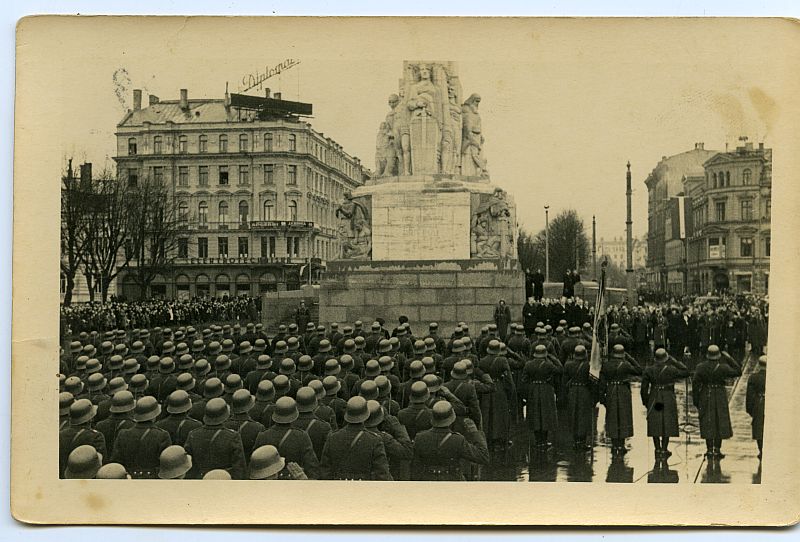 The Freedom Monument rises above the Riga rooftops at the very heart of the capital of Latvia.  The idea of building a monument dedicated to battles for freedom arose in 1922 when the then Prime Minister Zigfrīds Anna Meierovics began preparing for a memorial column. After various competitions, Latvian sculptor Kārlis Zāle was chosen for this work with a project named 'Mirdzi kā zvaigzne!' (Bright as a star!). The construction works started on November 18, 1931, thanks to people’s donations. The monument was established on November 18, 1935, on the 17th anniversary of The Republic of Latvia. The monument carries the words proposed by Kārlis Skalbe – 'Tēvzemei un Brīvībai' (For Fatherland and Freedom). The sculpture depicts a Latvian woman, hewn from copper, lifting three gilded stars symbolising the Latvian regions –Kurzeme, Vidzeme and Latgale and their unity. 13 sculptures and bas-reliefs on the monument depict the history of Latvia – invasion of crusaders, revival of Latvian national self-confidence in the 19th century and battles for freedom.

56 sculptures are arranged in 13 groups on four levels. The base level of the monument symbolises the nation's work ethic, spiritual strength, and striving for independence. The front of the monument features two travertine reliefs -  'Latvian Riflemen' and 'Latvian People: the Singers'. The other groups depict the Latvian basic values: Work, Guards of the Fatherland, Mother — Family Guard, and Scholars. On the sides, the travertine panels bear reference to the Russian Revolution of 1905 and Latvian War of Independence. The middle block symbolises the nation's ideals and striving for freedom: 'Latvia' is ready to defend the Motherland, 'Chain Breakers' try to break free from their chains, 'Lāčplēsis' (an epic Latvian folk hero) encourages the fight against evil powers, while 'Vaidelotis' (a Baltic pagan priest) symbolises spiritual strength. During the Soviet occupation, any gathering at the Freedom Monument was strictly forbidden. Despite this, for Latvian people it was still a symbol for independence. In 1987, around 5,000 people took part in protests organised by 'Helsinki-86' - a movement against the Soviet regime. People lay flowers by the Freedom Monument honouring the victims of mass deportations. The monument once again became the centre of political activity and regained its pre-war legacy. After Latvia regained its independence in 1991, the guard of honour was resumed at the monument. The importance of the Monument of Freedom has not been lost over the decades and will not be lost in the future.