Every year, on 17 March, Irish communities around the world celebrate St. Patrick's Day, or the feast of Saint Patrick. As St. Patrick is the patron saint of Ireland, the day is both a cultural and religious celebration, and an important day in the Irish cultural calendar. To celebrate, we’ve explored the history of the holiday and some of the Irish artefacts you can find in our collections.

Festivities include big parades, ceilidhs, and the wearing of green clothes and shamrocks, or sprigs of clover. St. Patrick is believed to have used clover to represent the Holy Trinity when he brought Christianity to the country, so the plant has a special status and is strongly associated with luck. In this woodcut, you can see why St. Patrick is considered to be the heroic protector of Ireland. The illustration retells the legend of how he drove all the snakes out of Ireland, and saved the Irish people from a plague of reptiles and demons. 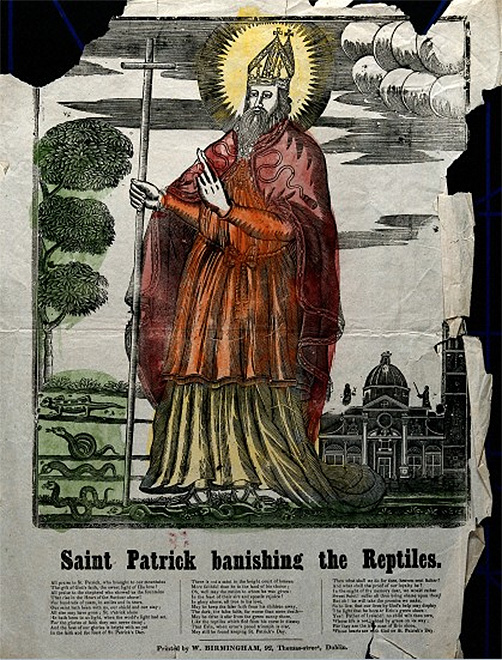 In this sketch, a woman distributes shamrocks to wounded Irish soldiers on a busy hospital ward during the Boer War. It was published in 1900, the same year that Queen Victoria authorised that all Irish regiments could wear shamrocks on their uniform to celebrate St. Patrick - a gesture of gratitude for their service in the war. 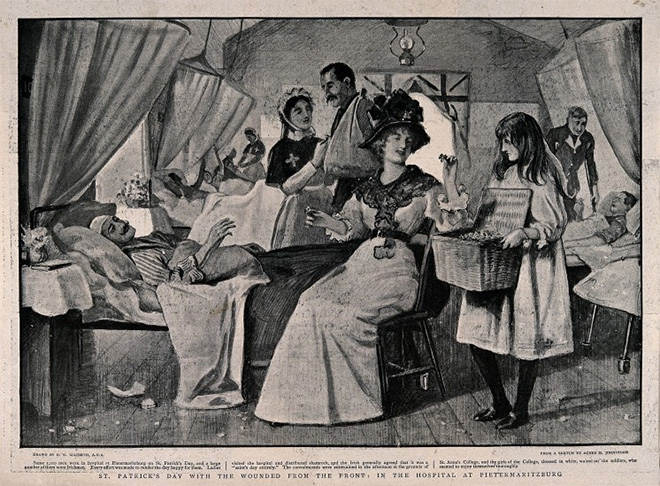 Irish regiments have long played an important role in British war efforts. Here is a letter by an Irish soldier Michael O'Rourke contributed during Europeana 1914-1918 by a relative. He talks about how his parents are both “in my mind now, on St Patrick’s Day”. 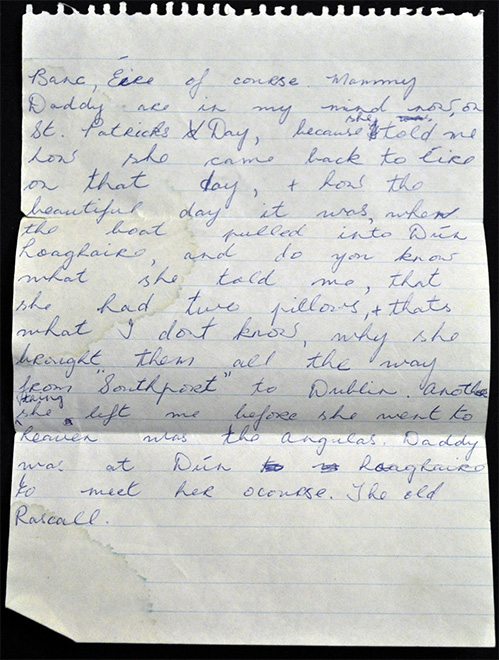 Songs are an important part of all Irish celebrations, and you can learn quite a few from exploring our collections. Here, you can see a songsheet with some popular traditional ballads. 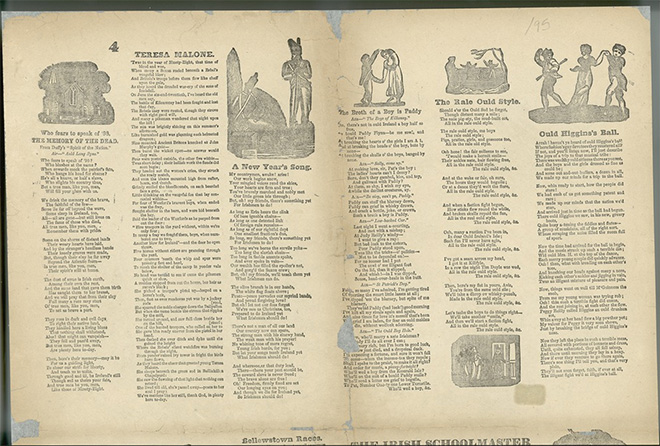 If you'd like to find out more, you can read a blog on Europeana Sounds about Irish music here. There's lots more to discover about the Emerald Isle via Europeana. Why not celebrate the luck of the Irish and see what you can find. 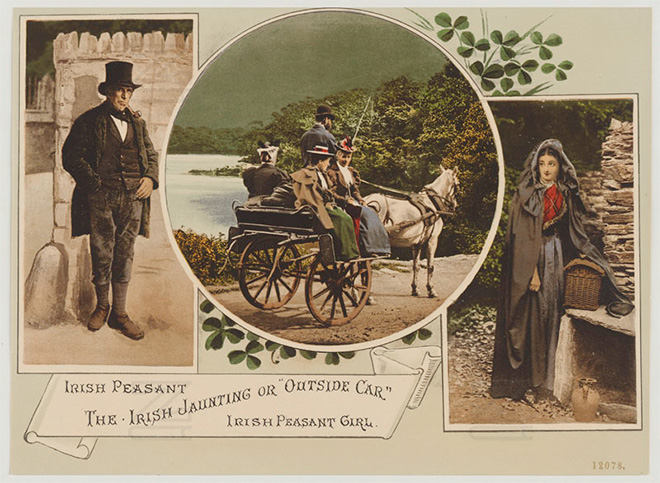