When thinking of a first world war game, some images immediately come to mind: huge battlefields where players shoot each other over and over again, constantly dying and respawning, gamers shouting at each other through their headsets, tanks rolling over your dead virtual corpse just to spite you. 11-11 Memories Retold is a first world war game, but it is as far removed from the clichés in that genre as can be. 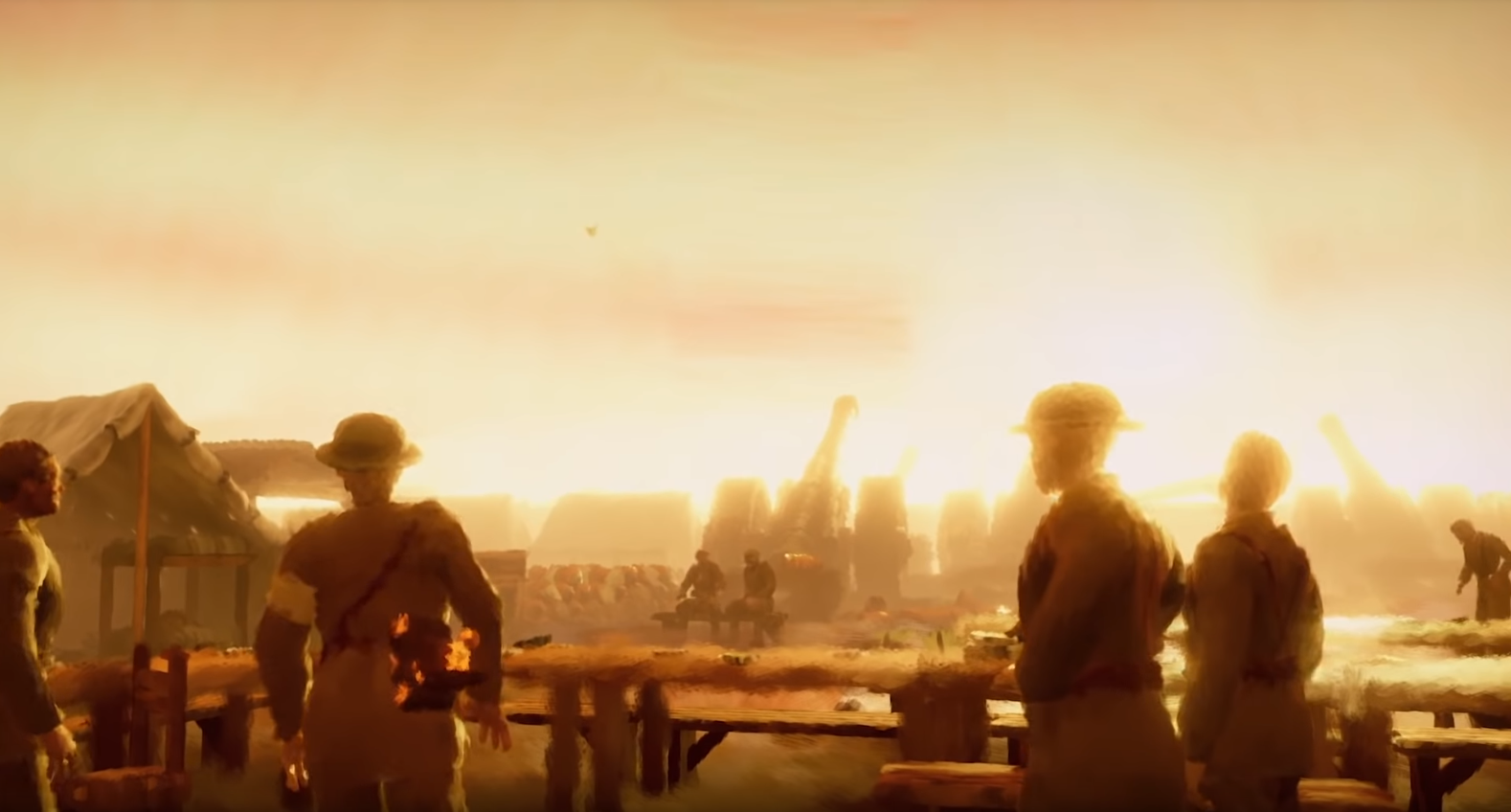 Maybe the most striking thing about this game is its graphics. The game studio Bandai Namco paired up with DigixArt and Aardman animations to create a painterly art style for the game, every item and effect made up of individual shifting brushstrokes. As a player, you feel like you’re immersed in a living impressionist painting, with vivid colours and beautiful lighting effects that makes you stop and stare at the scenery every so often. What’s more is that the art style aids in the narrative development, conveying emotions through the drab grey skies of the front versus the warm fuzzy colours of home. ﻿﻿ Gif from the launch trailer of 11-11: Memories Retold. Via GIPHY. The story follows Kurt and Harry, one German, one Canadian, in their experiences of the last months of World War One. They both join the war for different reasons, in a different context, but their stories intertwine as they both end up at the front in Vimy, France. You discover the plot of the game through beautifully narrated voice work from none other than Elijah Wood as Harry and Sebastian Koch as Kurt. The sound design and music of the game blend beautifully with the voiceover work to create an immersive storytelling experience where you become invested in the lives of the characters you’re playing as, making decisions that impact the story as you go. ﻿ Discovering Europeana items while playing. Via Giphy. Source. What makes the first world war feel even more alive in this game is the way that real-world memories have found their way into 11-11 Memories Retold. The developers worked together with, among others, Europeana, to fill their game world with historical footage and objects. Throughout the story, you can find collectable scraps of paper on the ground that combine to reveal historical context along with a digitised object from that era. These little bits of flavour create an incentive to explore the game world more to find these collectables. The inclusion of these real memories of the past makes 11-11 Memories Retold cross the line between being a fictitious storytelling experience and an immersive form of remembrance.

11-11 Memories retold is especially reminiscent of Valiant Hearts: the Great War, a game by Ubisoft that came out in 2014. It combines a specific art style, two crossing paths, storytelling without the use of gun combat, and the inclusion of historical context, into a beautiful form of gaming as remembrance. There’s something poetic in the fact that Valiant Hearts came out 100 years after the start of WW1, and the launch of Memories Retold heralds the centenary of the end of the Great War. Europeana will be remembering the end of World War 1, and the finale of the Europeana 14-18 campaign, at the centenary tour finale in Brussels on 27-28 November. Featured image: Still from the 11-11: Memories Retold launch trailer. Source.