How the European Union was set in motion in 1950

To those of us who live here, the European Union is something that we argue about - who’s in, who’s out, who’s in charge - but ultimately, I think, something we take for granted as a way of organising and maximising trade and quality of life in this part of the world. Certainly for anyone under 50 or so, this is the way it’s always been. But it had to start somewhere, and today we celebrate one of its founding fathers, Robert Schuman (not to be confused with German composer, Robert Schumann!). 9th May is Europe Day. It commemorates the signing of the Schuman Declaration of 9th May 1950.

Following two world wars, both of which devastated countries within Europe, leaders across the continent were keen to work together, co-operating to build a better future. Schuman, then French Foreign Minister, proposed a new way of organising the states of Europe, unifying them, and transforming life and trade within them. The coal and steel industries of separate countries would all be placed under a common authority. There would be a single market ethos to revitalise the economies of both Europe and the wider world. There would be a world first - an international anti-cartel agency. And as a political entity, Europe would control things like justice at a higher level than within individual countries so that the likes of the atrocities of the second world war could never happen again. The European Coal and Steel Community was created as a result of the Schuman declaration. Then came several other European Communities and ultimately the European Union itself.

But it was about more than trade. The Schuman declaration also aimed to make war between Europe’s member states impossible and to promote world peace. Peace even in one continent is a challenging ambition but, it turns out, an achievable one - in 2012, nearly 50 years after Schuman’s death, the European Union won the Nobel Peace Prize for "for over six decades [having] contributed to the advancement of peace and reconciliation, democracy and human rights in Europe". 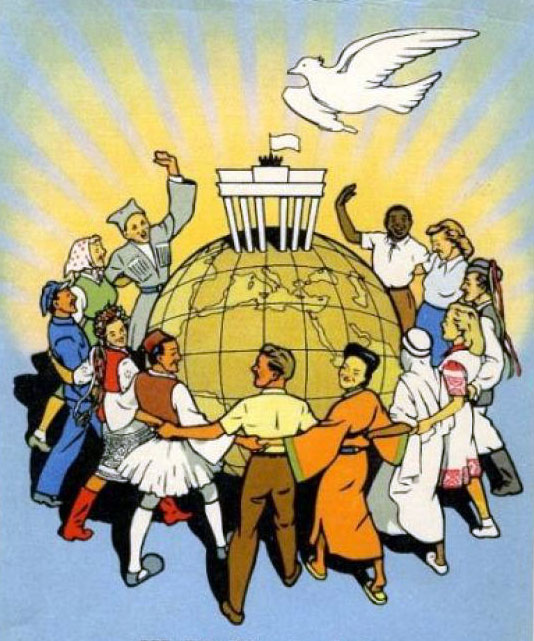 World peace is never a wasted wish when blowing out your birthday candles, or entering the Miss World beauty pageant. But we never really expect that wish to work. Schuman did, and he did something about it. For that, I, as a European, am grateful. Happy Europe Day!

If you want to find out more, why not read this Manchester Guardian article (in English) by French philosopher Raymond Aron published in 1950? There's also plenty to discover via our collections here.