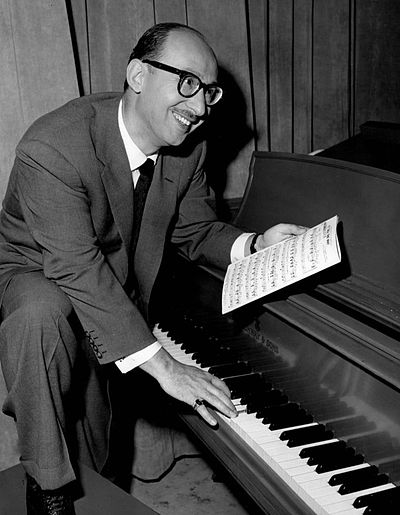 Sammy Cahn (June 18, 1913 – January 15, 1993) was an American lyricist, songwriter and musician. He is best known for his romantic lyrics to films and Broadway songs, as well as stand-alone songs premiered by recording companies in the Greater Los Angeles Area. He and his collaborators had a series of hit recordings with Frank Sinatra during the singer's tenure at Capitol Records, but also enjoyed hits with Dean Martin, Doris Day and many others. He played the piano and violin. He won the Academy Award four times for his songs, including the popular song "Three Coins in the Fountain".Among his most enduring songs is "Let It Snow! Let It Snow! Let It Snow!", cowritten with Jule Styne in 1945.