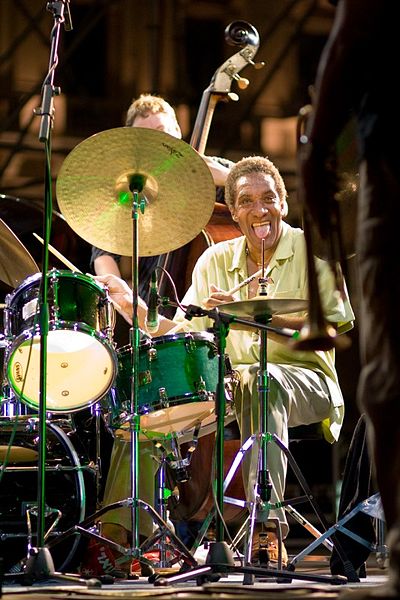 Al Foster (born January 18, 1943 in Richmond, Virginia) is an American jazz drummer. Foster played with Miles Davis's large funk fusion group in the 1970s, was one of the few people to have contact with Miles Davis during his retirement, and was also part of his comeback album The Man with the Horn in 1981. He was the only musician to play in Davis's band for both periods.Foster has toured extensively with Herbie Hancock, Sonny Rollins, and Joe Henderson. He is a versatile drummer who has played in musical styles ranging from bebop to free form to jazz/rock.