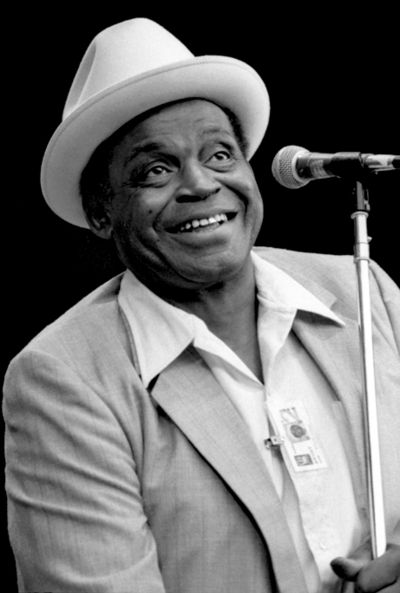 William James "Willie" Dixon (July 1, 1915 – January 29, 1992) was an American blues musician, vocalist, songwriter, arranger and record producer. A Grammy Award winner who was proficient on both the upright bass and the guitar and as a vocalist, Dixon is perhaps best known as one of the most prolific songwriters of his time. Next to Muddy Waters, Dixon is recognized as the most influential person in shaping the post-World War II sound of the Chicago blues.Dixon's songs have been recorded by countless musicians in many genres as well as by various ensembles in which he participated. A short list of the his most famous compositions includes "Hoochie Coochie Man", "I Just Want to Make Love to You", "Little Red Rooster", "My Babe", "Spoonful", and "You Can't Judge a Book by the Cover". These tunes were written during the peak of Chess Records, 1950–1965, and performed by Muddy Waters, Howlin' Wolf, Little Walter, and Bo Diddley; they influenced a worldwide generation of musicians.Dixon also was an important link between the blues and rock and roll, working with Chuck Berry and Bo Diddley in the late 1950s. His songs were covered by some of the biggest artists of more recent times, such as Bob Dylan, Cream, Jeff Beck, The Doors, Jimi Hendrix, Led Zeppelin, and The Rolling Stones. For a more comprehensive list of Willie Dixon's songs and artists who have recorded them, see List of songs written by Willie Dixon.