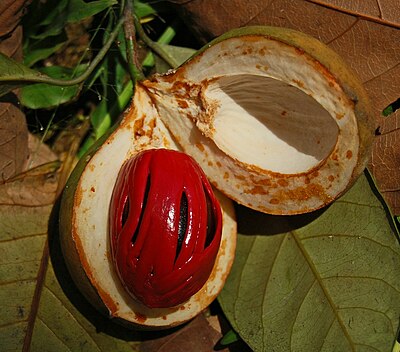 Botany, also called plant science(s) or plant biology, is the science of plant life and a branch of biology. A botanist is a scientist who specializes in this field of study. The term "botany" comes from the Ancient Greek word βοτάνη (botane) meaning "pasture", "grass", or "fodder"; βοτάνη is in turn derived from βόσκειν (boskein), "to feed" or "to graze". A person who studies plants may be called a botanist or a plant scientist. Traditionally, botany has included the study of fungi and algae, studied by mycologists, phycologists respectively, with the study of plants and these three groups of organisms remain within the sphere of interest of the International Botanical Congress. Nowadays, botanists study approximately 400,000 species of living organisms of which some 260,000 species are vascular plants and about 248,000 are flowering plants.Botany originated in prehistory as herbalism with the efforts of early humans to identify – and later cultivate – edible, medicinal and poisonous plants, making it one of the oldest branches of science. Medieval physic gardens, often attached to monasteries, contained plants of medical importance. They were forerunners of the first botanical gardens attached to universities, founded from the 1540s onwards. One of the earliest was the Padua botanical garden. These gardens facilitated the academic study of plants. Efforts to catalogue and describe their collections were the beginnings of plant taxonomy, and led in 1753 to the binomial system of Carl Linnaeus that remains in use to this day.In the 19th and 20th centuries, new techniques were developed for the study of plants, including methods of optical microscopy and live cell imaging, electron microscopy, analysis of chromosome number, plant chemistry and the structure and function of enzymes and other proteins. In the last two decades of the 20th century, botanists exploited the techniques of molecular genetic analysis, including genomics and proteomics and DNA sequences to classify plants more accurately.Modern botany is a broad, multidisciplinary subject with inputs from most other areas of science and technology. Research topics include the study of plant structure, growth and differentiation, reproduction, biochemistry and primary metabolism, chemical products, development, diseases, evolutionary relationships, systematics, and plant taxonomy. Dominant themes in 21st century plant science are molecular genetics and epigenetics, which are the mechanisms and control of gene expression during differentiation of plant cells and tissues. Botanical research has diverse applications in providing staple foods and textiles, in modern horticulture, agriculture and forestry, plant propagation, breeding and genetic modification, in the synthesis of chemicals and raw materials for construction and energy production, in environmental management, and the maintenance of biodiversity.