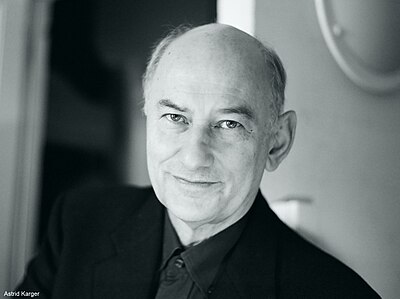 Hugues Dufourt is a French composer and philosopher associated with the Spectral school of composition. Born in Lyon on September 28 1943, Dufourt studied piano and composition at the Geneva Conservatory.Dufourt became co-director of the Ensemble l'Itinéraire in 1973 and founded CRISS (Collectif de Recherche Instrumentale et de Synthèse Sonore—Instrumental and Sound Synthesis Research Collective) in 1977. It was for CRISS that he composed in 1978–79 his best-known work, Saturne, for percussion, wind ensemble, and electronics—a work inspired by Erwin Panofsky's analysis of etchings by Albrecht Dürer (Castanet 2001; Pasler 2011, 227).Many of Dufourt's larger works have been inspired by the paintings of artists as various as Brueghel, Giorgione, Rembrandt, Poussin, Guardi, Goya, and Pollock (Pasler 2011, 198, 227).