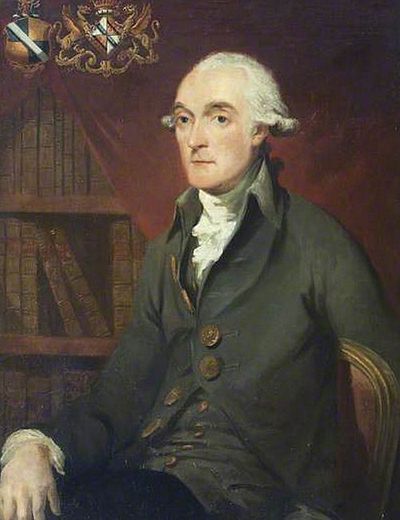 Bennet Langton (c. 1736 – 1801) was an English writer and a founding member of the Literary Club. He is best known for his close friendship with writer Samuel Johnson and his numerous appearances in James Boswell's book The Life of Samuel Johnson. Langton was born to the Reverend Bennet Langton (1696–1769) and his wife, Diana, daughter of Edmund Turner of Stoke Rochford, Lincolnshire, and descendant of the old family of the Langtons of Langton, near Spilsby, Lincolnshire. He was baptised in York on 11 January 1736, and he graduated from Trinity College, Oxford in 1757.He gained an introduction to Johnson as a young man due to his interest in The Rambler. He attended to Johnson during his last illness and was left a book in his will. He succeeded Johnson as professor of ancient literature at the Royal Academy.Langton also contributed to The Idler. He married Mary, née Lloyd (d. 1785), widow of John Leslie, 10th Earl of Rothes, in 1770 and they had four sons and five daughters. He died in Southampton on 18 December 1801; there is a memorial to him in Southampton's St. Michael's Church, with the epitaph written by Johnson.