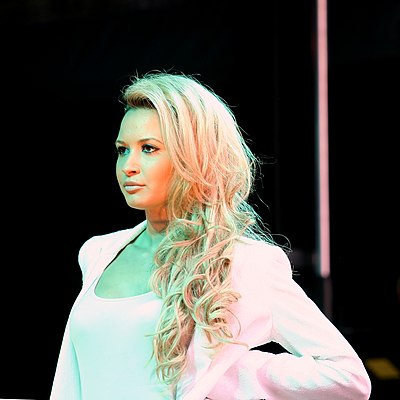 Mandy Grace Capristo (born March 21, 1990) is a German singer, songwriter, dancer, and model. Born in Mannheim, Baden-Württemberg and raised in Bürstadt, Hessen, she was first exposed to singing and dancing competitions in 2001, when she won Kiddy Contest, a reality television singing competition for teens in Austria, with her song “Ich wünsche mir einen Bankomat”. In the mid to late 2000s, Capristo rose to fame as a founding member of the girl band Monrose, the result of the fifth season of the German television talent show Popstars. Until their disbandment in 2011, the trio released four studio albums and eleven singles.Following the break-up of Monrose, Capristo launched her solo career as a singer. In 2011, she collaborated with singer Peter Maffay on his Tabaluga musical track “Die Zeit hält nur in Träumen an”. In between recording her first solo album Grace (2012), Capristo participated in the fifth season of Let's Dance. Her first solo single, "The Way I Like It", was released in April 2012.