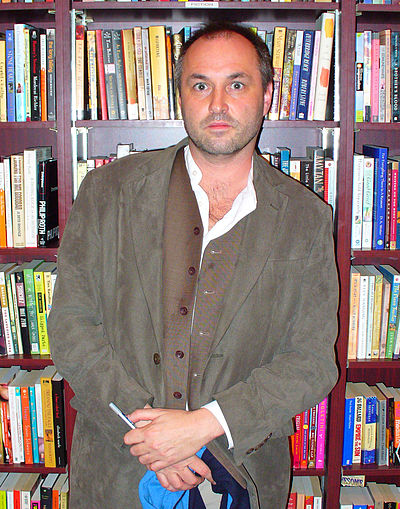 Colum McCann (born 28 February 1965) is an Irish writer of literary fiction. He was born in Dublin, Ireland and now lives in New York. He is a Distinguished Professor of Creative Writing in the Master of Fine Arts program at Hunter College, New York with fellow novelists Peter Carey and Claire Messud, and has visited many universities and colleges all over the world, including the European Graduate School.His work has been published in 35 languages and has appeared in the New Yorker, Esquire, Paris Review, Granta, The Atlantic Monthly, GQ, Tin House, Bomb as well in several other places. He has written for the New York Times, Esquire, The Paris Review, The Atlantic Monthly, GQ, The Times, The Irish Times, Granta, la Repubblica, Die Zeit, Paris Match, The Guardian, The Independent as well as many other international publications.His novels include Songdogs, This Side of Brightness, Dancer, Zoli, Let the Great World Spin, and TransAtlantic.