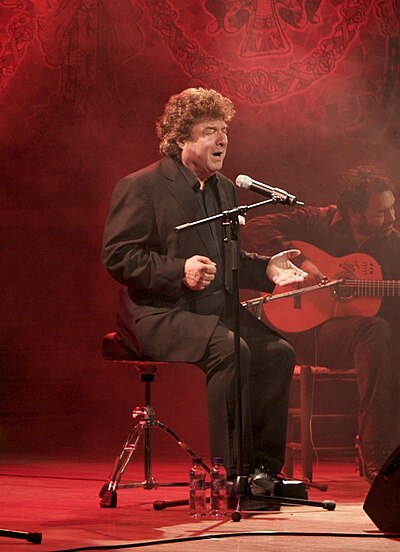 Enrique Morente Cotelo (25 December 1942 – 13 December 2010), known as Enrique Morente, was a flamenco singer and a controversial figure within the world of contemporary flamenco. After his orthodox beginnings, he plunged into experimentalism, writing new melodies for cante (flamenco singing) and jamming with musicians of all styles, without renouncing his roots in traditional flamenco singing, which he kept on cultivating. In spite of severe criticism from the most "purist" amongst the critics and public, he was perhaps the most influential contemporary flamenco singer, who not only innovated, but it could also be said that he created tradition: some of his cantes have been performed by other singers such as Camarón de la Isla, Mayte Martín, Carmen Linares, Miguel Poveda, Segundo Falcón and Arcángel. He also is the father of flamenco singer Estrella Morente.